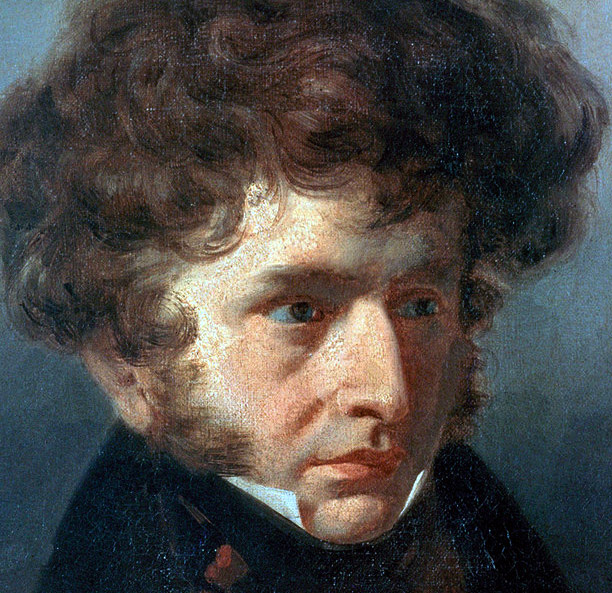 On hand, Armanet introduced the American premiere of his The T, a salute to our own MBTA. The composer, himself, apparently has never ridden it. Rather, he looked back in history and marveled at the first subway in North America, as a symbol of the New World.

In the upper register of the Steinway, Boston pianist Paulius Pancekauskas got the wheels rolling with lovely French-ness. What was Armanet thinking, though, with Debussy rippling more like a stream than one of Boston’s early electric traction vehicles. Pancekauskas’s sensitive touch, along with the early 20th-century harmonies of Armanet, would spin out mostly pleasant traveling. Both composer and pianist connected through minimalistic naiveté. One crescendo, one chromatic figure after another summoned fractals, the tracks, to mind. Alerting train horn sounds intervened. Every so often, minimalism took a back seat to lush Parisian harmony surfacing with no obvious cause, such as in melancholy.

After intermission, another set followed with clarinetist Milos Bjelica and Pancekauskas in Première rhapsodie. This Debussy, originally written for the two instruments, reminded Bjelica of rainy days like the one here earlier in the afternoon and of Monet’s paintings. Bjelica and Pancekauskas, both Boston-based performers and educators, received their Master of Music degrees from Longy School of Music of Bard College and are currently pursuing Artist Diplomas there. Moments of refined lines and hues to be relished left other moments yet to be thoroughly thought through.

Many fleeting shifts eluded the duo in Poulenc’s Sonata for Clarinet and Piano, dedicated to the memory of an old friend, Swiss composer Arthur Honegger. The Allegro tristamente caught hold in one instant and in another not. The deeply touching melody in the slow movement indicating tres doux et melancolique began with Bjelica’s slow soft tones convincingly reaching inwardly. The ensuing quicker embellishing notes turned rigid. For some reason, Pancekauskas understated the left-hand chordal accompaniment. Such attention to detail in the duo’s early encounter with Poulenc surely shows learning in progress. They issued the concluding Allegro con fuoco (Très animé) in fine tempo but overplayed à l’américaine, as the French might be indicting rough and rowdy.

After further wine (this writer practiced abstinence) and conversation, soprano Laura McHugh, who is enjoying “a thrilling rise that began with a 1st Place win in the 2018 National Classical Singer Competition,” offered a dramatic-melodramatic La Mort de Cléopâtre. I wonder how many of us enjoying the soirée might have wished for a printed-out translation of the Berlioz cantata, or at the very least, a brief account of Pierre-Ange Vieillard’s writing. “My shame is assured…There is nothing more for me but eternal night,” declares Cléopâtre, the Queen of Egypt choosing freedom through death over humiliation of defeat.

Attired in all-white floor-length dress, McHugh appeared ready for heavenly ascent. Her clear enunciation and calming approach in the opening of the aria Ah! qu’ils sont loin ces jours and her lower, darker tones of the recitative Grands Pharaons, nobles Lagides revealed her at her best, but too much significance to high register singing marred this performance. Pancekauskas succeeded in keeping pace with the piano reduction of the orchestral score, with the final tremolo, dark, forbidding under his hands.

Comments Off on A BRAI and FCC Soirée