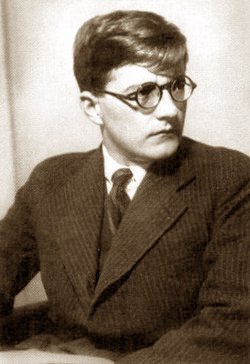 The Grammy-winning streak of Andris Nelsons and the BSO came to a halt this past Sunday. The first three installments of their Shostakovich symphony cycle for Deutsche Grammophon had won the Grammy for Best Orchestral Performance: No. 10 in 2016; Nos. 5, 8, and 9 in 2017; Nos. 4 and 11 in 2019. This year’s contender would have been the two-disc set featuring Nos. 6 and 7, but it wasn’t among the five nominees. I don’t find any falling-off in those interpretations, particularly the Leningrad Seventh. But Shostakovich symphonies had won for Best Orchestral Performance four years running (Manfred Honeck and the Pittsburgh Symphony took the honors in 2018 for a disc that featured the Fifth), so perhaps the nominating committee decided enough was enough.

In any case, Nelsons and the orchestra have already given us two underrated Shostakovich symphonies this season, the Second (To October) and the Twelfth (The Year 1917), and this past weekend we got, as a bonus, Rudolf Barshai’s chamber-symphony arrangement of the composer’s String Quartet No. 8 — which is by far the most popular of his 15 string quartets. At just over 20 minutes, it’s by no means the longest, but it’s the most personal. The BSO had never previously programmed the Chamber Symphony, as it’s called, and though what I heard Tuesday, in the last of the orchestra’s four performances, mightn’t have been a Grammy winner, it was still a treat.

Shostakovich composed the C-minor Eighth in July 1960 in the spa town of Gohrisch, south of Dresden, where he had gone to write a score for the propaganda film Five Days, Five Nights. That project proved difficult at first, so he warmed up, as it were, by writing the Eighth in just three days. The work premiered that October in the Small Hall of the Leningrad Philharmonic and elicited a positive reception in Soviet Russia, with Party members declaring it represented “the Party’s stand against fascism and abhorrence of war.”

All the same, 1960 was not an easy year for Shostakovich. Nikita Khrushchev had appointed him general secretary of the newly created Union of Composers of the Soviet Federation, for which position he was required to join the Communist Party. His impulsive second marriage to Margarita Kainova had failed, and a difficulty with his right hand that prevented his playing the piano was subsequently diagnosed as polio. The Party line had it that it that the quartet was a response to the Allied firebombing of Dresden; the dedication — not necessarily penned by the composer — reads “To the Memory of the Victims of Fascism and War.” Yet Shostakovich, in a letter to his friend Isaak Glikman, writes that the piece more accurately could have carried the dedication “To the memory of the composer of this quartet.”

It’s hard not to view the Eighth as autobiographical. The five movements are strung together without pause — Largo, Allegro molto, Allegretto, Largo, and Largo — and every one includes Shostakovich’s signature motto, the notes D–E-flat–C–B, which in German notation would be D–S–C–H, an obvious reference to the German transliteration of the composer’s name. In his letter to Glikman, Shostakovich goes on to say that the quartet quotes from his own works — the First, Eighth, and Tenth Symphonies, the First Cello Concerto, the Second Piano Trio, and his opera Lady Macbeth of Mtsensk District — as well as citing the revolutionary song “Tormented by Harsh Captivity” and hinting at Siegfried’s Funeral March from Götterdämmerung and the second theme from the first movement of the Pathétique.

Not everyone hears the references to Wagner (the gunshot-like chords that pepper the fourth movement?) and Tchaikovsky. But the self-quotations are unmistakable. The first Largo begins as a fugue on the D–S–C–H motto before making ghostly, slowed-down allusions to the First Symphony and then the Fifth. The moto perpetuo Allegro molto incorporates a frenzied version of a Jewish theme from the Second Piano Trio; like so many of Shostakovich’s fast movements, it suggests the Proletariat on the run from the Party. The Allegretto summons in its middle section the opening four-note motif of the First Cello Concerto; like all of the composer’s waltzes, this is a dance of decadence and romance and death. The fourth-movement Largo makes extended reference to “Tormented by Harsh Captivity,” and it’s no accident that the Lady Macbeth of Mtsensk District quotation — Katerina’s aria “Seryozha! My dearest!” — is from act four, when Katerina and Sergei, now convicted murderers, are on their way to Siberia. The final Largo, a reflection on the first, doesn’t look back to Shostakovich’s works or anyone else’s; it’s the composer’s present tense.

Barshai was a longtime friend of Shostakovich’s, and he made chamber-symphony arrangements of several of the composer’s string quartets. This one, from 1967, is a straightforward affair that had Shostakovich’s approval. For these performances, Nelsons assembled a healthy string component of 50. He gave a palpable shape to the symphony quotations, both of which end on a kind of D–S–C–H cadence/chorale. In between, there was a sinuous melody that Barshai set for solo violin and to which first associate concertmaster Tamara Smirnova did full justice.

The Allegro molto seemed fast enough, but neither the D–S–C–H motto nor the Second Piano Trio quotations were really scary, and then the Allegretto, almost at the same tempo, didn’t quite swing, though the trio brought brought consolation in the form of a yearning solo, based on the D–S–C–H motto, from principal cello Blaise Déjardin. The motif from the First Cello Concerto tries to continue into the fourth-movement Largo but keeps getting interrupted by a gruff three-note figure that to some sounds like anti-aircraft fire and to others like a KGB knock at the door. Eventually we got the wistful revolutionary song, Nelsons barely moving on the podium, and then Déjardin, again in the high range of his instrument, soloing on Katerina’s aria. The finale was somber, with the D–S–C–H motto undermined by an ostinato-like five-note countersubject — a shadow, or someone looking over Shostakovich’s shoulder.

The performance ran some 24 minutes. The 1960 premiere of the Eighth from the Beethoven Quartet ran just under 19, but nowadays 22 isn’t uncommon, and 24 is reasonable for the Barshai arrangement. In Shostakovich’s works for full orchestra, Nelsons has had great success at demonstrating how much this composer has to say when you let him speak. Here, though, the conductor’s understatement might not have been the best approach given the edge any quartet invariably loses in the transition from four players to 50. I had never heard the Chamber Symphony live, so perhaps this is good as it gets from such a large ensemble. Certainly I was pleased to read in the program that the work is being recorded for inclusion in the BSO’s Shostakovich cycle.