Thirteen months from now, one of the most esteemed orchestra managers in the world will retire from his post of 23 years. BSO President and CEO Mark Volpe has supervised a significant increase in the orchestra’s assets in an ever-changing economic environment while furthering its artistic mission of musical excellence and bringing the BSO to the widest possible audience through live performances, recordings, national and international touring, and traditional and new media, including the very successful bso.org. According to the press release,  the orchestra has expanded its reach through a wide variety of social media platforms, discounted ticket programs for students and young professionals, and education and community engagement programs in Boston and the Berkshires, as well as through national and international major broadcast activities during Volpe’s tenure.

“It has been an honor and privilege to serve as the CEO of the Boston Symphony Orchestra. Twenty-three years ago, the first people to call me about the BSO position were Yo-Yo Ma and Isaac Stern. Of course, I had no idea of the adventure I was about to undertake. I will be forever grateful to the Trustees for their wisdom and support, to the incredible staff who made everything possible, but most of all to Andris and the BSO musicians, who grace the stages of Symphony Hall, Tanglewood, and many of the world’s finest concert halls, and make magic happen virtually every time they play. Throughout the next year, I will remain dedicated to the institution’s mission and tradition of excellence, and look forward to working with the board, Andris Nelsons, Keith Lockhart, the orchestra, and staff as we continue to contemplate the future of the BSO.”

“All of us at the BSO share deep gratitude for Mark’s unceasing commitment to the organization as our leader for the past two decades, and we are thankful to Mark for his leadership, and his generous commitment to stay on for the next year and continue the BSO’s important work,” said Susan W. Paine, Chair, Board of Trustees. Respected civic leader Barbara W. Hostetter will succeed her for a three-year term on March 1, 2021.

As Chair-Elect, Hostetter, who has served on the Board of Trustees since 2014, will lead the search for the institution’s next top executive. The search process will be inclusive and transparent, and will be initiated by discussions with members of the Board, the Music Director, orchestra, staff, and other stakeholders. The Trustees recently elected three new members, reflecting greater diversity and further strengthening the organization’s leadership.

“With Barbara’s elevation to board chair next year, along with the addition of a new generation of board members, the BSO board has reached an exciting inflection point. The global arts community is entering a new decade, keenly aware of a future that promises significant change for every organization among us. The BSO is no exception. While we are supported by a strong institutional foundation, we remain deeply committed to extending our reach and relationships in an evolving context,” Paine tells readers.

Hostetter, in turn, looks forward to “working with Andris, Mark, Susan, board leadership, our extraordinary musicians, staff and supporters in the weeks and months ahead and guiding a thoughtful, transparent, and inclusive search process for Mark’s successor, and I join my colleagues in expressing admiration for Mark.”

Andris Nelsons opines that “I will forever be indebted to Mark for the opportunity to lead the musicians of the Boston Symphony Orchestra, and to join this remarkable organization for which he has done so much. Mark quite simply personifies the truly special family spirit we are so privileged to enjoy at the BSO. His absolute unique combination of qualities—deep knowledge of the repertoire, passion for new ideas and initiatives, keen intelligence and insights into every aspect of the industry, strong relationships with the musicians, and tireless supportive presence—have continually played a major role in my feeling at home with the Boston Symphony Orchestra and in the wonderful city of Boston,  and his many achievements are sure to take their place in the ever-evolving, storied timeline of the BSO. I look forward to building on these together with everyone in our BSO Family—Susan, Barbara and the trustees, musicians, staff and supporters—to ensure we can all look forward to our next chapter with much excitement, as we strive to bring the sheer joy of music to everyone in Boston and at Tanglewood, as well as to all our supporters around the world.” 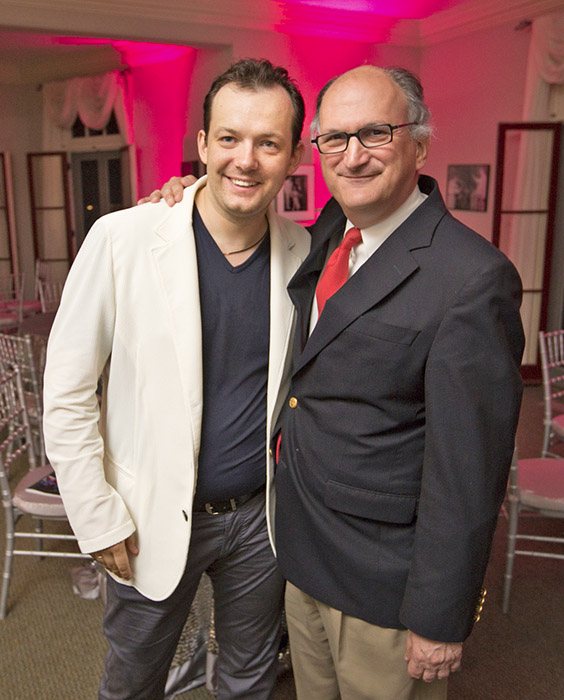 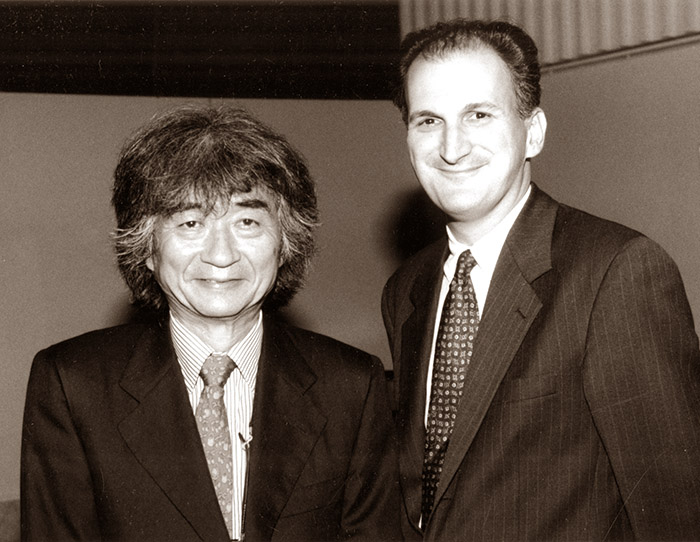 Among his many accomplishments, Mark Volpe led the effort to appoint Andris Nelsons as the BSO’s 15th music director. The roster of other renowned artistic partners during Volpe’s tenure includes Keith Lockhart, Thomas Adès, James Burton, Thomas Wilkins, Seiji Ozawa, Bernard Haitink, and John Williams. He has forged strong connections with the musicians of the BSO, best exemplified by his successful negotiations of six labor agreements. As a steward of the organization’s finances, he oversees an annual budget of $107 million, tripled the endowment (the largest of any American orchestra, currently valued at $456 million), raised more than $760 million, and secured more than 40 corporate sponsorships, valued at nearly $100 million. Mr. Volpe also oversees www.bso.org, attracting 3.4 million visits annually and generating over $233 million in revenue since 1996.

Volpe spearheaded the development and 2019 opening of Tanglewood’s four-building Linde Center for Music and Learning, with one of the buildings named in his honor, in addition to the introduction of the innovative multi-dimensional Tanglewood Learning Institute, expanding the organization’s footprint and capability to educate and engage audiences year-round.

In partnership with Nelsons, Volpe and the BSO established an unprecedented artistic partnership with the Gewandhausorchester Leipzig, in the form of a five-year, multi-layered collaboration between the two premier cultural institutions. Further adding to the reach of the Orchestra, Volpe oversaw 14 national and international BSO tours, as well as 40 Boston Pops tours under Keith Lockhart.

Volpe’s tenure has also brought an expansion of recording activities on multiple platforms, including the founding of the BSO’s own label, BSO Classics. In all, 50 recordings featuring the BSO, Boston Pops, Tanglewood Festival Chorus, and Boston Symphony Chamber Players were released on multiple major labels, garnering six Grammys, four for the BSO’s Shostakovich cycle under Andris Nelsons.

Mark Volpe was the first-ever orchestra CEO elected to the American Academy of Arts and Sciences (2017). He holds four honorary doctorates and will receive France’s Chevalier of the Order of Arts and Letters.

Click here for further details of Mark Volpe’s career as leader of the BSO.

A long-time advocate for the arts and education, Barbara W. Hostetter is the co-founder and chair of the Board of Trustees of the Barr Foundation, and served as the Foundation’s president from its inception in 1999 through 2014.

Hostetter is also a life trustee of the Isabella Stewart Gardner Museum, where she served as president of the board for 10 years. During that time, she co-chaired a major capital campaign that grew the Museum’s endowment and financed its preservation and expansion project. She was actively involved in the creation of the new wing that opened in 2012, designed by Renzo Piano. She also chaired the Museum’s search committee for its fifth director in 2015.

Hostetter serves on the boards of the Museum of Fine Arts, Boston, and as a member of the Arts Advisory Council for the Boston Public Schools and the Council of Advisors for Historic Boston, Inc. Her past service includes the boards of the New England Aquarium, Friends of the Public Garden, Milton Academy, and the Massachusetts Society for Prevention of Cruelty to Children.