After Stephen Ledbetter’s concise and informative talk had helped us to absorb the traditions of the afternoon’s ‘big’ works and introduced most of us to Ainsi la nuit ‘Thus the night’ by Henri Dutilleux, Concord Chamber Music Society treated its followers to a stellar Sunday afternoon with the Juilliard String Quartet.

Mozart’s String Quartet in B-flat Major K.458 “The Hunt” made it immediately evident that we were about to witness ensemble performance of the highest order.  The opening Allegro vivace assai sprang forth with brilliance and intent. First violinist and most recent member of the quartet Areta Zhulla soared above the ensemble with shimmering runs, effortless and playful in quality. Cellist Astrid Schween propelled the driving 6/8 meter forward joyously, as Ronald Copes (vl.2), and Roger Tapping (vla.) supported, interjecting somethings remarkable here and there but never overshadowing the shimmering brilliance in the first violin part. After the youthful opening, the Menuetto moderato turned more to elegance and grace—each member breathing out each phrase with sensitivity and poise. The Adagio brought another change in mood, as motifs of longing and lamentation in the first violin part, echoed by the cello with absolute sensitivity towards each other. Small adjustments in dynamics and intensity allowed each phrase to come to life in the context of the larger motifs. The final Allegro Assai returned feelings of playfulness and joy as the quartet danced on with vigor and good sport without ever losing focus in execution. Mozart himself said of the work “these six children of mine (six quartets dedicated to Haydn) … [are] the fruit of long and laborious endeavor. The foursome brought out the youthful joy and playfulness we love about Mozart’s music along with with an intensity and focus that most certainly spoke to Mozart’s long and laborious toil in making this Homage to Haydn.

Henri Dutilleux, a careful and meticulous worker and a quiet and shy man, never churned out works. He discarded many of his early works for showing too many influences of others. This most highly respected among contemporary composers is thus appreciated for a handful of works composed after WWII:  a piano sonata, two symphonies (the second of which was commissioned by the BSO for its 75th anniversary) and three concertos. Avoiding any semblance of programmatic music, Ainsi la nuit “Thus the Night,” speaks to Dutilleux’s “careful avoidance of prefabricated formal scaffolding, with an evident predilection for the spirit of variation.” In seven movements it illustrated these sentiments well. The Nocturne open with discord and confusion as our ears search for a theme amidst the abstraction. Echoing sounds from nature give a mystical air to the ebbs and flows which swell through each movement. Ainsi la nuit uses extended variation form, with each sonic device either alluding to what has come, or anticipating hat will come, subtle gestures and chords tie each movement together until finally the second nocturne closes out the piece with more vitality and movement that the more static opening. Audience members could be seen at intermission examining the score that still stood atop the stands of the quartet, and one audience member remarked at how the notation surprisingly looked ‘like regular music, with meter, regular rhythms, and bar lines!’One could hardly imagine how this dreamlike soundscape could stem from regular music notation. 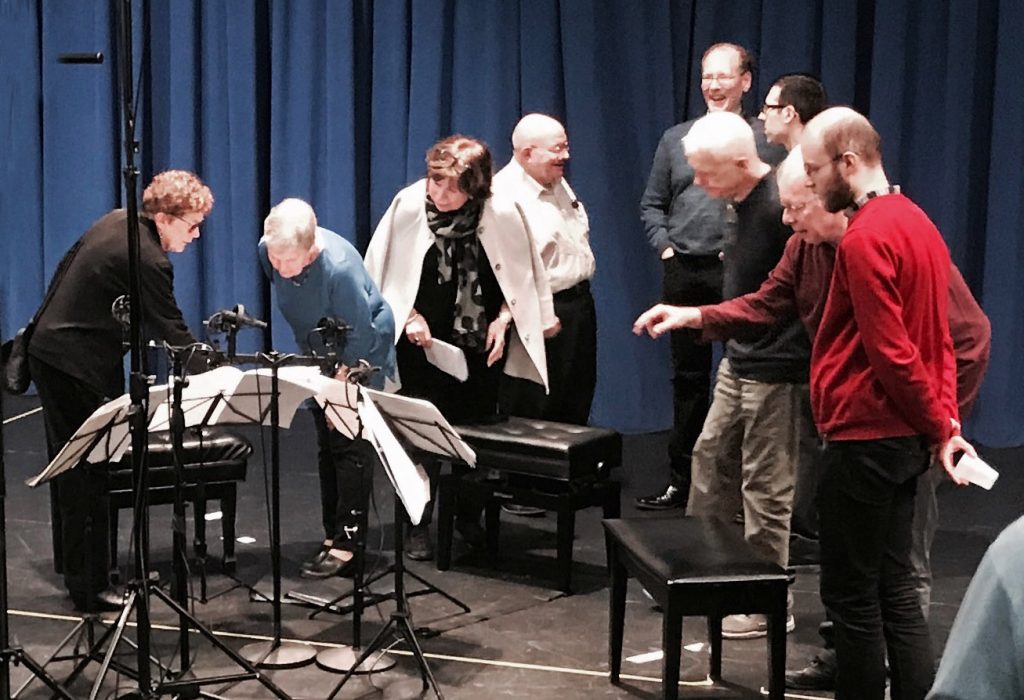 Brahms’s String Quartet in A Minor, Op. 51, No.2, the single work of the second half, markedly increased the afternoon’s animation and intensity without allowing us ever to lose the individual qualities of the four individuals executing dashing runs with vigor while achieving remarkable unanimity. Brahms’s exercised extreme caution in quartet composition, having worked on and destroyed no fewer 20 before finally revealing his first two in 1873 at the age of 43. He certainly entered the arena in top form.

Through the initial Allegro non troppo and the subsequent Andante moderato, the interlinking melodies heard in both violins combined beautifully with the grand gestures meticulously played by the ensemble ushered in the slightly darker third Minuetto and brought back themes from the opening; the first violin and viola playing the theme in canon, while the cello and violin 2 enter slightly afterward with a transformation of the same theme in canon — a grand entrance set for the brisk finale — a lively sonata-rondo tracing dance like themes of the Hungarian cast. Astonishing cross rhythms provided variety over familiar tones and upon an energetic conclusion the place erupted.

Each work had a unique voice but also a common thread: Exceptionally long gestations due to attention to detail and the pursuit of total mastery of style. The Julliard Quartet’s exemplary stylistic differentiation, their superb attention to detail, and a sensitivity to the balance, truly shone.

Comments Off on A Bedazzled Full House