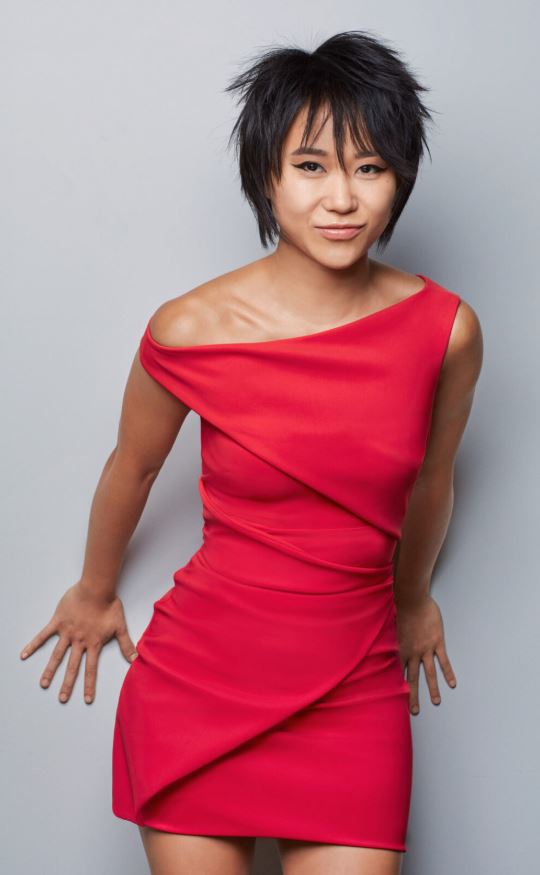 Saturday afternoon is not a common time for a concert in Symphony Hall by a major visiting orchestra, but the Boston Celebrity Series had little choice when presenting the Los Angles Philharmonic with its music director Gustavo Dudamel and the starry pianist Yuja Wang playing thee Boston premiere of a new piano concerto by John Adams. The orchestra was on a tour that included several U.S. cities as well as London, but the schedule brought them to Boston in a week when our own orchestra was in town and was performing on all the usual concert dates. So Saturday afternoon at 2 pm it was. The unusual time did not seem to bother potential attendees. The Los Angeles Philharmonic has received such high praise in the last few years, particularly under the baton of the Venezuelan conductor Gustavo Dudamel, audiences didn’t need much persuading. Moreover, when the concert features Yuja Wang in a new concerto composed for her by one of the most significant American composers today, a crush of listeners at Symphony Hall is a foregone conclusion.

Dudamel opened Ginastera’s brilliant Variaciones Concertantes, a great orchestral showpiece in the abstract form of a set of variations, each of which features one or two soloists in the orchestra, making it something of a cousin to Bartók’s Concerto for Orchestra. From the opening poignant cello solo with an accompanying harp figure emphasizing stacked chords, suggesting guitar tuning, throughout, in all its variety, the score suggests the Latin musical world, one that Dudamel has brought frequently into the Los Angeles concerts, far more so than almost any other conductor in the country.

John Adams composed his third piano concerto after he encountered the striking phrase “Must the Devil Have All the Good Tunes?” in a magazine article, though he later learned it had first been uttered by Martin Luther (when he was criticized for using distinctly secular songs as the basis of hymn tunes in the liturgy of his religious movement). 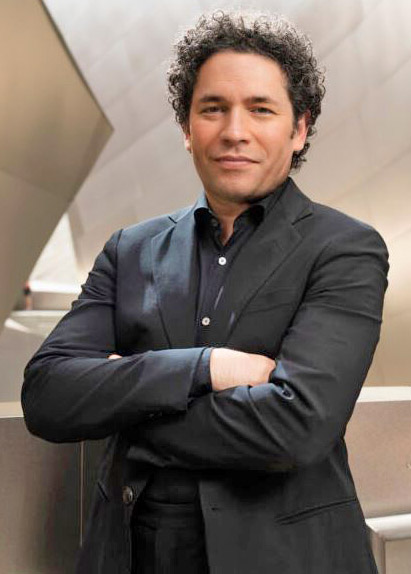 Having seen that title and knowing the story behind it, to say nothing of having heard Yuja Wang’s way with melodic and lyrical music (as well as wildly virtuosic music), I have to say that I was a little surprised not to hear what I would consider actual tunes in the concerto. To be sure Adams filled its three sections (linked in continuous shape, though clearly suggesting a fast-slow-fast concerto pattern) with energy and drive, as one naturally expects from him. The concerto begins with a powerful explosion in the low end of the piano, with Wang suggesting an overpowering force that even dominates the entire orchestra once it enters. Her slight physical form is nonetheless made up of chords of steel, allowing her to dominate the concerto throughout. The thematic elements grow out of short patters of three or four notes in repetition and in rise or fall, with the piano continuing almost without ceasing from beginning to end of the fast and fundamentally very loud opening portion, and then, with a continuing atmosphere of virtuosity, in the much slower central section. The orchestral colors are strikingly varied, much more delicate in the outer parts of the central movement, but—again—with more of a sense of a work being moved forward by its rhythms rather than by a flow of melody, especially any soaring, singing, laughing, or weeping tunes. Nonetheless the concerto emitted an explosive energy in Symphony Hall, and both the work and its exceptional performance brought the audience to a sustained standing ovation, particularly when John Adams appeared to take a bow with Wang and Dudamel.

The applause continued for some time, and eventually Yuja Wang took her place at the piano again for the first of two encores, a solo piano version—arranged by Wang herself—of one of the the orchestral works that Dudamel has championed from the days when he was a teenage conductor in Venezuela: Danzón No. 2 by Arturo Márquez. The second encore, previously unknown to me, was Toccatina, Op. 36, by Nikolai Kapustin. Both encores continued the virtuosic character of the afternoon, as if to show that Wang never tires.

The concert closed with an extraordinarily vivid performance of what still remains surely the most influential score of the entire 20th century, Stravinsky’s Rite of Spring. The drive, the color, the spectacular ensemble of those virtuosic players and the conductorial shaping of passages—from the delicate folk elements, especially in the woodwinds, to the thunderous pounding of dense sonorities piling up in overlapping ostinatos of strings, brasses, woodwinds and percussion suddenly broken off in breathtaking silences—remain quite breathtaking, though probably in a different sense from the way audiences experienced it at its birth, a century ago.

Thereafter, Dudamel signaled his own encore: a rousing version, in which he conducted the audience’s clapping, of Sousa’s march, The Liberty Bell. The LA Phil’s visit revealed a truly stylish, vigorous and altogether extraordinary ensemble in its prime; I was hardly surprised when John Adams commented to me as he was leaving, “Now you know why I love to live in California.”

Comments Off on Dudamel Brings Adams and Wang