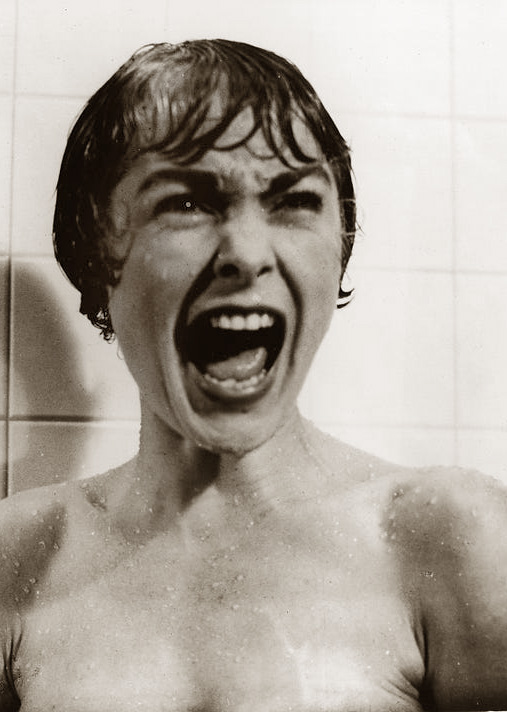 It is a characteristic of the human brain to seek out patterns and organizing principles even where none exist, a function that, for example, John Cage exploited to juxtapose randomness and order as an esthetic principle. At a more mundane level, concert organizers like to find patterns in the programs they promote, often devising suitably catchy and marketable titles, relevant or not to what they present.

A Far Cry’s latest outing, yclept “American Noir,” contained music written by American and American-resident composers in the tight span from 1936-1960. Although three of the pieces came from composers largely associated with film music, none of the music related to film noir in any strict sense; a subsidiary section of the concert concerned itself with elegiac pieces intended to contextualize Barber’s Adagio for Strings, whose elegiac associations are entirely adventitious. So it goes.

This quibble aside, the Friday evening performance at Jordan Hall (AFC had done the program on Halloween in Jamaica Plain, with the performers in suitably noir costume) exposed some excellent seldom-heard repertoire in the ensemble’s trademark suave and polished manner. They began with the Sinfonietta for Strings and Timpani (1955) by Franz Waxman (né Wachsmann, 1906-1967), one of the titans of early symphonic movie music, who penned the score to a few classic noir films, Hitchcock’s Rear Window and Wilder’s Sunset Boulevard among them, and bagged an Oscar for his efforts in the latter. The Sinfonietta is full of stylishly theatrical effects, especially in its judicious use of soft timpani strokes (timpanist Jonathan Hess, superb throughout, waxed a bit over-exuberant in the finale), especially in the haunting and menacing slow movement, in which it accompanies a sinuous theme in the cello (Rafael Popper-Keizer, in top form). Waxman’s harmonic palette is somewhat surprisingly advanced within its chromatic-tonal idiom, and his virtuosic facility with string sonorities often set unified blocks of sound between upper and lower choirs. Written on commission from Zurich Radio, it deserves a permanent seat at the string-orchestra table.

A digression into elegiac music followed the Waxman, combining as a single set, the Lyric for Strings (1941) by George Walker (1922-2018), the Piece for Muted Strings (Elegiac Song) (1937) by Vivian Fine (1913-2000), Stravinsky’s 1959 Double Canon (Raoul Dufy in Memoriam), and Samuel Barber’s Adagio for Strings (1936). As the slow movement of his String Quartet in B Minor, the Adagio was not explicitly an elegy, but in its scaling up, it has come to be associated with memorial events rather like “Nimrod” from Elgar’s Enigma Variations. The other three, all written after the Barber, made their intentions more explicit. Walker’s Lyric also evolved as an orchestration of the slow movement of his first string quartet, and the title of the fleetingly brief Stravinsky example may mislead us, in that Stravinsky didn’t even know or otherwise have a connection to Dufy. With the exception of the Stravinsky, which is frankly not his best work and shows him struggling to find his dodecaphonic voice, the elegies adopted a rather similar tone and methodology. Walker, in memorializing his grandmother, shows signs of having listened to Barber, but also to Ralph Vaughan Williams; its outer sections present a simple, scalar melody transformed by beginning on different scale degrees, with a brighter yet richly sonorous middle section. Fine wrote a politico-military elegy for defenders of the Spanish Republic in that country’s civil war, in an idiom considerably less astringent than her earlier and later work—perhaps an artifact of her study during this period with, of all people, Roger Sessions, whose own music at the time was still tonally centered. While AFC gave sensitive, lush and communicative performances, the relative sameness of the works didn’t set up much of a contrast to the Barber, and only highlighted what everyone already knows, which is that it is a stunning masterpiece of rhythmic, contrapuntal and textural complexity in aid of a simple unified affect.

The forepart of the evening ended with the only real movie music on offer, the suite drawn from the score to Psycho by Bernard Herrmann (né Max Herman, 1911-1975). One of the few native-born Americans working at the apex of the Hollywood beat in those days, Herrmann (people often struggle with how to pronounce his self-Germanified last name, but our sources say it was always just “Herman”) is most famous for his long association with Alfred Hitchcock, but he also wrote the score for Welles’s Citizen Kane, as well as the original title music and the scores for six episodes of The Twilight Zone in 1959-60. In earlier years Herrmann enjoyed regard as conductor and concert-music composer who was one of the few advocates for the music of Charles Ives. Hitchcock gave Herrmann an on-screen cameo as the orchestral conductor for the climactic scenes of the 1956 version of The Man Who Knew Too Much.

The Psycho Suite (which he reduced to a string quartet version that the Escher quartet is fond of playing) draws on his unique inspiration for that film to write the score only for strings; it is probably his most famous music and is also a trend-setter in that much of it is atonal. While Psycho was not a classic film noir, being if anything, more Grand Guignol, even Hitchcock admitted that its atmospherics and its tension, resulted largely from Herrmann’s score. AFC was clearly pumped, providing fine urgency and dynamic shading to its Prelude, haunting menace to the section marked “Madness,” and of course the chilling shrieks of glissando representing Norman’s snicker-snack in the murder-in-the-shower sequence (which always engender a knowing if nervous chuckle from audiences). Although many film composers have created concert suites from their scores, this one is probably the finest, and AFC’s rendition gave it its due.

The finale of AFC’s outing was the surprisingly seldom performed Symphonic Serenade in B-flat Major, op. 39 (1947; some sources say 1948) by Erich Wolfgang Korngold (1897-1957). By now the composer of Die Tode Stadt and the now-standard-rep Violin Concerto in D has re-achieved sufficient recognition that one needn’t footnote his concert music as a film composer’s hobby. Korngold wrote his four-movement Serenade, which presents essentially as a symphony, while was recuperating from a heart attack; its generally sunny disposition thus takes on some poignance, albeit with some dark corners and a few call-outs to his film music, somewhat reminiscent of late Strauss and Shostakovich self-citations. The first movement, in hues of burnished autumnal bronze, reminds us of Tchaikovsky’s Italian music and Brahms’s second Serenade, while the pizzicato scherzo (Foote’s Suite in E Major comes to mind, though it’s unlikely Korngold knew it) offers a piquant counterpoise. The lushly Mahlerian slow movement, with a more advanced chromaticism redolent of early Schoenberg, pays tribute to the Korngold mentor’s Fifth Symphony. The finale’s main theme dances to whole-tone scales against a second subject of Viennese nostalgia. The performance was generous and refulgent, though somewhat faster and sonically thinner than the recorded performance by Matthias Bamert and the BBC Philharmonic available online. Still, no complaints here as it’s a piece that, like the Waxman, should be better known.