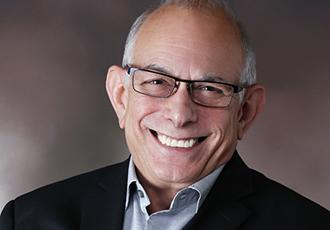 The retired president of Boston Conservatory at Berklee, former Administrator of the Boston Symphony Orchestra’s Music Center at Tanglewood, and mentor and advocate for exceptionally talented performing artists and faculty died Thursday, October 10th after having lived with cancer for a long time. Ortner shared his lifelong passion for music and advanced training in the performing arts with the most renowned senior professionals of his time, the best and brightest young artists and students, and the widest possible audiences.

Born in Great Neck, New York, on May 28, 1948, Ortner began piano studies at age five and were reinforced by an excellent public school music program. He accompanied choruses both in junior and senior high school, and became the choir director of the Long Island Federation of Temple Youth. Following high school, he attended The Cooper Union, where he studied architecture while continuing to pursue his interest in music with piano studies (with Richard Faber of the Juilliard faculty) and by producing and hosting two classical music programs for WNYU (New York University) radio. He returned to studying music full time when he transferred to NYU, earning a B.A. in music in 1971. Ortner then began what he refers to as his “real musical education,”  three years as an usher at Carnegie Hall. (This also marked the start of his activities as a concert producer: after persuading the management of Carnegie Hall to turn over the Recital Hall, free of charge, he organized the very first Carnegie Hall Ushers Recital, which the New York Times reviewed enthusiastically. Later, he organized the first concert of the Washington Square Chamber Music Society at NYU.)

It was at Carnegie Hall that Ortner first met Leonard Bernstein and his manager Harry Kraut, both of whom encouraged Ortner that the next step in his burgeoning interest in orchestra management—learning “how music gets to people”—must be a position at Tanglewood, the Boston Symphony Orchestra’s renowned summer home.  From there, Bernstein said, he could get an incomparable overview of every facet of orchestra operations, from concert production and finance to facilities management, programming, fundraising and Board relations. “Oh, and by the way, there’s a pretty good school there, too,” Ortner relates Bernstein saying.

The school, of course, was the Berkshire Music Center (later the Tanglewood Music Center), and in the summer of 1973 Ortner became a Guide at Tanglewood, manning the information booth and filling various backstage posts for both the BSO’s Tanglewood Festival concerts and the full range of BMC activities. One year later, in 1974, he was invited to become assistant administrator of the Music Center, beginning a remarkable 23-year career with the Boston Symphony Orchestra.

At that time, artistic direction at Tanglewood (both the festival and the academy) was accomplished by the unlikely ‘troika’ of Leonard Bernstein, Gunther Schuller and the young Seiji Ozawa, who had just been appointed music director of the BSO. Ortner became administrator of the Music Center in 1984 (with the appointment of pianist Leon Fleisher as Artistic Director), and along the way also served as assistant manager of the BSO Chamber Players, coordinator of the Chamber Music Prelude Concerts, a director of the BSO Credit Union, and was involved in numerous other special projects, including the design and construction of Ozawa Hall.

Ortner has served as a panelist at the National Endowment for the Arts, Chamber Music America and the Aaron Copland Fund for Music; a speaker at the Harvard Graduate School of Education; and a frequent guest lecturer on music and education, including moderating the 2006 Harvard symposium on “Working with Bernstein.” He was a member of the founding Board of Governors of the Boston Arts Academy (and chaired the BAA’s Board of Trustees for two years). He has also served on the Board of Overseers of the Handel & Haydn Society, the Board of Visitors of the Fenway Community Health Center and the Planning Task Force for the Boston’s New Center for Arts and Culture.

Ortner was appointed president of The Boston Conservatory in July 1998 and retired in June 2017.  During his 19-year tenure, Ortner devoted his life to the Conservatory, and transformed it into the world-renowned institution it is today. The energy and vision he brought to the school attracted talented faculty, introduced groundbreaking student resources and programs, and led the Conservatory through two historic facility expansions to provide students with state-of-the-art learning spaces—the renovation of 31 Hemenway and the construction of 132 Ipswich Street (recently named the Richard Ortner Studio Building) just a few years later. Indefatigable and always forward-thinking, Richard’s bold vision for the Conservatory did not stop there. Imagining a world of endless potential and possibility, he led the Conservatory through a historic merger with Berklee College of Music — the first in the world between two performing arts colleges.

But perhaps his greatest legacy is the close-knit, supportive, and socially engaged community he fostered. Deeply passionate about the role of performers as artist-citizens, Richard believed that artists bear a responsibility to use their talent to enrich both their local community and the world at large. These ideals are ingrained in the Conservatory’s culture and identity, and are at the core of its work every day: to educate artists who will impact the world for the better with agency, compassion, and purpose.  The Conservatory is establishing a fund in honor of Richard to continue to support the excellence he fostered.

He is survived by his brother Jonathan and wife, Martha.

“As artists, we work constantly to find true empathy—to understand others, to feel with them, to translate and filter their experience through our own, and in the end to share that experience, transformed, as a way of enlarging the human journey.”—Richard Ortner