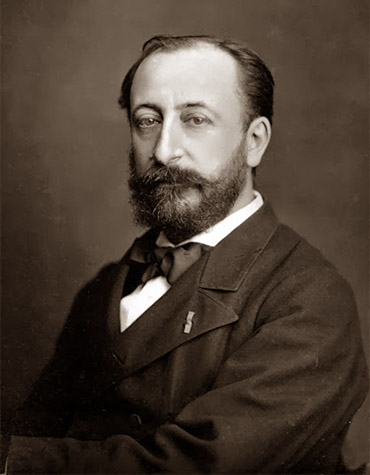 Odyssey Opera continued its valuable exploration of neglected works, introducing one even few opera enthusiasts know: Saint-Saëns’s Henry VIII to a libretto by Léonce Détroyat and Armand Silvestre. After the work premiered in 1883 at the Paris Opéra, it saw revivals there as late as 1917, and also ran in Prague, Frankfurt, Ghent, Milan, Moscow, Madrid, London, The Hague, Antwerp, Cairo, Barcelona, Algiers, and Monte Carlo. Not only did concert performance at Jordan Hall redress the some of the subsequent neglect [as did Leon Botstein and the American Symphony Orchestra in 2012], it also restored music that had been cut even from the premiere. Artistic Director, Gil Rose took credit for “a delayed world premiere of a sort.”

A brilliant pianist-organist and a prolific, facile composer, Saint-Saëns was a polymath of rare gifts, though his music doesn’t consistently appeal as much to the heart as to the head. Yet Henry VIII does manage to do both frequently, helped by a libretto that may disregard historical accuracy to a degree but compensates as something akin to a French verismo. The composer did make a few, sporadic attempts at evoking a Renaissance style—mostly during instrumental passages—but on the whole (sensibly) kept to his natural idiom though the influence of Verdi was certainly present. An excellent roster of singers, an impressive orchestra, and sensitive but efficient direction by Gil Rose combined to make a memorable evening.

Amongst an entirely praiseworthy cast and powerful chorus, the three principals achieved outstanding dramatic and vocal results. Michael Chioldi’s dramatic baritone, an uncommonly versatile voice could summon royal magnanimity, stentorian obduracy, ingratiating charm, veiled or open threats, etc. Ellie Dehn projected an exceptionally beautiful instrument, fully up to the ultra-dramatic act finales with brilliant, penetrating top notes, yet she could also loft more intimate scenes enchantingly heavenward. Hilary Ginther used her handsome voice to characterize Anne as girlishly coy in her first scenes with Henry, later intoxicated and nakedly ambitious, and finally fearful of her ultimate fate. Their acting was understated, as befit a non-staged production, but effective. Gil Rose took impressive control of every aspect of this sprawling score, and his instrumentalists and chorus performed magnificently. Our thanks go to him and Odyssey Opera for the latest resurrection of a neglected treasure.

The proceedings began with an extended dialogue between the Duke of Norfolk (baritone David Kravitz, expertly filling in on short notice) and Don Gomez de Feria (tenor Yeghishe Manucharyan) setting the scene. They remark about King Henry’s shifting loyalties, unpredictability, even savagery, perhaps deliberately setting up an ostensible non sequitur: the King (baritone Michael Chioldi) enters to serenely regal music and warmly greets Don Gomez. However, after Norfolk and Gomez leave, Henry loses no time furiously rounding on his adviser the Count of Surrey (tenor Matthew DiBattista) when he learns the pope has refused to annul his marriage to Catherine of Aragon. In a galvanic recitative and aria, Chioldi railed against the torture of love (i.e. his love for Anne Boleyn) which even a king cannot control. This scene serves as a microcosm of much of the opera as Henry is the most volatile character onstage: he can “turn on a dime” among various moods: coolly authoritative, intensely amorous, enraged, sly, defiant, and so on. When Catherine of Aragon (soprano Ellie Dehn) appears, she serves as an effective foil to her husband: devout, loyal, and hopeful that Henry will do the right thing by preserving their marriage. Nonetheless, in a stormy duet both voice their thoughts in interior monologues though Henry does explicitly tell her of his concern that God may have cursed their marriage (she has been unable to bear him a male heir) because she was first married to Henry’s now deceased elder brother. Anne Boleyn (mezzo soprano Hilary Ginther) enters at length to be recognized as Catherine’s new handmaiden, and Henry throws caution to the wind by granting her a noble title in an effort to show her his love for her—in front of his own wife. Saint-Saëns ends Act I with a climactic sextet (the three principals with Norfolk, Surrey, and Don Gomez) whose only common ground is uncertainty of the future.

Act II commences and concludes with purely instrumental music. Its prelude begins uneasily but soon gives way to Romantic shimmering strings and woodwind solos. The sopranos and tenors of the chorus reflect on “happy children playing, oblivious to the intrigue of the world” as the orchestra illustrates with instrumental frolicking and chattering. A scene between Don Gomez and Anne Boleyn reveals their earlier romantic liaison which now must give way to the King’s love for her. She manages to at least partially allay his feeling of betrayal. Later, the King pours out his love for her and, again regardless of consequences, proposes marriage to her. Ginther expertly conveyed initial coyness and reluctance giving way to intoxication at the idea of becoming the Queen. The end of the act is the Ballet (which was de rigueur at the Paris Opéra), here a ball to celebrate Anne, featuring seven dances that showed off the orchestra’s accomplished playing. These also displayed the composer’s versatility of style, encompassing a majestic hymn vaguely reminiscent of “Rule Britannia”, a folk-like tune, an “Arab dance”, and a final jig whose frenzied tempo rode the razor’s edge of the strings’ ability to articulate and stay together.

The marriage conundrum comes to a head in Act III wherein Henry adamantly tells the pope’s ambassador, Cardinal Campeggio (bass-baritone Kevin Deas), that he must end his marriage to Catherine. Deas convincingly embodied the immovable rock to Chioldi’s irresistible force; when Henry declares his willingness to have a schism with Rome, the Cardinal laments kingly pride (“Draped in purple they march inexorably towards the gaping abyss”), reaffirms his commitment to God, vowing to fight “the impious one who blasphemes You”, and ends his aria on an ominous note at the bottom of Deas’s range. In the second scene, situated in Westminster Hall, the chorus embraced their powerful role since the assembled throng includes church and government officials, judges, and the common people. Catherine is allowed a final opportunity to implore Henry to stay with her; Dehn was particularly persuasive here, and the judges sympathize with her for the moment. However, when Don Gomez warns that an annulment will cause Spain to declare war on England, the English lords vent their righteous anger, and the judges’ decision to side with Henry, declaring the marriage null and void, comes as no surprise. The remainder of the act is comprised of the character’s various reactions to the verdict: Catherine denounces injustice; the lords affirm their support for the King; Cardinal Campeggio excommunicates him; and Henry defiantly responds that posterity can judge his actions. The conclusion has the entire cast singing with the full chorus and orchestra, a moment of theatrical power worthy of Verdi.

By Act IV Henry has carried out his plans, divorcing Catherine and marrying Anne. The denouement takes place in Kimbolton Castle, Catherine’s place of exile. Dehn sang with poignant beauty as Catherine longs to see her native Spain once more but knows she won’t since death is approaching. Détroyat, Silvestre, and Saint-Saëns then concocted an apocryphal meeting of the former and present Queens. Ginther effectively portrayed Anne as now frightened of the vortex she has been caught up in and suffering pangs of conscience from Henry’s treatment of Catherine. Henry also appears, offering remorse for his actions, but it soon emerges that both Anne and Henry covet an incriminating love letter Anne wrote to Don Gomez in the past that Catherine now possesses. When the King demands the letter from Catherine, she, perhaps to avoid committing the sin of jealous revenge at the point of death, tosses the letter into the fire and expires. Henry’s suspicions are sufficiently confirmed that he warns Anne that he still has the option of the ax, and the epic opera concludes on yet another dramatic climax.