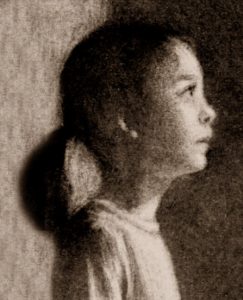 In our diverse city, one local opera company is taking innovative steps to reflect on and consciously explore immigration and longing for cultural identity.

Cerise Lim Jacobs’s ambitious production company, White Snake Projects, is producing a brand new NEA-supported opera this weekend at Emerson Paramount Theater. (Tickets HERE).  Three selections from a 10-part song cycle created by ten composers through community engagement and a talkback with the creators will frame the show. As producer and librettist, Singapore-born Jacobs is taking on an unusually topical subject for opera: current immigration policies in America. For I Am a Dreamer Who No Longer Dreams, which premieres on September 20-22, Jacobs teams up with Mexican-born, New York-based composer Jorge Sosa to explore immigration, dislocation, and transformation in America.

Dreamer features a cast mirroring the ethnicities of the characters and bringing their own personal varieties of perspectives on the immigrant experience. The production team is “intentionally diverse” and mostly female, reflecting the ambition of Jacobs and White Snake Projects to integrate original opera with social activism. In the story, Rosa, an undocumented Mexican immigrant and a “dreamer” develops a  relationship with her court-appointed attorney Singa, an ethnically Chinese immigrant from Indonesia, while waiting in jail before being deported.

The librettist clarifies, “The two women have taken parallel paths to America: Rosa’s family fled the drug cartels in Mexico and Singa’s family, racial persecution in South East Asia. Both families seek a better life. Yet their futures in America are predetermined by their economic status in their home country. Rosa comes from a poor farming family; Singa, from a wealthy business family. Wealth is able to buy lawyers, education, and legality – the much-prized green card.” Leading singers include mezzo-soprano Carla López-Speziale as Rosa, soprano Kirsten Chambers in three dramatic supporting roles, and two young local singers as Child Rosa and Child Singa (Isis Contrera Perez and Amy Li), supported by members of the Boston Children’s Chorus. Soprano Helen Zhibing Huang, who will star as Singa, gave this interview concerning her character’s central role in the new opera HERE.

Librettist and creator Jacobs describes her inspiration for Dreamer: “I am a new American, an immigrant of ethnic Chinese origin, from Singapore. I grew up when my country was still a British colony. My ancestors, originally from China, came to South East Asia as part of the great Chinese diaspora, in search of a better life. Then it was my family’s turn to leave to find a better life, a life without racial turmoil, or race riots and fear of Chinese communism as the British got rid of all their colonial possessions. They settled in Australia, but I continued on – to Oxford, England, then to Canada and America, sponsored by a Polish Solidarity member who had jumped ship in New York and who knew what it was like to be without a country. Immigration is in my DNA, it seeps through every pore in my body. On September 5, 2017, President Trump, with one stroke of his pen, revoked Deferred Action for Childhood Arrivals (DACA), upending the lives of DACA recipients—Dreamers—in the country that had become their home. I had to act.”

With this in mind, and in conjunction with the new opera, White Snake Projects has launched a new multi-year community engagement initiative called “Sing Out Strong,” designed to produce new art songs related to themes from the company’s main stage operas. Also in the works is continued collaboration between White Snake Projects and Juventas New Music Ensemble, the Boston-based incubator orchestra for promising young composers. The two organizations partnered in April on Juventas’s “Voices of America” concert, an evening of new music that shared stories of immigrants and refugees and included a short preview of excerpts from the opera. Reviewed HERE.

“Sing Out Strong” has already resulted in a collection of songs with music by Oliver Caplan, Katherine Pukinskis, Michele Cheng, Jorge Sosa, Shuying Li, Avik Sarkar, Marina Lopez, George Tsz-Kwan Lam, Sheela Ramesh, and Anais Azul set to Jacobs’ adaptation of the words of fourteen immigrants. The movements of the song cycle include I. The Big Deception, about the turbulent rules affecting green card and visa applicants; II. Ellis II, about the things we carry; III. I Can’t Understand a Word You’re Saying, about feeling submersed in a new language; IV. Life Changes, about education and transformation; V. “A Life of Honor” about building a new life; and VI. “Now that Love is Extinguished/Abuelita,” about the need for acceptance; VII. “A Spoonful of Hate,” about the frustrations of accepting charity; VIII. “Three English Songs” and IX. “Three Steps Forward,” about learning (or not learning) a new language; and X. “Tracing Connections,” about memory. Songs I, IV, and V will serve as a Prelude to the mainstage opera at ArtsEmerson on Sept. 20-22. The complete texts may be found HERE.

Jacobs and composer Jorge Sosa have already begun a second collaboratio; Sosa is developing a 2019 commission for White Snake Projects (Monkey, A Kung Fu Puppet Parable) that will premiere in 2021. As Jacobs and Sosa developed Dreamer together, they realized that their differing viewpoints have been shaped by cultural heritage and complex political forces. Jacobs remarks, “Jorge is passionate about exposing the negative ‘myths’ about Mexicans — that everyone is a drug dealer or rapist or another form of low-life. I’m passionate about exploring the myth of the “model minority,” to try to understand my life’s journey of breaking free of the passivity, obedience, and dependence that have been inculcated in all Asian women (and men) through our culture’s stories. I’m beginning to understand that my immigrant journey is also my psychic journey of shedding the negative parts of my heritage. Every immigrant has to remake himself or herself as they discover that there is no way back, no matter how uncomfortable it is to move forward in a strange land. In the course of remaking ourselves, we take the best values that our new homeland has to offer.”

Off-Broadway Director and Princeton faculty member Elena Araoz describes her connection to the material of Dreamer: “The thing that I find incredibly unique about this production, is that it is written, conceived, composed, sung, and directed by immigrants and children of immigrants. The story treats the relationship that immigrants have with each other, as they have access to different levels of privilege and the laws are in flux for DACA recipients (Dreamers). The libretto required an immense amount of legal research to present legally factual situations in a changing legal environment. As director, Araoz was presented with a completed libretto and core, but made small changes to lyrics and tempi with the creators’ approval, in order “make the jokes land, or to heighten a moment of tension or awkwardness.” She worked with the set and costume designers to heighten the contrasting sides of the story, relating the “cold, hard facts presented and harsh realism” of the story to the “coldness of the places” immigrants can inhabit, especially while in transition. This contrasts with a warmer “Romantic and poetic side of the opera which depicts their longing for the homes the left or escaped and their hopes for what American could be.” The set and staging emphasize the sonic and textual differences of confronting a longing for an ideal world with reality. Jacobs concludes, “I’ve learned so much from my attempts to make America my home, about transformation, about openness, about dislocation. Dreamer is one way I can give back.”

Comments Off on Dreaming and Singing About Immigrants