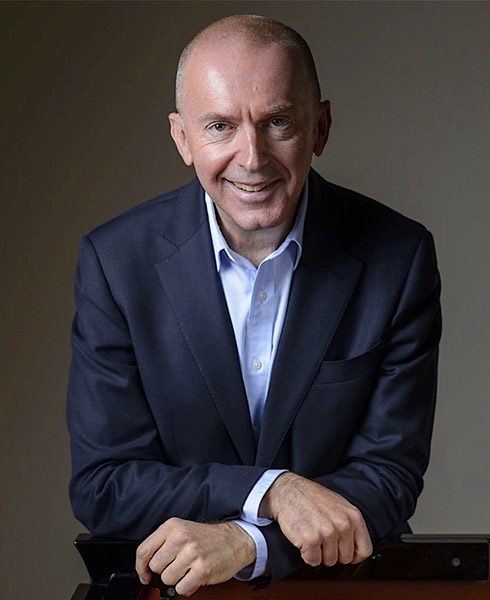 The Maverick Concerts series extended its run Sunday afternoon in a special free event in memory of Maverick supporter Alan Siegel, who with his wife Sandy, had been good friends with the performer, pianist Pedja. The artist’s “Bach Dialogues” interspersed two quite recent pieces among three works of Bach. Since Muzijevic also performs as a harpsichordist (he studied with the great Albert Fuller), the stylish quality of his playing in Bach’s Partita No. 2, in C Minor came as no surpise. His clear and direct interpretations never blurred with pedal. He took all repeats and embellished them imaginatively. He even managed a note-perfect performance of the treacherous final Capriccio, hitting every one of the Scarlatti-esque skips accurately.

David Fulmer’s “whose fingers brush the sky” seemed to me like post-Messiaen musings with some work inside the piano. Not extremely inspiring but intriguing enough for a few minutes. Muzijevic gave it obvious dedication.

Bach’s early Capriccio on the Departure of a Beloved Brother may not be his greatest composition, but it’s amusing to hear this great master tone painting great program music and concluding it with a sparkling fugue. Again Muzijevic gave complete satisfaction.

James Joslin’s Cadaquésan Landscape used two metronomes ticking on either side of the piano, and a music box hiding inside the piano which played bits from Swan Lake. Or so I was told; I couldn’t hear it clearly enough to know what it was playing. If it offered more gimmicks than content, it also went by with merciful brevity.

The concert concluded with something of a novelty, Bach’s Sarabanda con Partite in C Major, BWV 990. Muzijevic opined that some doubt whether this is authentic Bach, but, as he concluded, “if he didn’t write it, I want to know who did.” If I had just heard it without introduction, I would probably have guessed Handel, but I have no reason to doubt the attribution. Muzijevic spiced it up with attractively embellished repeats.

A full house enjoyed this gift. Siegel would have loved it too.