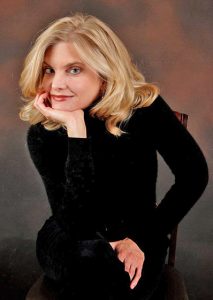 A score of years ago, a small number of dedicated volunteers joined forces with me to create a series chamber music concerts and do educational outreach in Concord. It all began, when newly tenured as a violinist in the BSO, I was relaxing over a dinner with perhaps an abundance of wine, when my then neighbor cellist Andrés Díaz and I began to muse about bringing some of our colleagues to Concord.

No one imagined what the Concord Chamber Music Society would become. Since 2000, some of the world’s most celebrated artists, including Gil Shaham, Lynn Harrell, Peter Serkin, David Finckel and Wu Han, the Kalichstein-Laredo-Robinson Trio, the Borromeo Quartet, have played with us and for us; several will return for this celebratory season. And the wonderful musicologist Steven Ledbetter will once again be preparing us with very informative lectures.

I hope that many BMInt readers and their friends will join us. Specifics follow:

On November 17th Pinchas Zuckerman will take the stage with cellist Amanda Forsyth and pianist Angela Cheng for trios of Brahms, Beethoven and Arensky. Awarded the National Medal of Arts by Ronald Reagan in 1983, Zuckerman chairs the Pinchas Zuckerman Performance Program at the Manhattan School of Music and has served as the principal guest conductor of the London Royal Philharmonic for the past ten seasons.

For its third CCMS engagement, Juilliard String Quartet will bring Brahms, Mozart, and Henri Dutilleux on January 12th. Founded in 1946, the quartet has been hailed by the Boston Globe as “the most important American quartet in history,” and has enthralled audiences worldwide for over 70 years.

BSO principals Elizabeth Rowe, flute, and John Ferrillo, oboe, will join members of the Concord Chamber Players on March 29th in chamber music of Holst and Mendelssohn works; we will also premiere Yehudi Wyner’s commissioned piece for the commemoration our celebration.

The 20th-anniversary season will close on April 14th with a recital by the famed pianist Yefim Bronfman. The Washington Post observed that “His energy emanates from his fingers and swirls out of the piano with such perfection that every note grabs the ear with an expressive, singing quality. When his hands swept the full length of the keyboard in arpeggios and scales, Bronfman made it all look effortless.”

With the exception of the Bronfman recital, which begins at 7:30pm, CCMS concerts start at 3pm, at the Concord Academy Performing Arts Center, 166 Main. Before each concert Ledbetter will lecture.

One may purchase season subscriptions and single tickets HERE. The facility is handicapped-accessible. Parking in Concord Center is available on Main Street, in the lot adjacent to the Concord Free Public Library, and in municipal lots behind Middlesex Savings Bank and the Post Office. Concord Academy is a short walk from the Concord stop on the MBTA’s Fitchburg commuter rail line from North Station and Porter Square.

Wendy Putnam, Director and Founder of the Concord Chamber Music Society has been a violinist in the Boston Symphony Orchestra since 1996.