Concluding its two-year cycle of the complete Mendelssohn String Quartets, the Borromeo Quartet captivated Calderwood Hall regulars on Saturday afternoon. The foursome’s ebullient performance displayed not only the virtuosity of individual players but also ensemble playing of rare sensitivity to Mendelssohn’s finely-crafted and often playful counterpoint. Dubbed the “Mozart of the 19th century” by Robert Schumann, the young Mendelssohn certainly rivalled Mozart in his precocious and carefully nurtured talent from a young age as piano virtuoso, composer, connoisseur of fine organs, and competent performer on the violin and viola. While Beethoven’s late quartets strongly influenced his two early string quartets of 1827 and 1829 in tone and structure, by the later 1830s he had turned toward a classicizing manner that retained his own distinct stamp.

Saturday’s program opened with the quartet Op. 44, no.1 (actually the third in order of composition) in D Major, completed on July 24, 1838. The first movement, Molto Allegro vivace. introduced three swooping phrases in energetic dotted rhythms for the first violin (Nicholas Kitchen) over tremolos in the second violin (Kristopher Tong) and the viola (Mai Motobuchi), with the cello (Yeesun Kim) marking a percussive counter-rhythm. Although the first violin remained predominant, the other players soon joined in the motivic play, one taking up where the other left off. After this assertive beginning, sudden insertions of chordal passages in the relative minor, pianissimo, were moments to be savored. The development brought more exploration of the opening arpeggio motive colored by chromatic tones, along with graceful dialoguing between first violin and cello against close harmony in the inner voices. With a sure sense of dramatic pacing, a suspenseful diminuendo led to a sudden crescendo and a crashing recapitulation of the opening theme. A Menuetto, Un poco Allegretto, followed. The only minuet among Mendelssohn’s mature string quartets, its symmetrical phrases exuded a natural grace. Contrast arrived in the trio in the relative minor. Here the first violinist became a busy country fiddler supported by sustained chords in the other instruments, who eventually joined happily in the doodling. In the third movement, Andante espressivo ma con moto, trills, staccato interjections, and intermittent rests lightened the cantabile of the opening melody. All four players dove with engaging panache into the Finale, a furious Presto con brio,

Felix’s complex relationship with his older sister Fanny can only be understood in terms of the position of women in the upper-class society to which she belonged. Herself a child prodigy, an accomplished pianist and a composer of several hundred works, she limited her musical appearances to the flourishing musical salon she kept in Berlin. According to a letter from her father, “Music will perhaps become his [Felix’s] profession, while for you it can and must only be an ornament.” Yet Felix valued her critical judgment of his works, even while he disapproved of any attempts to publish in her own name. Fanny completed a single string quartet in E-flat Major in October of 1834 and sent it to Felix. Discouraged by his rather harsh criticism, she went back to composing songs and short piano pieces. A year before she died, encouraged by her husband, the painter Wilhelm Hensel, she sent off a set of six songs to a Berlin publisher. The Borromeo’s performance of Fanny’s quartet made the most of the rhapsodic quality of the opening Adagio, a free fantasia which begins with a recitative-like passage of indeterminate tonality before settling into a song melody in the tonic key. A Scherzo, Allegretto, in C Minor, featured virtuosic rumblings in the cello punctuated by a brash fugal interlude. The third movement, Romanze, combined a song-like violin melody with an equally active cello part. Fast passage work for viola and a fugal stretto brought increased excitement to the final Allegro molto vivace. Talented as she was, Fanny clearly suffered from the lack of a systematic apprenticeship in the art of composition such as Felix pursued during his “journeyman” years. But her music deserves to be heard. and who better to give it a fair hearing than the Borromeo Quartet? 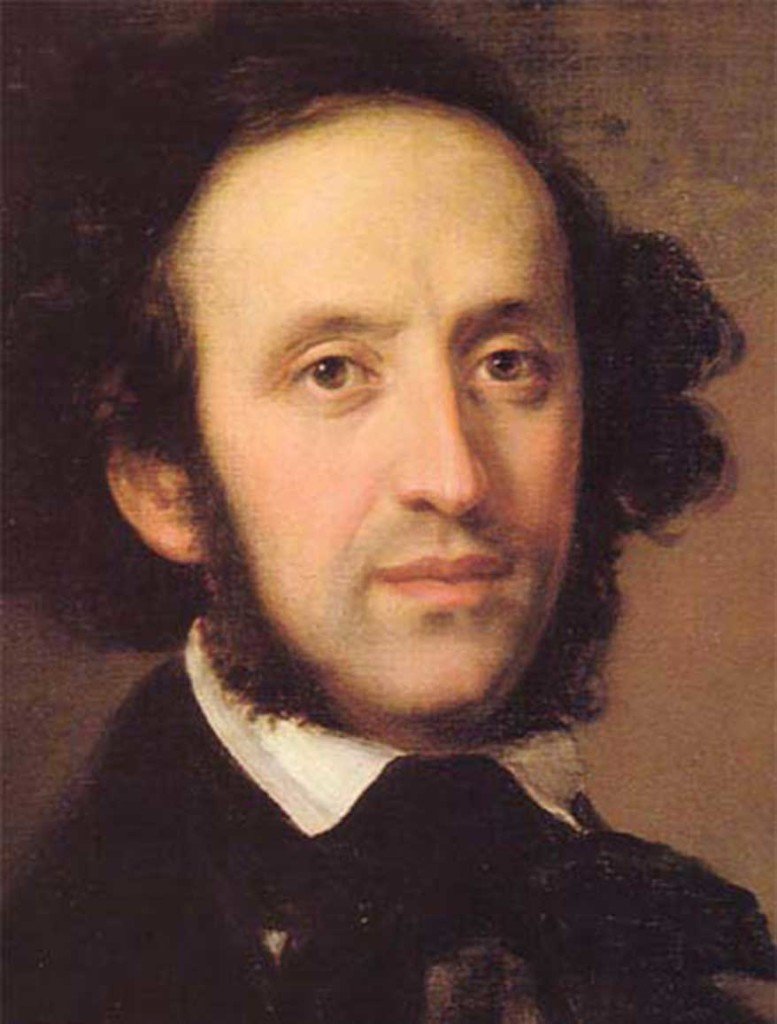 Mendelssohn finished Op. 44, no. 3 in E-flat major in 1838. The four players’ relentless attention to motivic detail lent real excitement to the first movement, Allegro assai appassionato. The tiny upbeat figure that introduces the first theme persists in one shape or another through most of the movement, passing from one voice to another with a concentrated nervous energy reminiscent of Haydn. The Scherzo, Allegro di molto in C minor, introduced three themes in rollicking 6/8 time. The first of these set repeated notes against rapid staccato accompaniment; in the second, sotto voce, repeated notes were articulated by rests; a third theme featuring fugal and canonic entries started off in the viola. When it reappeared toward the end of the movement, it acquired a new countersubject, a descending chromatic tetrachord that playfully echoed a traditional Baroque fugal subject. Chromatic notes brought emotional intensity to the tonic key of A-flat major in the solemn Andante. Frequent harmonic clashes in the ongoing dialogue between cello and first violin added to the textural intensity. A bustling Presto agitato brought the quartet to a toe-tapping close.

The concert will repeat on Sunday at 1:30 pm.

Comments Off on Borromeo Captivates with Felix and Fanny