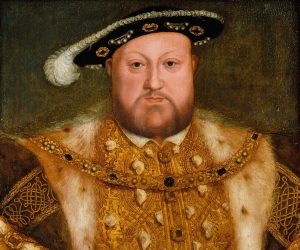 A reliable denizen of the second tier of composers, Camille Saint-Saëns lacked, according to one wag, but one quality: inexperience. Musical facility and reliability aside, his wideranging intellect and long life elevated him to cult status in his day, though rarely without controversy. He sided with Dreyfus during that infamous affair and was driven from the Schola Cantorum by D’Indy for his (incorrectly) supposed Jewishness. The Nazis banned his music.

His Carnival of the Animals, Second Piano Concerto, Organ Symphony, Danse macabre, Introduction and Rondo Capriccioso, Requiem, Christmas Oratorio, ballet Javotte, Piano Quartet, and Septet retain places in the standard repertoire, or ought to. This writer thinks highly of his chamber music for harmonium and piano. Among his 13 operas, can Samson et Dalila be the only hit?

Gil Rose, the resourceful leader of BMOP and Odyssey Opera, believes otherwise. Having discovered 51 minutes excised from the debut performance in Paris, on September 21st Rose will lead in concert form what he believes to be the US premiere of the uncut Henry VIII (1883) at Jordan Hall. Leon Botstein of Bard and the American Symphony Orchestra also set great store by this opera and revived it in concert form seven years ago, taking some judicious cuts.

The plot unfolds as Henry attempts to divorce Catherine of Aragon for the favors of Anne Boleyn. Eager for verisimilitude, Saint-Saëns researched manuscripts of Tudor music and incorporated English, Scottish, and Irish folk melodies as well as a William Byrd air collected in the Fitzwilliam Virginal Book (published only six years later) into Henry VIII. At the same time he embraced French grand opera expectations.

Performing the title role, baritone Michael Chioldi is no stranger to Odyssey Opera. He made his company debut in the 2014 production of Verdi’s Un Giorno di Regno. According to Opera News, “Michael Chioldi stood firmly at the center of the evening as Belfiore, the counterfeit king, possessing a powerful and gorgeously rich baritone voice ideally suited to Verdi.” He returned in 2015 for Odyssey’s productions of Vaughan Williams’s Sir John in Love and Jules Massenet’s Le Cid. Ellie Dehn will play Catherine of Aragon—her ”melting yet clear soprano” impressed the New York Times when she portrayed Catherine with ”eloquence and power” at Bard SummerScape 2012. Hilary Ginther brings her “substantial and richly colored instrument (Opera Now)” to the stage as the ill-fated Anne Boleyn. Ginther was profiled in Opera Now (May 2016) as one of the Top 10 young American singers intent on taking the opera world by storm.

Gil Rose responded to our questions:

BMInt: Do we know why Saint-Saëns agreed to the cuts? Can you cite some of the material that has been restored in any detail?

GR: We know he agreed to the cuts, but there is no way to know if he approved of them. In fact, we know very little about what happened during the rehearsal period expect for a few anecdotes from the composer’s letters. But he did not alter the autograph manuscript score to reflect the cuts. I suspect that he only reluctantly agreed to the cuts, because the material seems essential to the narrative and the drama. Also, the traditions of French Grand Opera.

The material restored includes the ending ensemble of Act II, first tableau of Act III, which includes a second aria for Henry VIII, extensions to some arias and duets, and the complete ballet.

I’m a bit curious about whether others have been down this path, because YouTube shows timings of 3:18 and 3:48 for a couple of productions. And I gather that Leon Botstein also did some restorations a few years back.

In fact, it’s our impression that past productions have not done anywhere near the restoring we’ve done. And the few productions / recordings in existence actually have additional cuts made from the available, published materials.

Any thoughts about how a French opera orchestra sounded 100 years ago?

Of course it was different, brass and woodwind instruments were very different, string instruments still had gut strings. In addition, a French orchestra would have been configured antiphonally as opposed to the now more common setup.

Are the singers all specialists in this rep?

As with most opera singers today, our artists sing a variety of repertoire. But they have voices eminently suitable for the power and drama of French Grand Opera. In addition, they are also sophisticated actors who will bring this intense story to life even in a concert performance.

Any numbers as amazing as the Bacchanale and “Mon coeur s’ouvre à ta voix,” from Samson et Dalila?

We will be presenting what is in essence a world premiere of an opera that was written 130 years ago, and it’s impossible to make a comparison with operas in the standard repertory. There are moments in the context of this work that absolutely carry the weight of the things you mention. Hugh Macdonald, who many in Boston will remember from his years annotating and lecturing at Symphony Hall, prepared the scores and parts for the version we will be performing. In his words, “Saint-Saëns was incapable of writing bad music; his technique and taste never let him down.”

Does it deserve its neglect?

Saint Saens wrote 13 operas: L’ancêtre. Ascanio, Les barbares, Déjanire, Étienne Marcel. Frédégonde, Hélène, Henry VIII, Phryné, La princesse jaune, Proserpine, Samson and Delilah, and Le timbre d’argent. Did he just get lucky with one and fail with 12? Do the compositional skills and talent evident in Samson and Delilah go missing from the other 12 operas? Why are opera companies seemingly uninterested, or afraid to find out?