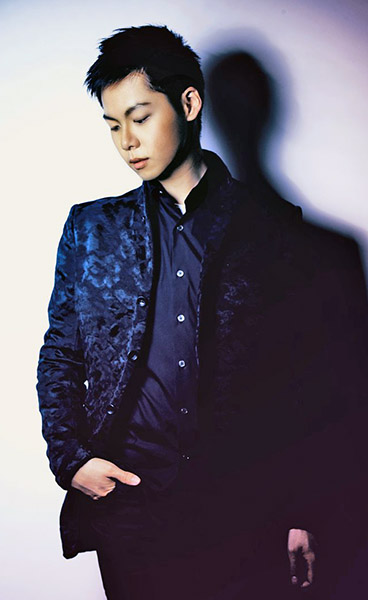 A rare piano recital it is that does not call for the usual extended, detailed analyses of performance. Han Chen’s playing Wednesday night at NEC’s Burnes Hall in the summer series of the Foundation for Chinese Performing Arts was so musical, so relaxed, and so balanced among simplicity, directness, and sensitive production that it can stand as a model.

Steven Stucky’s Sonata for Piano opened. An important American Boomer-generation composer who died just three years ago at 66, the prolific composer won a Pulitzer, accepted long residence at more than one major US orchestra, and became a distinguished academic. His works are well worth seeking out. The ones that I know sound superficially conservative and almost “conventional-modern,” and are thankfully easy to follow, but dense of event and full of character and powerful development. Often Beethovenish, I claim. This single-movement sonata, from 2014, could have been written in ’34, ’54, ’74, or 25 years ago, and should be part of the repertory.

It begins as a grave fantasy on a falling minor third — I steal from Paul Griffiths — and speedy writing which follows attempts to thwart that affect. (It somehow reminded me of Opus 111’s first movement, although the intervals and arguments are not fierce like Beethoven’s.) Its middle returns to the somber, the music laid upon a sort of ground bass. As with so much 20th– and 21st-century work, treble agitations disrupt chorales, but the latter prevail even as the dismal doorbell returns. Han Chen performed it with strong naturalness of characterization and a most pleasing matter-of-factness, though he has not yet made it his idiomatic own, as the composer’s friend Xak Bjerken does. The 16-minute sonata made for a striking start.

Simply perfect, if maybe a hair swoony, Schubert’s Sonata in A Major D.664 was neither portentously slow nor dynamically up-and-down the way so many namebrand pianists do it. I find the piece the first fully realized labile Schubert sonata: sun and passing clouds, smiles and winces and quiet flinches, cheer then deep ache then resigned cheer—wistful passages potent in their spent sadness. You might not want to take a stroll every single dappled-weather day with this young composer, but with Chen as guide it would be tempting. Chen’s lightness does not conceal darkness, so his subtly inflected yet unaffected way with it resulted in perhaps the most successful rendition I have heard live. Afterward a piano aficionado and I extensively compared versions online, and Kempff’s alone met Chen in plain refinement.

Prokofiev’s later sonatas have long become recital staples, especially 7 and 8, the last two of the War series. Under Chen’s fond and colorful fingers, No. 8 sounded clearly like a part of the Romantic mainstream, extending late Brahms and Rachmaninoff. (As I noted two summers ago, Chen is also a superior Liszt pianist.) The opening Andante was made extra-dolce, with multihued tones, while to the second Andante, sognando (dreamy), Chen brought full measures of Joplin. The concluding Vivace features the precipitousness of other such Prokofiev movements, and Chen blew it up, unerringly.

The probably unnecessary encore for this blessedly non-long recital was Ravel’s lengthy Barque, dispatched with loving calm. Put Han Chen on your list.

Comments Off on Han Chen: Simplest Is Best