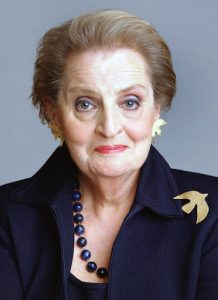 Several years ago, Boston Symphony Artistic Administrator Anthony Fogg suggested a way of expanding the use of the Tanglewood facilities beyond the active period from Memorial Day to Labor Day, and also to provide a greater range of intellectual stimulation to Tanglewood visitors. The suggestion grew into the Linde Center, which consists of indoor spaces (to be cooled in the summer and heated in the winter) as well as a food service. The buildings that form the line of halls strung attractively along a covered walkway a short distance from Ozawa Hall were designed by William Rawn, the architect whose plans for Ozawa Hall proved so exceptional a quarter century ago. The formal opening took place a week ago, and the Linde Center is being used extensively during this summer, with a growing list of activities expected in later months.

In addition to the many types of performances, the Tanglewood Learning Institute (TLI) will present open rehearsals, master classes, interviews with leading artists, a series of lecture talks by distinguished participants who are not themselves musicians, but who may include some element of music’s relationship to their life and work. The first of this summer’s high profile lectures featured former Secretary of State Madeleine K. Albright, speaking in Ozawa Hall on Saturday afternoon for about 40 minutes, followed by 15 or 20 minutes of questions posed by Ranny Cooper, who was Senator Ted Kennedy’s chief of staff.

A packed Ozawa Hall  greeted the arrival of the Secretary with wild applause and cheers, reflecting a mood that continued throughout her talk. Given the location, she began with several references to music, including her strong belief in the power of cultural diplomacy, mentioning several situations in which cultural events made political connection between leaders or groups (small or large) in different countries. She cited two classical examples. Noting that Verdi’s Requiem will be performed this weekend, she pointed out that Verdi’s music helped unify the nation-states of the Italian peninsula into the modern country of Italy. And because Dvořàk’s New World Symphony would be heard in a few hours, she talked about how the visiting Czech composer found a way to express his fascination with his host’s country.

Most of her talk dealt with her views on the proper approach to international diplomacy. Though she never mentioned the President or the current administration by name, she made it clear that she would deal with many of the current issues in quite a different way than is currently happening—to a vibrant round of applause from the audience.

Albright explained that she retains an active interest in world situations and that she meets regularly but informally with ex-secretaries of state of a number of democratic countries, so that they can continue to share ideas about diplomacy in today’s world. Her remark that some people refer to this group as “Madeleine and her Exes” generated a hearty laugh.

Two more “Big Ideas” talks are planned for later in the summer: Doris Kearns Goodwin on July 27th, and Daniel Shapiro on August 24th. The program is off to an excellent start.