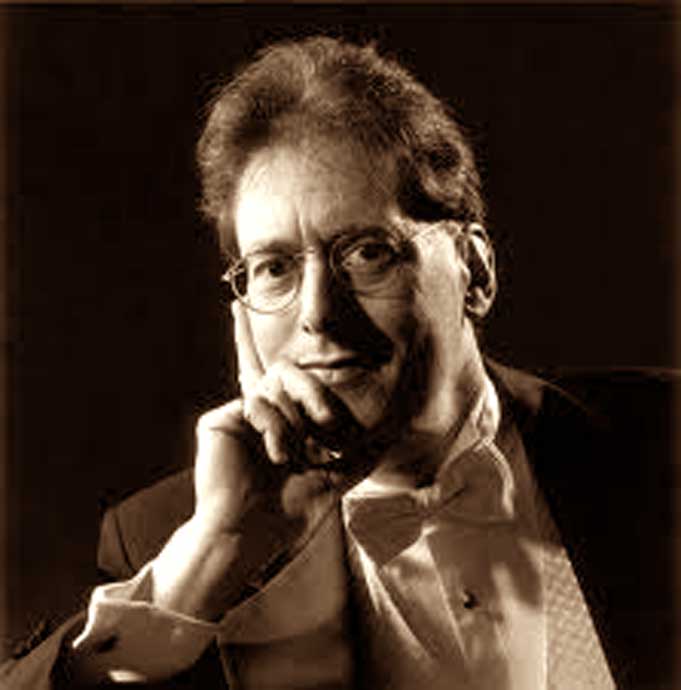 Jordan Hall, despite being situated as the windowless inner kernel of the New England Conservatory, fills with the lightness of summer when students are away. Summer concerts there carry jovial and convivial feelings when audiences bring the warmth of the day in with them as they attend whatever festival might be hosting distinguished musicians. Such was the energy in the hallowed, if slightly empty feeling, hall on Wednesday when Robert Levin presented a solo performance for the 14th-annual Boston Guitar Fest. Hosted at NEC, the festival features educational opportunities for all ages, competitions for students, and faculty concerts throughout the length of the festival.

Artistic Director Eliot Fisk and his daughter Raquel, who had studied with Levin at the Mozarteum in Salzburg introduced him. After Fisk’s tribute to the artist and scholar “whose playing is an education” Levin leaned into this anticipatory sentiment when he announced caveats that, since the program was centered on improvisation, he would “make stuff up” on the repeats of the Bach and Mozart — a claim that left the audience titillated.

In J.S. Bach’s fraught and searching A Minor Partita BWV 827, Levin met the fact that it is the only partita comprising  seven movements with an energized grand sweep that carried both pianist and audience through the entire suite. This thrust could sometimes verge on urgency that we noticed even in the page turns as well as a grandiose gesture on the piece’s final note. While one appreciates the vigor with which Levin drew the partita, perhaps the arc would not have suffered if he had taken slightly gentler tempi in the Allemande and Sarabande particularly. The 50-60 people in the hall left much exposed wood, which resulted in the room being rather live. Because of this, the passages of the faster movements sometimes suffered from excess reverb. The triumphant closing Scherzo and Gigue constituted Levin’s nod to the guitarists in the audience as he strummed the left hand of the Scherzo. The Gigue had the most lively dance quality of all the movements and it was here that Levin’s forward energy proved most accommodating.

To general delight, Levin announced at the close of the partita that he would improvise a modulating prelude to transition from the A minor Bach to the G major Mozart variations which followed. The K. 455 variations on Gluck’s “Unser dummer Pöbel meint” showed Levin at his most brilliant, as he matched Mozart not only in pianistically joyful virtuosity, but in wit as well. As Levin performed them, the clunky octaves of the theme perfectly captured the perhaps less than flattering opinion that Mozart had of Gluck’s melody. Levin’s brilliantly spirited playing of the variations that followed sparkled in contrast with the theme presentation. In the adagio 10th variation, one felt what could be called a large tempo for the first time in the program. This gave Levin the space to weave his marvelous way through every ornament, marrying sincerity of style with dazzling ingenuity that only the finest musicians can bring.

A six to eight minute “spontaneous” improvisation by the multi-talented keyboardist on a theme of John Dowland (another nod to the hosting festival) closed the show. In the improvisation, one recognized the typically Mozartean variation techniques of sending a melody’s call and answer between the soprano and bass registers, changing modes rather freely, and providing a cadenza before the final return. While the final improvisation on Dowland amply entertained and impressed, the freshness inherent in all improvisation might have blossomed more fully if the improvised portions had simply arrived without explanation.

Levin filled the room with the exciting shared feeling that one is witnessing a voracious musical mind. It is hard to think of a festival in which a Robert Levin performance would not be a significant event and as the grateful audience of GuitarFest attendees filtered out of the Jordan Hall, it was now the bright and convivial spirit fostered within the kernel of the New England Conservatory that permeated into the cool June evening.