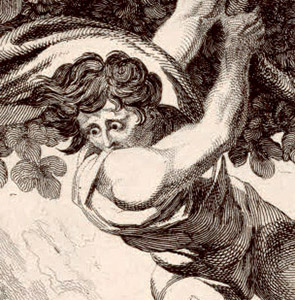 Two groups that do things just a little differently team up for a collaboration that’s going to be, well, just a little bit different. Lorelei Ensemble’s artistic director Beth Willer, and Sarah Darling, A Far Cry’s program curator for Friday’s Jordan Hall show, get to relate the scoop.

What drew your two groups to collaborate with each other, and what do you hope comes out of this musical meeting?

Beth: I have long admired the work of A Far Cry, its collaborative energy, and ability to bring both standard and forward-thinking repertoire to life. Lorelei and A Far Cry seem like a natural pairing. We are both committed to co-creative work, and contemporary programming which can shed new light on existing repertoire, and both groups love to incorporate new works that push the boundaries of classical music. Of course, we look forward to learning from each other in the rehearsal process and premiering an entire program of repertoire that exceeds either group’s independent possibilities.

Sarah: I’ve been obsessed with Lorelei’s sound and energy for years. I remember everything about my first experiences hearing the group — which, incidentally, I can also say about A Far Cry! My ears perk up whenever I hear a group listening deeply and interacting with the degree of passion that classical music needs and frankly, deserves. Individuals didn’t vanish in Lorelei’s group sound; instead, you heard the full expression of what they could do when they were at their best. So I’ve been dreaming about putting these two groups on a single stage to see what happens for a long time.

What was the process of putting this program together?

Beth: I was thrilled to first sit with Jesse Irons and Sarah at Burdicks in the Back Bay, brainstorming just where this show might take us. We were certain from the start that a commissioned work for our complete combined forces needed to feature, eventually leading us to a decision to work with Kareem Roustom, a composer who’s interested me for some time. The decision to set excerpts from Emily Wilson’s brilliant and fresh translation of the Odyssey grew out of our mutual awareness of the new translation, but also my own recent reading of classicist-feminist Mary Beard’s manifesto “Women and Power”, and Lorelei’s commissioning of two other works on ancient Greek texts (Antigone and the fragments of Sappho). It was the final step of gathering other short works from our past and future repertoires that would help wrap this new work into a more modern and inclusive narrative. Naturally, we found our way to traditional repertoires, that draw on those same themes of homecoming and our constant journey across this world. What we ultimately landed on is an unexpected (yet I believe perfectly natural) juxtaposition of utterly fantastic and deeply relatable characters and stories.

Sarah: One of the great delights of dreaming up this program was the way in which it kept shifting before our eyes. After it became clear that the Roustom would occupy the central place in the evening, we first experimented with other visions of antiquity to complement it. But as Beth says, nothing felt really natural until we moved away from that place and time and started addressing the bigger themes in the Odyssey — journeying, yearning, the concept of home, the feeling when home is denied to you. So the first half moves from Ancient Greece to our own American backyard and becomes very tender in the process. It’s harder to look away from something when it hits so close to home. remember that spectacular Coen Brothers film, “O Brother, Where Art Thou?” that told the Odyssey story from the perspective of a group of escaped prisoners in the American South?

The concert features several new works. Can you talk about how those came to be and what you’re excited about?

Sarah: This program is a cornucopia of new art! Every time I turn around, I see another work that’s been created or reimagined by someone I love. Besides the Roustom and a Jessica Meyer piece, we’re also premiering four arrangements. Jonathan Woody’s doing a new version of “Wayfaring Stranger” for Lorelei, which I can’t wait to hear. Adam Simon wrote a barn-burning arrangement of the tune “Sinner Man” that will end the first half, with fireworks for everyone. We’re also doing Caroline Shaw’s “I’ll Fly Away,” which Karl Doty has gently expanded so that the whole group can play along. And finally, there’s Lili Boulange’s terrific Les Sirenes. Rafael Popper-Keizer has been lovingly turning that score into an undulating work for strings.

Beth: The Jessica Meyer is a short preview of a larger work that LE is commissioning for our 2019-20 season. We were thrilled to be able to include a bit of it here, given its connection as an ancient Greek text, but more so for its profound brevity in expressing the primary driving force in humans to “long and seek after” a home, love, meaning, belonging, understanding, you name it. We are on a journey, and most often, it begins with “I.”

Sarah: And then the big work, Kareem’s Hurry To The Light. Kareem proved to be a spectacular artistic partner, immersing himself in that Emily Wilson translation and coming out of it with big ideas. The first was simply to organize the piece around Penelope, to see the “Odyssey” from her point of view. But over time, that morphed into a more colorful vision which now includes offerings from the Sirens, Circe and the ghost of Odysseus’s mother, within the frame of Penelope’s experience. It will be a party. It’s a massive work, teeming with ideas; it has the epic scope that we love.

Several works will focus in on the Sirens. Beth, as conductor of a group called Lorelei, does that strike any kind of a chord?

Beth: I’d say we are most interested in dispelling myths about ancient women. To point to the fact that women’s voices in these ancient stories were dramatically suppressed and limited. As 21st-century storytellers, we are always interested to tell stories that include and go beyond the perspective of women, especially when pulling from texts that originate in a time when women were expected to be either silent or threatening. I’d say as modern “sirens” our work and identity must be recognized as far more complex than traditional definitions of these alluring and elusive creatures. Adding new dimensions to these remarkable and timeless texts is certainly part of that work.

Sarah: If Friday’s concert goes the way I dream it will, our job will be do keep adding these new dimensions and perspectives to everything that we create, and everything that our listeners are able to experience. At the end of the day, I find this kind of work to be compelling because it is simply more interesting than the traditional alternative. It creates more possibilities, and a world with more possibilities is the world in which I want to live.

Comments Off on Lorelei Sirens in Full and Far Cry