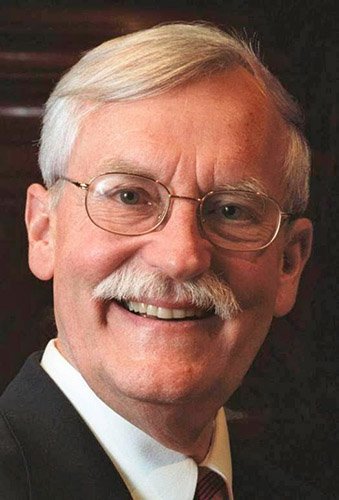 The Requiem had an unusually long gestation from 1861 to 1868, with some parts following the death of Brahms’s friend and mentor Robert Schumann and others in the wake of his own mother’s death. The composer did not utilize the traditional Latin text of the Requiem Mass, preferring to follow his own instincts and personally select the passages of scripture (in the German vernacular) to create a unique work: its emphasis is on consolation of the living though it is not without passages of grief and mourning. Although the work is unmistakably Romantic, it also reflects Brahms’s significant interest in music of the early and late Baroque. Marvin achieved a commendable balance among his Brahms Orchestra, soloists, and choristers, further assisted by the pellucid acoustics of Jordan Hall.

The introduction of the opening movement Selig sind, die da Leid tragen (Blessed are they that carry sorrow) featured warm yet restrained pulsations of the orchestral strings, setting up a magically hushed choral entry without vibrato, in early-music fashion. This in-drawing pianissimo singing and playing allowed for a wide dynamic range as the movement proceeded. Balances among the four choral parts were always exceptionally good, and Marvin placed subtle, felicitous emphases on key words such as Tränen (tears), weinen (they weep), and Freuden (rejoicing) as well as highlighting unexpected, telling harmonies. The choral singers’ German, though not impeccable, was very good.

The second movement, Denn alles Fleisch, es ist wie Gras (For all flesh is as the grass), is the most imposing, with the widest emotional and dynamic spectrum. As befits a meditation on the finitude of human life, it begins with the feel of a funeral march despite being in triple time. The somber opening words, subdued at first, return fortissimo but gain an added starkness from being in bare octaves, with the harmony being supplied only in the orchestra’s accompaniment. Though the repetition was powerful, it did leave me desiring (the solitary time during the concert) a slightly larger orchestra for a truly cathartic climax. The dark mood was lifted in the caressing singing of So seid nun geduldig (Be patient therefore) and some lovely word painting of gentle rain in the harp before the return of the opening funeral march. The second climax, however, did not fade but made an emphatic transition (But the word of the Lord endureth forever) into the triumphant first fugue, Die erlöseten des Herrn werden wiederkommen (The redeemed of the Lord will return) which combined majesty and joy.

Baritone Paul Max Tipton generated a controlled, intense drama, singing the commencing solo of the third movement, Herr, lehre doch mich (Lord, teach me the measure of my days on earth), with richness and focus. Soon the chorus echoed the solo’s text and music, with Marvin, Tipton, and the choristers making much of the rises and falls in the death-haunted terrain in the early part of the movement (Behold, my days are a hand’s-breadth before you and my life as nothing before you). Later, the performers gave us a succession of wondrous moments, beginning with extreme  vulnerability and  uncertainty (Now Lord, in whom shall I find comfort?), proceeding to a long expansion of hope and growing certainty (My hope is in Thee), and finishing in a second, grand fugue anchored on a low D pedal point. This culminating section (The souls of the righteous are in the hand of God) was thrilling both for Brahms’s remarkable harmonic richness even while tethered to the continuous bottom D and for the accumulating power in chorus and orchestra. The concluding measures made a tremendous impact.

The centerpiece of the Requiem, Wie lieblich sind deine Wohnungen (How lovely are Thy dwelling-places), is the sunniest and most easygoing movement. Occasionally, it can seem lightweight alongside the other, more grave movements, but on this night, it was both lyrical and reflective, fitting seamlessly into the larger whole. Marvin and his forces gave it a beguiling, fluent legato, with only a gentle contrast of subtle accents at “my body and soul delight themselves in the living God” and the greater verve of “those who praise you evermore.” The movement ended comfortingly with the return of the opening text and gentle mood.

Brahms surely was thinking of his late mother while composing the fifth movement, Ihr habt nun Traurigkeit (You now have sorrow), a rare expression of tender consolation set for solo soprano with the chorus largely in an accompanimental role. The soloist’s very first phrase is a stern test of the singer’s breath control, a long ascending and descending melody that is entirely exposed over a silky cushion of muted strings. Katharine Dain was appropriately seraphic, seemingly beyond the tiresome bodily necessity of breathing, and the strings were equally ravishing. As with the earlier baritone solo, the interplay of soloist, chorus, and orchestra was handled sensitively, with exemplary balances and unanimity of expression. Dain had an especially radiant moment ascending to a high A at “[I] have found great comfort,” and the ending was sweetly maternal (“I will comfort you, as one whom his mother comforts”), capped by a celestial high pianissimo chord in the wind instruments.

In his penultimate movement, Denn wir haben hie keinen bleibende Statt (For here we have no abiding place), Brahms takes his word painting the farthest, using “pussyfooting” pizzicato string writing and unorthodox harmonic progressions to depict the uncertainty described in the text. The choristers’ quiet caution in the first several pages was nicely contrasted with Paul Max Tipton’s authoritative “prophet voice” (“Behold, I tell you a mystery”). A solo passage of heightening drama (“we shall be changed, in a moment, in a twinkling of an eye”) led straightway to the sounding of the last trumpet and raising of the dead: the most exciting music of the Requiem, combining a rapid tempo and swirling triple meter with punctuating, emphatic staccato chords. While the brass section and timpani enjoyed one of their few moments in the spotlight, Marvin elicited a precision of attacks and releases from all the performers that intensified the music’s power as did the sudden silences between repetitions of “Wo?” (Where, O Death, is your sting? Where, O Hell, is your victory?). This movement, too, ends with a large fugue (Lord, Thou art worthy to receive praise and honor and might). The previous fugues, speaking generally, begin powerfully and largely grow more so; here, however, there are more contrasting softer sections and longer episodes without statements of the fugue subject. Yet again, Maestro Marvin and his musicians made the most of these contrasts, including the abrupt examples of the final bars.

The concluding movement, Selig sind die Toten (Blessed are the dead who die in the Lord) has the feel of a benediction, opening with an ascending string line of paired notes that one might take as sighs of aspiration (for heaven) rather than sighs of sorrow. The sopranos radiated confidence and warmth over their long, well-paced crescendo, followed similarly by the basses. A lengthy diminuendo and unusual harmonic progressions well characterized the final repetition of “sterben” ([they who] die). The bare-octaves setting of “Yea, saith the Spirit” had an oracular effect (again harmony supplied only by the orchestra, followed by a gorgeous blossoming of choral harmony at “that they may rest from their labors.” Over many repetitions of this text, Brahms charts a course of extraordinary modulations, arriving at the words “their works follow after them” just before regaining the home key of F major. The final section sums up the larger work by combining the movement’s primary theme with that of the first movement (Blessed are they that carry sorrow). As in the first movement, the singers’ straight tone made the harmonies crystal clear without sacrificing warmth, and the Requiem left us basking in a warm glow.

It is difficult to imagine a better choice of piece or a better performance of it for a valediction after a great career of choral conducting and teaching. Kevin Leong, Marvin’s protégé, will succeed him as music director of the Jameson Singers, so it seems assured that his musical good works will follow after him.