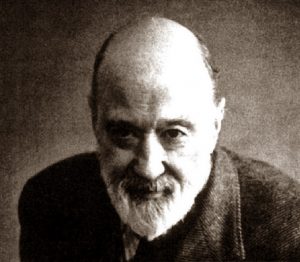 Ives’s Third Symphony and Mahler’s Fifth made up Friday’s Symphony Hall bill in what Boston Philharmonic Orchestra founder and conductor Benjamin Zander suggested might be the first time the two pieces have appeared on the same program. He may well be correct — and yet the two don’t constitute such an odd couple. At 70 minutes, the Mahler is an awkward length in concert; the Ives, at 20 to 25 minutes, makes for a convenient opener. What’s more, both got their starts in 1901. Mahler finished his in 1902; Ives didn’t complete his final copy till 1910. Both make use of allusion: Ives quotes from hymn tunes, Mahler from his own works and from Wagner’s Tristan und Isolde. Both glance backward, Ives at the revival-meeting world of the late 19th century, Mahler at the Knaben Wunderhorn world of his first four symphonies. And Mahler actually got a look at the Ives, in manuscript, when he visited a New York publisher early in 1911; he took the piece with him when he returned to Europe in April, perhaps with the idea of programming it with the New York Philharmonic the following season. His death in May put an end to any such plan; Ives’s Third didn’t premiere till 1946, with Lou Harrison and the New York Little Symphony.

In any event, it was a fine idea to put them together. How often does one hear any Ives symphony in Boston? And though Zander’s reading of the Mahler wasn’t as effusive as the one Andris Nelsons offered with the BSO back in November, there’s certainly room for both interpretations.

Ives’s three-movement symphony, to which he gave the name The Camp Meeting, grew out of three organ works — now lost — that he composed in 1901 when he was organist at Central Presbyterian Church in New York City. The original Prelude became the first movement, the Postlude the second, and the Communion the third. But the inspiration for the symphony goes back to the revival, or camp, meetings held near Danbury, Connecticut, where Ives grew up. And most of the melodic material derives from hymn tunes, among them Azmon (“Oh for a thousand tongues to sing”), Erie (“What a friend we have in Jesus”), Fountain (“There is a fountain filled with blood”), Naomi (Father, whate’er of heavenly bliss”), Happy Land (“There is a happy land”), and Woodworth (“Just as I am, without one plea”). You don’t have to be familiar with these to appreciate the symphony, but it helps to keep in mind the third phrase of Azmon, whose descending thirds hover like the Holy Spirit. (Ives also used this phrase in the Adagio cantabile middle movement of his Second Symphony.) Each movement has a title: “Old Folks Gatherin’” is wistful and reflective; “Children’s Day” watches the kids at play while their parents pray; “Communion” explores the mysteries of faith.

To watch Zander embrace this symphony, you’d think he’s missed his calling as a tent revival preacher. He was typically energetic on the podium, as if exhorting his musicians to turn to God and sin no more. He caught the enigmatic loneliness of the opening bars — simple hymn tunes are never simple when Ives gets through with them — and in the fugue Ives makes out of Azmon, he conveyed the importance of those insistent descending thirds. His “Old Folks Gatherin’” had a dance pulse and yet marched like the church militant before easing into the Adagio cantabile section that’s based on Erie. “Children’s Day,” which plays off Naomi and Fountain, gamboled about before galloping into the Happy Land middle section, where Erie makes a guest appearance and you might fancy you could hear a tramping echo of “Bringing In the Sheaves.” “Communion” takes off from Woodworth, but those descending thirds from Azmon are soon in attendance, both affirmation and accusation — at least, that’s what Zander made of them. His “Communion” built to a Gethsemane-like climax and then subsided into Ives’s distant closing church bells, faith never so near and yet so far away.

Before starting, Zander thanked New England Conservatory professor John Heiss for his help in preparing the Ives. At the end, he hugged the score to his chest and then held it up to the audience.

Mahler’s Fifth also finds religion, though here salvation appears to be music rather than the afterlife intimated in his first four symphonies. The piece begins with a military Trauermarsch and then a heaven-storming revolt of a second movement that demands answers of the universe. The more mundane Scherzo — what Mahler at one point called “Die Welt ohne Schwere” (The World without Gravity) — has city waltz facing off against country Ländler, with an obbligato French horn that bids farewell to Wunderhorn innocence.

The Adagietto takes refuge from all this. Dutch conductor Willem Mengelberg recalled that both Gustav and Alma had told him this movement was Mahler’s musical love letter to her, though Alma never claimed as much in her memoirs. Mahler does make oblique reference to Tristan in the Adagietto, but rather than being a love letter, the movement seems to take its cue from one of the composer’s 1901 Rückert-Lieder, “Ich bin der Welt abhanden gekommen” (“I have gone missing from the world”), which ends “I live alone, in my heaven, in my love, in my song.” And the Rondo-Finale revels in song. It begins by quoting Mahler’s Wunderhorn ditty “Lob des hohen Verstandes” (“Praise of Lofty Discrimination”), in which a cuckoo and a nightingale engage in a singing contest and the donkey judge — chosen by the cuckoo because of his long ears — awards the prize to the cuckoo because his simpler song is easier to understand. Eventually the Adagietto’s main theme arrives, faster, almost polka-like. Heaven dances to Mahler’s music, regardless of what the donkey critics think.

Zander has set his interpretive standard of the Fifth with three recordings: BPO (early 1980s); NEC Youth Philharmonic (1997); Philharmonia of London (2000). The biggest difference among them is the timing of the Adagietto: 11:15 in the 1980s, 9:19 in 1997, 8:33 in 2000. Mahler did mark the movement Sehr langsam, but he seemed to expect something in the eight-to-nine-minute range (as early recordings by his friends Mengelberg and Bruno Walter confirm) rather than the 11-plus-minute readings of (among others) Bernstein, Levine, Karajan, and Haitink. Zander, to my ears, didn’t sound altogether comfortable at 8:33. Friday he took about 10 minutes, and that tempo felt right: the movement had room to sing, but it didn’t try to save the world.

The performance overall ran about 71 minutes — a bit longer than the Philharmonia recording — and that too felt right. What I liked most about the interpretation was the forward balance of the brass — particularly the French horns — and the winds; Zander made Mahler’s scoring transparent without calling undue attention to it. What I wanted and didn’t quite get was Nelsons’s impetuosity in this symphony. But after a good 40 years of conducting the Fifth, Zander has earned the right to do it his way.

The opening trumpet fanfare was tight and bright. The strings, when they took up the funeral march, sounded heavy and labored; I’m not sure this is what Mahler intended by his “Etwas gehaltener” (Somewhat more held back) marking. The first trio was too tame for Mahler’s “Plötzlich schneller. Leidenschaftlich. Wild.” (Suddenly faster. Passionate. Wild.), but everything was sharply outlined, and though I wanted the closing trumpet fanfare to sigh just a smidge, Zander, like Nelsons, gave us the “immer flüchtig” (always fleeting) that Mahler asks for.

The second movement, “Stürmisch bewegt. Mit größter Vehemenz.” (Turbulent. With the greatest vehemence.), was mostly that, with savage brass and timpani but minimal tempo contrast. If this movement is Mahler’s black hole, here it wasn’t black enough. Zander delivered a robust Scherzo, the Ländler and the waltz similar in sensibility, the French horn obbligato primevally raw, the closing stretto both kinetic and pellucid.

The Adagietto was well paced, with an animated middle section; what it lacked was intensity. The Rondo-Finale, on the other hand, had its dancing shoes on from the start, and the brass outdid themselves in the return of the second-movement chorale. The coda of this symphony so often seems anticlimactic; Zander, observing Mahler’s request to accelerate, got the exuberant humor of it, showing both the music and his orchestra at their best.