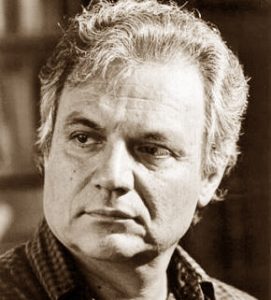 The friends and colleagues of the late composer, conductor, educator and ALEA III founder (1979) will memorialize him with performances of his works, a slide show, displays of photos, music scores and other memorabilia. Theodore Antoniou embodied a selfless commitment to promoting the future of music. He contributed in extraordinary and unprecedented ways to the training of thousands of composers and performers worldwide. Gifted, charismatic and always kind, he touched and changed the lives of everyone who had the good fortune to meet and work with him.

ATHENS – Well-known composer and conductor Theodore Antoniou passed away on December 26th  after a long struggle with Alzheimer’s disease. He was 84.

Born in Athens in 1935, Antoniou studied violin, voice, and composition at the National Conservatory and the Greek Conservatory of Athens and continued his studies of composition and conducting at the Munich Academy of Music and at the Darmstadt International Musical Center.

From 1974 to 1985, Antoniou was co-director of all contemporary music activities at the Tanglewood Music Center. Since 1989 he was the president of the Union of Greek Composers.

Founder of the Experimental Stage at the National Opera, Antoniou was artistic director from 2004 to 2011.

He composed over 450 works, many of which were commissioned by major orchestras and foundations, and include Periander (1977-79), Bacchae (1991-92), and Oedipus on Kolonna (1997) commissioned by the SWF Symphony Orchestra Baden Baden, Music Award 1998 of the Union of Greek Theatrical and Music Critics, choreographic works, cantatas, chamber music works, works for soloists, symphonic works, and concerts.

He has written about 150 works for theater and cinema, of which 60 are music for ancient tragedies.
Among his awards and honors, he received the Richard Strauss award from the City of Munich (1964), the Karolos Koun Award (1988) for his contribution to the field of theatrical music, the Metcalf Teaching Prize at the University of Boston (1991) and the Athens Academy Award for his lifetime contribution to music (1997).

He also received the Honorable Greek Culture Award from Harvard University (2011) and the Apollo Prize from ELS and EFLS (2013). In October 2008, he was appointed Professor of Emeritus at the University of Boston. He was a member of the Academy of Athens since 2014.

His son, William Antoniou, a gifted composer in his own right, released the following statement on Facebook, “Family, friends and loved ones – my father, Theodore Antoniou, passed away this morning quietly and painlessly after his long struggle with Alzheimer’s disease.

“During his life, he touched so many of you, both professionally as the colossal musician and teacher that he was, but also on a personal level with his warmth and kindness. The First Cemetery of Athens [held] a non-religious ceremony in his honor, to remember him, and to share the love that we all have for him in our hearts. I will love you and miss you forever Dad.”

Comments Off on Theodore Antoniou To Be Celebrated