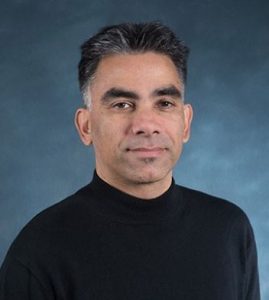 In 1942, 18-year-old Bruno Gawlick of East Prussia marched off in the Wehrmacht’s attack on Stalingrad, the largest and bloodiest battle in history. He was never heard from again except in a pair of posthumous letters.

Now his nephew Ralf, a 49-year-old composer who teaches at Boston College and has his DMA from NEC, has written a 52-minute tribute to his “never known but never forgotten” young uncle. Conceived from the last two letters the young soldier wrote, the electroacoustic composition is titled Herzliche Grüße Bruno ~ Briefe aus Stalingrad (Best regards, Bruno ~ Letters from Stalingrad). Scored for baritone, two pianos, and archival sound montage, it will première March 30th in the First Baptist Church in Newton.

Listeners will move through time and space via a soundscape that integrates archival recordings with live spoken word, two piano parts, and the prophecy of sung voice. The work combines profound reflection with an unusual intimacy as a fiercely anti-war memorial. The composition and its première have been sponsored through an initiative between the US and Germany called Wunderbar Together.

We wanted to hear more.

What is the context for the unusual title?

RG: My young uncle, who had turned 19 before being listed as missing in action in late December 1942, had written too letters. One, handwritten, is dated December 28, two days before Bruno is listed as missing. (It was presumed lost but was discovered by kin in early 2017.) My aunt Hilde (Gawlick) Kehn remembers the contents of a typed one in which he apologizes for the format, but because he was writing from a dark cellar that was all he could do, having learned touch-typing as an apprentice in a paperware store. From their content it is possible to regard the handwritten letter as the penultimate and the typed one as his last.

Bruno had been sent to Stalingrad to join the 6th Army under field marshal Friedrich Paulus. They advanced on Stalingrad and the attack proper began on August 23rd. Paulus’s forces were encircled by the Red Army Nov. 19th and capitulated on February 2nd of the next year. At the that conclusion, 90,000 men remained of the original 300,000. Of those survivors nearly half perished in spring 1943 during death marches to Soviet labor camps; of the remaining 45,000 only 6000 returned to Germany. My uncle is among the dead or missing at Stalingrad, his body never recovered. Bruno’s name, one of over 120,000 German dead or missing listed on large granite cubes and a wall of plaques at the Rossoschka War Graves Cemetery, west of Volgograd (formerly Stalingrad).

The work incorporates so many elements and components to form its montage.

RG: My compositional methodology varies from work to work. Since the letters form the fons et origo of the work, my architectural planning proceeds from the texts themselves. Their poetic and structural constitutions translate directly into the decisions and considerations that govern the work’s musical language and design. I decided from the onset that I would necessarily want to place Bruno through his letters within a larger soundscape of the battle; hence this suggested the formal concept of an electroacoustic montage (singular to my compositions to date). Consequently, archival sound material is a defining and essential component of the piece. The work features five architectural and dramaturgical sonic planes: (1) recorded piano (piano I), (2) live stage piano (piano II), (3) spoken texts, (4) sung texts, and (5) Soundscape Stalingrad.

The Gawlick family acquired an upright piano in 1936 and Bruno played as a teenager. The recorded piano represents his innocence before descending into Stalingrad, so the music, recorded, is akin to a snapshot, a picture of him repeating in our memory and remembrance, a musical profile (the last photo our family has of Bruno is dated August 19 1942). The live piano represents a collective conscience, a sound picture of mourning, recollections set in motion over and over by living and frozen memories. Piano II interacts not only with Bruno’s frozen profile of piano I but with the other dramaturgical planes of the work. The spoken texts include both of the letters. From the onset I decided not to set them to music; they would have to be spoken. Three recordings would be used: (a) the recording of me reading the letters (my voice characterizes both him and as he writes the letters); (b) a recording of my 93-year-old aunt Hilde reading the letters of her fallen brother; and (c) by Max van Egmond, the great Dutch baritone of the 20th century, who was drawn to this project because as a WWII child captured in Dutch Indonesia he had been interred in a Japanese concentration camp) whose voice represents Bruno “growing old” with his sister and siblings. The recorded readings dramatically engage with one another through superimposition, interpolation, and sonic rendering. The sung texts include words from the Gospels of Matthew and Luke, from Ezekiel and Revelation, and reflect the collective consciousness, through soldiers’ prayers in the face of death, of collective suffering. (Passages include oft repeated words spoken by Stalingrad soldiers, as well as the opening lines from Brahms’s German Requiem.) Soundscape Stalingrad, plane 5, is present throughout the work, interacting with the other sonic / dramaturgical planes, and is both a chronicle and agent of the musical drama.

Six recorded excerpts, interwoven with the music of pianos I & II, constitute this soundscape: (in order) (1) excerpts from Hitler’s speech from the Löwenbräukeller, November 8 1942; (2) Richard Tauber’s 1927 recording of Allein, wieder allein … Es steht ein Soldat am Wolgastrand from Franz Lehar’s operetta Der Zarewitsch, an aria known to every soldier on the Eastern Front, holding particularly poignant meaning since it is about a soldier standing guard far from home on the banks of the Wolga; (3) excerpts from the simulcast Christmas message to all fronts of the Third Reich, December 24 1942; (4) excerpts from Göring’s speech (known as the Nibelungen-speech) from the Ministry of Aviation, January 30, 1943 (address before Wehrmacht members on the 10th anniversary of the seizure of power); (5) excerpts from Furtwängler’s recording of the Adagio from Bruckner’s 7th Symphony with the Berlin Philharmonic, April 1 1942 (broadcast immediately before Göring’s speech); and (6) inclusion throughout of original recorded battle sounds (artillery, sirens, air strikes, machinegun, detonations, etc.) from various theaters of war during World War II including Stalingrad.

All Third Reich archival material was requested from and approved / licensed by the foundation of the German broadcast archives.

What do you hope the audience takes away from the performance?

RG: This work is highly personal. Through research into his division’s involvement in the battle, it has become possible to follow Bruno’s steps in almost daily intervals. Immersing myself into the hell and depravity of Stalingrad through archival sources and specialist literature has been heartwrenching, profoundly painful and moving. Retracing his steps within the horror of the battle and larger sociopolitical cultural context has consumed me since the discovery of his handwritten letter, in early 2017.

In essence, each one of us exists / persists in two fundamental ways: how we live and how we are remembered. Bruno’s life, like thousands before and after, was cut short with no possibility to live (much less how / what type of) a life. And how is he remembered? Only through the memory and persistence of memory of those who recall him — and those are ever fewer. In fact, Bruno was held as a silent memory in many of our households, rarely or never spoken of because of the grief and pain. I felt called to write this work for my young uncle, to give homage to his memory for the entire family, and in artistic terms to give voice to a story which tragically repeats each and every day! His death, one of millions and millions, embodies, in the words of the poet Wilfred Owen, the tragedy of “war and the pity of war.”

This composition, a musical memorial, preserves Bruno’s memory. The work’s title includes his direct words: he signed his letters Herzliche Grüße Bruno, which words can also be used as an address, a greeting. Indeed, they are the last words spoken in the piece, representing the first conscious words spoken by my father, Dieter, to his older brother. I address the words in my dedication, Nie gekannt, doch nie vergessen (never known, but never forgotten) directly to Bruno.

I invite the listener to this composition to move through time and space to reflect on the loss and suffering of one of the last century’s most horrific battles and emerge engaged in our own day.

The tragedy and circumstances behind the texts make it so profoundly moving and introspective: these are not poems, not diary entries, not subjective, theoretical or artistic musings  — no, these last letters are words written in full awareness that the end was near, directed to his family: parents and siblings. They are a last greeting, a last breath of existence, a final reflection. And since these last letters are last utterances I approached them with a humility and reverence as with no other texts I have ever set — because his last words cannot and should not be ‘set’! In Hence, in the work Bruno’s words are read — artistically, I would consider it unconscionable to have them sung! Through Bruno’s words I enter into his young soul and bear witness to lost innocence and a life cut tragically short! Thus, Herzliche Grüße Bruno ~ Briefe aus Stalingrad  is an intimate musical memorial: the words in my dedication in the score, addressed directly to my uncle Bruno, are: Nie gekannt, doch nie vergessen. (Never known but never forgotten).

Comments Off on A Missing But Remembered Uncle