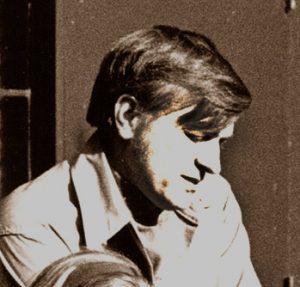 Karl Dan Sorensen died a little over a year ago, and obviously it has taken a while to produce a proper obituary. Bostonians who go back decades as choral and voice aficionados will recall him as a shining gold standard for local tenors, particularly in Bach.

Dan, as he was called by old acquaintances, was born in northern Illinois into a community of Danish immigrants. After a short stint in the navy at 18, Dan pursued music as a possible vocation, studying at the Chicago Conservatory and in Copenhagen with Aksel Schiøtz and Alice von duLong. But the prospect of life as a fulltime performer seemed too self-centered to him. He was drawn more to helping others, and came to Boston University to study psychology, eventually earning a degree in clinical counseling. He had particular interest in the problems of children and teens, leading him to do some music-related work at the Hampshire Country School in Rindge NH in the mid-’50s.

Dan’s pre-Cantata Singers Boston musical life seems to have been centered at King’s Chapel, in composer and conductor Daniel Pinkham’s circle. He recalled a striking story from that time: The venerable Swiss tenor Hugues Cuénod had been engaged to sing a work, but as the scheduled performance date approached the tenor alerted Pinkham that he was ill and might be unable to sing. Pinkham recruited Dan to cover the piece. By the appointed date, Cuénod had recovered. Pinkham presumed Cuénod would do the performance, but Cuénod said of Dan, “He learned it. He should sing it.”

Dan and I met in 1964, recruits for a small chorus being gathered to perform the cantatas of J.S. Bach. It would become the Cantata Singers. We sang together until 1997, though with an eight-year hiatus. During that time, his singing became widely admired by critics and audiences alike.

The Cantata Singers’ focus on Bach suited Dan well. He had to work hard to assimilate contemporary idioms; learning John Harbison’s Five Songs of Experience was a trial for him. This is not to say that his excellence performing Bach came effortlessly. In the ’90s, I lent him my copy of S.76, which he was preparing to sing with another group. He returned it with the tenor solos marked up, translating significant words, and capturing the dominant affect of each phrase in bold letters, e.g. JOY, or HATE. That care for how to communicate emotion and intent, combined with a voice to deliver the message eloquently, made him great.

Dan said he was unfamiliar with the Bach Passion settings until he attended a performance of the St. Matthew featuring Charles Bressler as the Evangelist. Inspired by that hearing, Dan contacted Thomas Dunn, the recently appointed director of the Handel and Haydn Society, for advice on how to learn the Evangelist roles. Dunn did not take him seriously at first, but Dan persisted. Dunn told him to learn the St. John first, because it is shorter. Start at the end, he advised, and work back to the beginning—the idea being that you’ll be too tired at the end of the piece to do much beyond flying on automatic pilot. One could then tackle the Matthew in the same way.

Tackle them both he did. Dan’s first St. Matthew (of many) with the Cantata Singers, his choral home, was in November 1975. His first St. John with them was in March 1979, although he may have sung both Passions earlier with other groups. In the late 1970s and early ’80s, he was the Evangelist of choice in greater Boston. Preparing this article, I came upon references to his having performed the Evangelist for several different choruses. Least expected is a recorded performance of the Telemann St. Luke Passion with Banchetto Musicale, a local early-music group (which became Boston Baroque).

His only Evangelist performance outside of New England was in Reno Nevada. For at least a dozen years, Dan spent a few summer weeks performing with the Nevada Opera. He did not talk much with me about roles he played, but I remember clearly his compassion for one mezzo in the company. He was concerned that the awkwardness of her movements would inhibit her career. How like him to worry about her! Without naming the singer, I can report that she has done just fine.

The most significant early notice I’ve been able to locate is by Michael Steinberg, writing in the Globe, on May 11 1970: “Sorensen, who still seems to me the finest Bach tenor I know, [was] outstanding.” The “still” suggests that Steinberg’s initial judgment remained confirmed by six years of listening. Dan himself was amused by another review, from the ’60s: “Of the soloists, the men were better than the women and [Francis] Hester was better than Sorensen.” He gleefully recited that one to me at least four times during our long friendship.

In Boston, Dan performed in only two staged productions. For its February 1981 concert, Cantata Singers presented Handel’s oratorio Saul in an imaginative staging by the young and already controversial director Peter Sellars. Dan played the role of Jonathan and clearly loved the opportunity to be a bit more operatic than standard concert format allows. David Hoose, who would soon become Cantata Singers’ music director, recalls, “Craig [Smith, the conductor who founded Emmanuel Music] and Peter were frustrated because Dan, as was typical, really wanted to improvise his way through the character, including the staging, which is, as is true of any PS[ellars] production, exactingly choreographed. My sense of working with Dan was that he was absolutely open and eager to hear your ideas, and he would find his own way of making your ideas fit his understanding of the music—or, in this case, the staging. If what you had to say to him didn’t make sense or feel completely ownable by him, then he would do his own thing, which was, of course, usually marvelous. But he was a bit of a wildcard in that respect.”

In May of the same year, 1981, Banchetto Musicale and Boston Lyric Opera collaborated in a production of Monteverdi’s Coronation of Poppea. Dan sang two roles. The lesser character is one of Seneca’s three disciples, who appear in only one scene. More significant, he portrayed Arnalta, Poppea’s maid, a travesty role. He had a lot of fun with “wildcard” opportunities there.

In more serious situations, Dan’s connection with his audience was exemplary. To this day, Hoose uses him as inspiration for his choral singers to hold their scores high enough to enable them to engage a concert audience directly.

The ’80s changed the course of Dan’s life, musical and otherwise. He came out as gay, a move that ended his marriage to Mayno Ross. At some point he told me he was the only “out” classical musician in the city. To me that seemed an improbable claim, but it certainly indicated how isolated he initially felt.

AIDS spread rapidly through the country’s gay population. Dan’s profession of psychiatric social work, complemented by his compassionate nature, placed him well to come the aid of “my gay brothers,” as he called them. I know little about what he did in that battle, either in his job or in volunteer capacities. He definitely cut back severely on his musical activity, and had completely stopped singing by 1985. AIDS work in that era was exhausting for body and spirit. By 1990, after losing several friends, Dan was suffering burnout. He asked if I thought Hoose would accept him back into the Cantata Singers chorus, no solo opportunities needed. I assured him he would be receptive.

Hoose remembers asking Dan whether he’d done any singing in those years of absence. Dan’s reply: “Not even in the shower!” Nevertheless, his return to Cantata Singers was hardly low-profile. He did join the augmented chorus for the December 1990 premiere of Slavery Documents, but two months later he was the angel Uriel in Haydn’s Die Schöpfung, the same role he’d sung eight years earlier, before backing away from performance. In 1995 he added Haydn’s other great oratorio, Die Jahreszeiten, to his repertoire, and he reprised the Evangelist roles in St. Matthew and St. John, in 1994 and 1997.

Shortly thereafter, he retired from his position with the Brookline Center for Community Mental Health and moved to an old farmhouse in Mount Vernon Maine that he and Mayno bought when their three children were small. It was a place important to each of them. Dan and his ex-wife shared the house from 1997 until Mayno’s death, in 2006.

After the move to Maine, Dan and I maintained our friendship through email and my infrequent two-day visits to the farm for extended conversation. We talked about many topics: music and musicians, cross-country auto camping, the world outside the kitchen window, our families, politics, health, sexuality, spirituality, and mortality. The world outside the window also featured a garden, flowers, and vegetables that Dan enjoyed tending. I was most impressed by the leeks; copious birds had other preferences.

Dan had a popup trailer that he took on long exploratory trips across the US in the fall. My wife, Nan, and I traveled with a well-packed minivan each summer. We liked to share itineraries and recount adventures with a road atlas at hand. Time came when he had to give up those solo voyages, although he continued driving locally nearly to the end. He frequently drove carless folk for medical appointments or other errands.

Dan characterized his career as performer as being “a little famous.” He liked that, but he also felt guilt for enjoying fame. The attitude may have come from his Scandinavian heritage: “You don’t put yourself forward.” He encountered that spirit in Maine, too, where he sought a variety of choral experiences, finding them in many places, from his UU church choir in Augusta to Winthrop and Lewiston. (At his Celebration of Life service, nearly 40 volunteers from three different groups sang Mozart’s “Ave Verum Corpus.”)

David Hoose, remembering Dan, recalled, “he loved singing [in the Cantata Singers chorus]; he was the ideal member—a leader and a follower, full of opinion and taking charge, and, at the same time, very alert to everything going on around him. He loved the sense of community the chorus brought, and he loved the singers around him, whether they were soloists or choristers—or, as often is the case with CS—both …. I think he was always trying not only to see, but to understand, the best in others.”

Dan’s health was far from perfect in his Maine years. He was hospitalized for various emergencies, but returned to active life each time. In the summer of 2017 he was diagnosed as having refractory anemia, which was being held at bay by frequent transfusions. By October he had decided to “let myself die.” This was tough news, but not surprising, because end-of-life discussions we had engaged in over the years had prepared the way. He wrote:

I have no “bucket list” and don’t feel at all cheated. Why would I? I’ve had a splendid life, beyond what I ever expected. I’ve been loved, beloved, a bit famous, helped people, been (being) helped, known creative people, created with some of them. I have three children whom I love deeply, and by whom I am loved. I’m all done, old friend. And it’s enough.

His plan for care in the final stages was carefully thought through and explained in a letter to the UU congregation. I remain awed by his boldness and gentleness, his concern for the friends and colleagues he would leave behind, which he did on the afternoon of 14 February 2018.

One final anecdote: Dan’s daughter Kirsten got him to confess one bucket list item. He always wanted to see the Rockettes’ Christmas show in Rockefeller Center but had not been able to. So she arranged a New York excursion for him and his children in Dan’s final December. They had a wonderful time.

Charles Husbands was a founding member of Cantata Singers and sings with the group to this day.