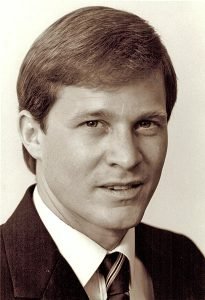 Our friend over many years and BMInt colleague Ellis Laurimore Phillips III died on October 31st, at age 70, from complications of Type-1 diabetes. The harpsichordist, organist, composer, music critic, and philanthropist, seemed never to age, though he bore a long decline with bemused stoicism. He partook in the musical and social life of Boston with a light-seeming but deeply committed grace. Larry’s professional music career ran for 40 years after he won the John Robb Organ Competition in 1972 from the Royal Canadian College of Organists and the International Harpsichord Competition in Bruges, Belgium in 1974.

According to the official obituary, early recognition led to signing with music agent Albert Kay Associates in New York City, who represented him from 1976-2002. He performed nationally as an organist and harpsichordist, making a valuable contribution to the Early Music revival of the 1970s with many solo performances including the Wichita Symphony Orchestra, and the Green Bay Symphony Orchestra. In the 1970s, Larry was a founding member of the musical trio, Quantz, an Early Music and Baroque ensemble. He was Artistic Director and founder of the Festival Music Players, a Boston-area chamber music sponsoring organization. Larry composed the motet, “All Shall be Well” for the Commemoration of the 700th anniversary of the foundation of Saint Botolph’s Church, Boston, Lincolnshire by HRH Princess Anne in 2008. Three of Larry’s hymns were published in the Unitarian Universalist Hymnbook, “Singing the Living Tradition” including “O Liberating Rose” which receives continued popularity among choral groups throughout Unitarian Universalist congregations. Larry worked as the Music Director for the First Parish Church, Waltham, where he was church organist and much beloved choir director from 1982-2002. Larry served as the co-founder and director of the Unitarian Universalist Musicians Network and an editor of the Signature Choral Series, published through the Unitarian Universalist Association. A list of his 50 BMInt reviews is HERE.

He was among the first to use digital music editing giving workshops at the UUMN annual conferences. He was a member of the group engaged to research, evaluate, and edit The Unitarian Universalist Association Hymn Book. Larry’s music and philanthropy overlapped in many ways. At New England Conservatory of Music Larry served on the Board of Trustees (1993-2002), was President of the Alumni Association (1986-1990), an Overseer (2002-2008), and Lifetime Overseer from 2008. New England Conservatory of Music awarded him the Florence A. Dunn Alumni Award for Distinguished Service in 2010. The son of Ellis L. Phillips, Jr. and Marion E. Grumman, Larry was born in Rosyln Heights, New York. He attended the Green Vale School. His family moved to London in 1957 when his father was appointed Special Assistant to Ambassador John Hay Whitney.

While in England, Larry attended the Eaton House School, London where he excelled in track and field competitions. Returning to the United States, Larry prepared at Deerfield Academy, class of 1966, where his talents as a musician and editor were recognized early. He was the managing editor of the Deerfield Scroll. He often recalled how Deerfield recognized and supported his desire to study music by one day quietly presenting him with the keys to the chapel so he could practice the organ. Ellis L. Phillips III’s grandfathers were Ellis L. Phillips and Leroy Grumman. Larry’s career in music departed from his family’s contributions in electrical engineering and aviation. A biography published during his musical touring days notes that he was acutely aware that a career in music would be a dramatic change from following one of the family legacies. Larry graduated from Harvard University, class of 1970, where he earned his AB cum laude majoring in French while concurrently studying music at the Longy School of Music. As an undergraduate he studied music with Luise Vosgerchian. He earned advanced degrees in music from the Conservatoire de Musique de Montréal where he studied organ with Bernard Lagace earning the Certificat D’Etudes en Disciplines Théoriques. In 1975 he completed a Master of Music from New England Conservatory of Music, concentrating in harpsichord performance. In 1992, Larry became the third president of the Ellis L. Phillips Foundation. Through the foundation and his own personal engagement, he contributed much to his local and national community specifically supporting the arts and music. 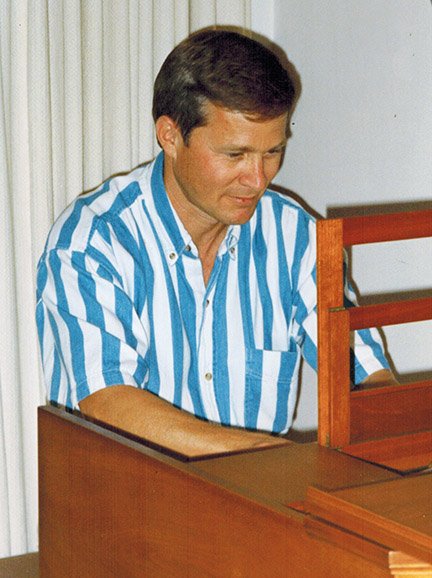 Living with Type 1 juvenile diabetes, Larry was proud to have received the Joslin Diabetes Center 50-year survivor medal in 2010. Eventually the struggle with diabetes brought his performing career to an end, opening the door for him to become a music critic for the Boston Musical Intelligencer, from 2008 until 2012. Larry was a founding member of the Boston Modern Orchestra Project in 1996 and served as its Chairman and then Chairman Emeritus. He was a founding member of the Partnership of the Historic Bostons and served on the board of trustees with several terms as vice-president, from 2001-2018.

A quiet and effective advocate for LGBT rights, Larry was one of the signers of the petition to Harvard University in 1984 that changed the university’s antidiscrimination clause to include sexual orientation, making Harvard the first university in the country to take this step. He was a founding member of the Harvard Gay & Lesbian Caucus and was on the Board of the Open Gate. In 1987, Larry recruited his friend Richard Schneider to edit The Harvard Gay & Lesbian Newsletter, which gave rise to the bimonthly national magazine The Gay & Lesbian Review Worldwide.

Beloved husband and partner for 31 years of artist David Lloyd Brown of Boston, Larry also leaves behind his sisters Valerie P. Parsegian and her husband V. Adrian Parsegian of Amherst, MA; Elise P. Watts and her husband Edward E. Watts III of Dedham, MA; Kathryn Noel Phillips of Hudson, NY; and Cynthia L. Phillips of Rhinebeck, NY; and his uncle David Leroy Grumman of Chicago, IL. He is survived by 9 nieces and nephews and their children. Donations may be made in Larry’s name to the Tufts Medical Center Development Office, 800 Washington Street, #231, Boston MA 02111, or online at, and the Joslin Diabetes Center, 1 Joslyn Place, Suite 745, Boston, MA 02215 or online HERE. For obituary and guestbook, please visit website. Folsom Funeral Service.