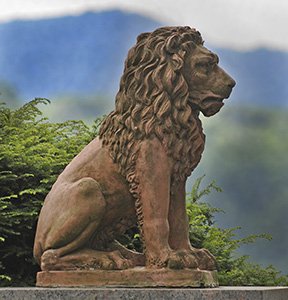 The next 2019 Tanglewood season offers something for everyone, with concerts six out of seven days during most weeks and two on Sundays. The spectrum of offerings is remarkable as well. Traditional orchestral heavies are well-represented: two Mozart, six Beethoven (including three symphonies), Schubert (Symphony 2), two Mendelssohn (Midsummer and Scottish), four Schumann (including the increasingly popular Concert Piece for Four Horns), five Brahms, four Dvorak (including Symphonies 7, 8, 9), three Tchaikovsky, two Rachmaninoff (Piano Concertos 1 and 3), and so on—mostly with the BSO but also including the Tanglewood Music Center Orchestra. The complete calendar is HERE.

An especially ambitious offering, with the TMC Orchestra: Wagner’s Die Walküre complete, act I on July 27th and the other two on July 28th, afternoon and evening. The stellar cast: Amber Wagner (Sieglinde), Simon O’Neill (Siegmund), Ain Anger (Hunding), Christine Goerke (Brünnhilde), James Rutherford (Wotan), and a Fricka not yet chosen. I remember back in 1965 or 1966, when Leinsdorf directed act I in Symphony Hall, my mother wrote me she was about to go hear it reluctantly, knowing how she loathed Wagner. The next day she wrote again —“I take it all back, it was glorious!”

A generous helping of visitors adds to the variety. The Venice Baroque Orchestra on July 11th will play Albinoni, Corelli, and five Vivaldi (winding up with Summer, the silliest piece imaginable, but forgivable because it is summertime, after all). The National Youth Orchestra of the USA offers an intriguing program: Berlioz’s Nuits d’été and Strauss’s Alpensinfonie, a large-scale work that has acquired too much popularity in recent years. The Knights, nominally a chamber orchestra, comes on August 15 to play a Hungarian program: Ligeti, Kurtág, Kodály (Galánta Dances) and the Brahms Hungarian Dances and Violin Concerto with Gil Shaham. On August 21 the Hong Kong Chinese Orchestra, 80 musicians strong, performs “on traditional Chinese instruments placed in a Western configuration.”

And of visiting conductors, there are many, because Andris Nelsons will be presiding over but four weeks all summer. These include the Tanglewood debuts of Antonio Pappano and François-Xavier Roth, and first BSO appearances of Yu-An Chuang and Rafael Payare, and Ken-David Masur’s final performances as the BSO associate conductor.

Nelsons and Mark Volpe, BSO President and Chief Executive Officer, congratulate Masur on his appointment as Music Director of the Milwaukee Symphony:

All of us at the Boston Symphony Orchestra congratulate Ken-David Masur on his appointment as music director of the Milwaukee Symphony Orchestra. Though we are very happy for him to receive such a prestigious appointment so soon after his tenure as the BSO’s associate conductor, we will deeply miss his fine musicianship and generous presence as one of our favorite members of the BSO family. The Boston Symphony Orchestra had a very close relationship to Ken-David’s father, the late great maestro, Kurt Masur, so it has always felt very natural and easy for us all to work so closely with Ken-David, whom many of us knew as a young boy and, over the years, watched grow into the fine musician he is today.

From a child running around the Tanglewood grounds taking in the music-making, to his two years as a Fellow of the Tanglewood Music Center, to his appointment as an assistant conductor in 2014 and promotion to associate conductor in 2017, Ken-David has dedicated and immersed himself in a life of music and proven himself time and again as one of the rising starts in our field today. We have been so fortunate to know Ken-David and spend time with him and his family—his wife, Melinda, and their three beautiful children. We wish them the very best in this next chapter of their life in Wisconsin.

During his four weeks, Nelsons continues his Shostakovich cycle with Symphonies 1 and 2. The 20th century is weighted toward earlier works: Mahler 4 and 5, La Mer, La Valse, Daphnis et Chloé (complete), Petrushka (but no other Stravinsky), Copland (Quiet City and Symphony No. 3), and some surprises: Ives’s Three Places in New England, Gershwin’s Concerto in F and the I Got Rhythm Variations, and most remarkably Schoenberg’s difficult unaccompanied chorus Friede auf Erden (a strange, tonal, Christian, only partly successful work), as a prelude to the Beethoven Ninth, on August 25.

Of new or relatively new music this Tanglewood summer offers a pleasant abundance. Some of us will be especially curious to hear Margariteña, composed 1954 by Inocente Carreño, who would be 100 years old in 2019; the New Grove calls it “one of the emblematic compositions of the Venezuelan nationalist period.” On July 6, the BSO will play Joan Tower’s Fanfare for the Uncommon Woman No. 1 and André Previn’s Violin Concerto Anne-Sophie, with ex-wife Mutter (Previn’s fifth) as soloist; this honors Sir André’s 90th birthday. On July 8 a trumpet concerto by the German Detlev Glanert (b. 1960) will receive a premiere; another trumpet concerto, Aerial, by the Austrian Heinz-Karl Gruber (b. 1943), will also be heard; on July 19 A Little Summer Suite by Betsy Jolas; and July 20 will feature the premiere of The Brightness of Light by Kevin Puts (American, b. 1972), with soprano, baritone, and video plus the BSO, about Georgia O’Keeffe and Alfred Stieglitz. On July 23, in addition to the usual Tchaikovsky and fireworks, Tanglewood on Parade will include a premiere, Lost Words for children’s choir, by James Burton, who directs the Tanglewood Festival Chorus. An American premiere, of Avner Dorman’s Double Concerto, will be heard on August 3, Pinchas Zukerman and Amanda Forsyth the soloists. On Friday evening August 8, Keith Lockhart will direct the Pops in the Shed, in a live-orchestra accompaniment of Star Wars: A New Hope, with John Williams’s score. Williams will also be the host on John Williams’s Film Night on August 24 with the Pops in the Shed, David Newman conducting; Newman also conducts the Pops on July 7 in another Williams event, Across the Stars, Mutter the violin soloist.

The Festival of Contemporary Music, what used to be called “Fromm Week,” August 8-12, under the general direction of composer-conductor Thomas Adès, will produce a world premiere by Irish composer Andrew Hamilton and nine American premieres. Aside from a chamber recital on July 25 of Charles Ives (including all four violin sonatas, with Stefan Jackiw and Jeremy Denk), I found no suggestion during any of these eight weeks of anything by a New England composer, let alone a Boston composer.

Many different chamber music events are scheduled—vocal, instrumental solo—of which I mention here only how Bach survives on the heavy side: Hilary Hahn will play three unaccompanied Violin Sonatas on July 10 and Yo-Yo Ma will give us all six solo Cello Suites in the Shed on August 11. (What can solo cello sound like in the Shed? Will it be amplified?) And Bach’s Suite in C minor for lute, S997, will lead off a guitar recital by Miloš (I think his full name is Miloš Karadaglić, from Montenegro) in Ozawa Hall, along with selections by Granados, Albéniz, Villa-Lobos, and the Beatles.

Comments Off on Tanglewood Season Only 7+ Months Away!