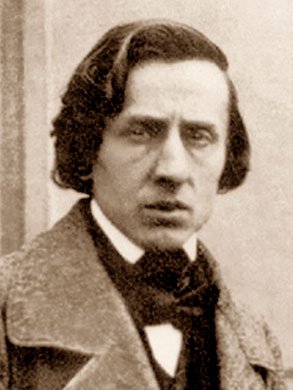 Melinda Lee Masur, piano, Omar Chen Guey, violin, and Rafael Popper-Keizer, cello, played “Hidden Gems of the Piano Trio” for the Lifetime Learning Sound of Music Performance Series at Temple Shalom West Newton last Monday, opening with Haydn’s Trio in A Major, H.XV:35, from a set reputedly neglected partly because of piano dominance, but not in this case. Here cello sometimes doubles piano bass, but just as often either provides counterpoint to the violin or supports its own intermittent leading role. Piano and violin trade off by quoting each other. Each offers its support through idiomatic gestures, arpeggios and runs in the piano, mellifluous lines in the violin. The audience thus met the musicians as a virtuosi, as well as constituents of a solid, assured ensemble.

Pierre Jalbert takes compositional inspiration from such disparate sources as flowing streams and Gregorian chant. The first movement of his Piano Trio No. 1 (“Life Cycle”) opens with a pulsating repeated note in the violin accompanied by piano flurries. The music moves to a jazzy four-note theme that alternates among the instruments. Fairly abruptly we change mood, the pianist reaching inside the piano with her right hand to dampen the lowest notes and create a heretofore unheard timbre. The strings respond contemplative sweetness, before returning to the jazz of the first section, but now with disorganized sound at times resembling classic jazz and ragtime. We may have heard allusions to traffic noise in the pace of 21st-century life. Harmonic conservatism, as well as a strong narrative wrought from the melodic kernel heard at the outset, holds the music together. The second movement, “Agnus Dei,” features broad, simple melodies, predominantly in the strings and accompanied by spare jewel-like sounds from the piano. In the last section piano pulses underlie simple, yearning strings,  effectively evoking quiet struggle.

One of Chopin’s few chamber works, his Piano Trio in G Minor closed the concert. Robert Schumann praised the work effusively. Although Chopin’s predilection for piano is clear, the trio writing, which recalls Haydn, is well-crafted. Two aspects of the first movement may speak to the composer’s uncertainty working with this combination of instruments: in one instance, the music returns to the same sequence of four-note block chords too often, and in another, the development sounds aimless at times. The Adagio features dialogue among the instruments, each shining in its role. The three musicians availed themselves of every opportunity to showcase Chopin’s poeticism, and their balance never faltered.

The relative neglect of the Chopin trio surely lies in its placement within a sizable repertoire of more-memorable such chamber works. Thus, the Masur, Guey and Popper-Keizer rescue operation broadened our sphere.

Future concerts and events in the fall Lifetime Learning Sound of Music Performance series may be found here.

Comments Off on A Trio of Revelations Out of Newton