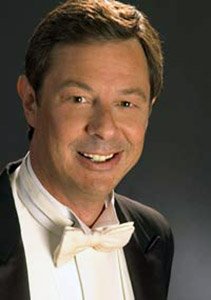 How, then, to say goodbye to a collaborator, colleague, and companion of 25 years, someone with whom we made music, sharing good times and bad, season after season, adding up to a full third of man’s biblical lifespan? What appropriate, meaningful words can come forth, even as we struggle with our tears and our grief, to evoke for others essence of Donnie’s kind and tender soul?

He was a man of almost angelic purity. Candid and naïve almost to a fault, held back from the start by problems of education and upbringing, he wanted, despite significant inner handicaps, to go forward towards life and to give his existence meaning. And he did indeed forge a path for himself, realizing his ambition to be a performing artist, and giving enormous pleasure and consolation to countless others via the beauty of his voice. To cite a line from the American songbook, a repertoire that Donnie treasured and recorded, he did it his way. There was a nobility to his existence, and I am humbled as I contemplate, insofar as I perceive it, the arc of his life which sadly ended yesterday.

You heard that round, warm, tender singing voice, onstage and via recording, and reveled in its author’s solid, confident musicianship, in his authentic and appealing personal presence. Did you know, however, that Don’s training was as an electrical engineer, and that he spent years working in a large corporation before deciding that music was his true calling? He told me once that his family had strongly counseled against his career change. Yet he persisted, leaving secure employment, and braving, at the start of his new professional life, genuine hardship and financial stress. He took a big risk, and he succeeded, becoming a property owner in his personal life, and a reliable and welcome part of the Boston-area musical scene.

And none of us, in a field known for its competitiveness and occasional cruelty, ever saw Don, as he rose to widespread acceptance and appreciation, show anything but good will and respect and frequent affection to his colleagues. “He didn’t have a mean bone in his body” is the refrain I have heard echoed from several corners over these last days. He indeed did it his way, but his way, so remarkably, included remaining a gentle soul, always and forever.

And his utterly extraordinary purity of being was unclouded by any trace of pretentiousness, posturing, self-promotion, or self-righteousness.

What you heard from the concert hall stage, as Donnie’s rich baritone rang out, was an affirmation of life and, also, a declaration of love for creation itself. As far as I know, he, though a church musician, was himself unchurched; and so I believe that his singing was the most intense expression of his genuine and authentic spirituality. 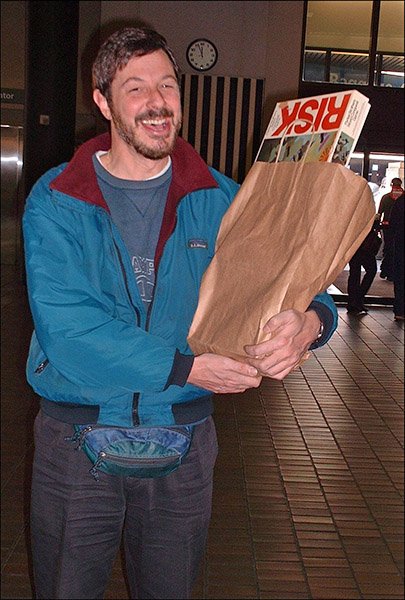 We also saw this offering of love, and this search for love, in his other activities and passions. So many of us learned from, and enjoyed, his intense devotion to the world of birds, his forays with binoculars into forests, swamps and marshes — some of us occasionally accompanied him to those places — and, after every tour to every continent, his inevitably long lists, circulated to one and all, of every winged creature he had managed to spot. We were awakened to the world of birds via Don’s enthusiasm, and our sense of awe at the diversity and richness of the universe was increased immeasurably.

He was an enthusiast about the things that were important to him. He also loved 1950s crooner records, “I Love Lucy” memorabilia, celebrity autographs, and old board games. And Scrabble. And the ocean. And, oh yes, his adored kitties. What an admirable appetite for existence!

I am so sorry for the numerous sorrows he underwent, for his failure to find a lasting, significant other, for the suffering engendered by his final disease. But his existence had meaning; even though it was too short, his was a rich life. He shall continue to live in our hearts for the light, the air, and the beautiful music his time on earth engendered. The angel took risks. He brought goodness into the world. May our friend Donald Wilkinson rest in peace.