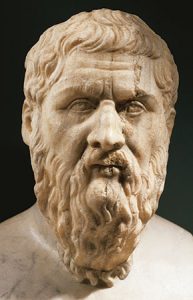 The Isabella Stewart Gardner Museum’s music season gets underway with back-to-back concerts of mostly site-specific repertoire this weekend. The highlight may come in a commissioned work responding to Whistler’s “Nocturne, Blue and Silver: Battersea Reach,” which hangs in the Museum’s Yellow Room. Jessica Meyer wrote Grasping for Light during her week-long residency at the Museum last March.

Other items in A Far Cry’s “Portraits,” featuring music inspired by renowned works of art, include Mussorgsky’s Pictures at an Exhibition, and Respighi’s Botticelli Triptych, nods to the Museum’s upcoming Botticelli exhibition, which opens Feb. 2019. William Grant Still took inspiration for “Mother and Child,” part of his Suite for Violin and Piano, from Sargent Johnson’s lithograph, “Mother and Child.”

In celebration of the Boston native’s centennial, violinist Tai Murray will join A Far Cry, in Bernstein’s “Agathon” from Serenade after Plato’s Symposium

“Grasping for Light serves as a metaphor for how Mrs. Gardner was able to move beyond the stagnant mist of her mental state toward the light of who she was supposed to be,” says Meyer. After the death of her only child, she fell into a debilitating depression, for which her doctor prescribed travel and new experiences. Her emergence from the tragedy and subsequent world travels rekindled her passion for art and her mission to collect it.

Entering its ninth season in a 10-year residency, A Far Cry has been the Gardner’s resident chamber orchestra since 2010. The Grammy-nominated group is known for its conductorless play, musical variety, and commitment to new music.

The Weekend Concerts Series is generously sponsored in part by Hemenway & Barnes LLP. The Museum thanks its generous concert donors: Fitzpatrick Family Concert; Diane Gipson; James Lawrence Memorial Concert; Charles Rendeiro; Alford P. Rudnick Memorial Concert; Marie Louise and David Scudder Concert; Wendy Shattuck Young Artist Concert; Willona Sinclair Memorial Concert. The piano is dedicated as the Alex d’Arbeloff Steinway. The harpsichord was generously donated by Dr. Robert Barstow in memory of Marion Huse and its care is endowed in memory of Dr. Barstow by The Barstow Fund. The Museum is also supported in part by the Massachusetts Cultural Council, which receives support from the State of Massachusetts and the National Endowment for the Arts.

The Isabella Stewart Gardner Museum – a magical creation of one woman’s daring vision – invites you to awaken your senses and be transported. Modeled after a Venetian palazzo, unforgettable galleries surround a luminous courtyard and are home to masters such as Rembrandt, Raphael, Titian, Michelangelo, Whistler, and Sargent. The Renzo Piano wing provides a platform for contemporary artists, musicians, and scholars, and serves as an innovative venue where creativity is celebrated in all of its forms.

Comments Off on Continuing To Fulfill Mrs. Gardner’s Mission