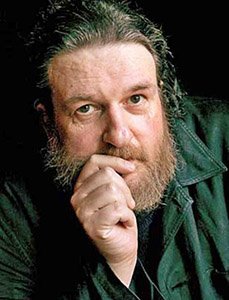 Oliver Knussen’s recent passing leaves modern music at a terrible loss. He was a composer of our own era who wrote very good music, and no less than that, he was a conductor who cared about sustaining the modern era in performance. Only 66 years old when he died Sunday, he had suffered from significant health problems for some time.

Some of us will remember his wonderfully picturesque and boisterous “wild rumpus” music for his opera Where the Wild Things Are, after Maurice Sendak’s beloved children’s book. We will remember his NPR talk about Act II of Boris Godunov, which he compared to the best children’s music of all time. I will remember him for his able management of Fromm Week at Tanglewood, his loyalty and skill in defense of Alban Berg’s music, and especially a fine Boston Symphony appearance 26 years ago, when he conducted Debussy’s La boîte à joujoux, an entrancing work from 1913 which the BSO, in all of its French-oriented history, had never before managed to perform.

Knussen’s career start, as adolescent composer and conductor, was auspicious and already accomplished. Writing in the Boston Globe 49 years ago from the Florida International Music Festival, Michael Steinberg reported that:

One of the most interesting personalities here is Oliver Knussen, a 17-year-old composer whose father is … board chairman of the self-managed London Symphony and its principal double bass player. Young Knussen first attracted attention in this country last year when, substituting for the indisposed Istvan Kertesz, conducted his own Symphony at a London Symphony concert in Carnegie Hall. Even at 15, he was no velvet-knickers, corkscrew-curls prodigy. He is soberly professional, skilled, hardworking, curious and well-informed. The contemporary composers he most admires are Ives, Carter (for him the most interesting of living American composers), Ligeti, Britten, Messiaen, and he also spoke warmly of Babbitt and Wolpe ….

The Festival had commissioned a work from Knussen, and he conducted its premiere [here] with the London Symphony. It is a two-movement Concerto for Orchestra, due to acquire a third movement at some later stage. It begins with a barrage of 10 short ideas, set next to one another without transition, and containing the material for what is to follow. The first movement proceeds by abrupt juxtaposition, though in larger units, becoming more intense, and leading to a long-held, dissonant, climactic chord. The second movement that emerges from this chord is a long, slow, impassioned melody, punctuated three times by piano solos that refer back to the jazz gestures in the first movement. The “scenario” of the Concerto as it now stands is the wrestling of continuity and order from discontinuity and chaos.

Oliver Knussen is a real composer. He has gifts you cannot buy. His music is interesting and is shaped with a sure sense of timing. Others … have written musical dramas of the sort that Knussen’s Concerto is, but the piece is something very much his own. I should point out that his vocabulary is not as distinct as what he has to say, or, if you like, that the bottles are not as new as his wine deserves. Knussen also is recklessly generous, both in the piling on of musical gestures and in his orchestration.

He is a remarkable young man. The Concerto also is remarkable as the work of a boy of 16, and it would be interesting if it were the work of a man of 32. … Knussen, by the way, is also an impressively efficient, unshowy conductor.

I shall always regret that I never met him. But we corresponded several times about Berg’s music, about our mutual close friend George Perle, and about the Lili Boulanger Memorial Fund, for which Knussen provided valuable assistance. His lovable personality radiated throughout his life and career. Oliver Knussen was a true musician and a true friend to all of us who serve our period in music.