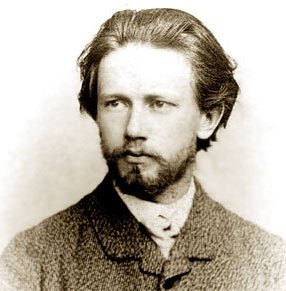 Tatyana Dudochkin, a member of the NEC Preperatory School piano faculty, will present her 28th-annual Jordan Hall concert honoring a composer in an anniversary year. This year, the Conservatory itself will share the spotlight with Tchaikovsky on Thursday at 7:30. Each year, she told BMInt, “I consider several composers until I am burning with enthusiasm, then I have to find performers who are available.

The evening includes a mix of acclaimed performers, NEC faculty, and highlights the New England Conservatory’s Preparatory School students who will open and close the event. Conductors, David Loebel and Jonathan Richter are to lead the NEC Youth Chorale and the NEC Youth Philharmonic Orchestra—showcasing 183 of Boston’s most advanced youth musicians. The NEC Youth Chorale is a highly celebrated mixed chorus for advanced singers in grades 9-12. Founded over 50 years ago, the Youth Philharmonic Orchestra (YPO) is the senior-most orchestra at NEC’s Preparatory School and is comprised of gifted young musicians between the ages of 14–18. NEC Prep is one of the largest programs of its kind in the nation. Every week, 1700 students from across New England—absolute beginners to the most advanced young musicians—participate in lessons, classes, and ensembles.

Now in their 28th year, Dudochkin’s tributes started out by chance. They have never played to an empty seat. Indeed, when she honored her mentor and friend Aram Khachaturian in 2004, in what would have been his 100th year, the concert sold out within 30 minutes. A second concert had to be added, and it too sold out.

Once the idea caught on, friends began sending her the names of composers having an anniversary of note. Her own list grows from year to year. Mounting the concerts is a big job, from programming, research, and artist selection to “notes and bios and tickets, then hoping nobody gets sick.” And she has to prepare her own performance. Despite all, she is always thinking about next year.

BMInt: For the previous 27 years your annual extravaganzas have saluted celebrated composers’ (except in the case of Shakespeare) anniversaries.

TD: After I have chosen a beloved composer according to relevant anniversary dates and according to his/ her importance to our life, it takes a year to prepare the extravaganza. I often visit the country where he/she was born, undercovering music were it was written, choosing the program and finding the performers, including NEC faculty, sometime young musicians and always a very special guests.  In the past we have had Natalia Gutman, cello for the celebration of Elgar; Maxim Shostakovich for Shostakovich, Armenian opera stars for Khachaturian, soloists of the Met, the Bolshoj and La Skala, soloists from Boston Ballet, BSO, and once a granddaughter of Puccini who flew from Rome to greet my audience in our Puccini celebration. I met Joaquin Rodrigo’s daughter Cecilia in Madrid. She sent a lot of music to NEC’s library. I visited a museum of Villa Lobos in Rio de Janeiro to get a new idea for celebrating his music…. Well, I would say that Shakespeare extravaganza was about celebrating composers, who were inspired by Shakespearian literature. That was a great collection of composers through the history of music… in Paris Conservatory I found some Debussy unique pieces…in Venice music by Verdi… People say that my annual legendary concerts are a great source of education and joy of the most famous and loving music as well as discovery of a lot of new ones. That it my goal to put in one concert all different genres of chosen composer, with the highest range of performers.

What are we supposed to think of Tchaikovsky these days, and how have your feelings for him evolved over your lifetime?

Tchaikovsky’s romantic, beautiful and accessible music makes me feel at home and special here in America. Some would say he has a very Russian sound since he uses some folk melodies on his symphonies and other works. Many people who grew up in the US love his music and considered it an essential part of American culture. After all, who could imagine Independence Day fireworks without the 1812 overture, or winter holidays without Nutcracker?​

People love Tchaikovsky because his music is full of love, passion, tragedy, and deep humanity. And in terms of his connection with Boston, his 1st piano concerto premiered in Boston 1875!

How can you present the greatest hits of this Russian without his sugarplum fairies?

There are so many wonderful pieces that Tchaikovsky wrote, that I can imagine doing a whole week of his music, and so of course that would include whole Nutcracker! With only one concert to program, I always try to find a careful balance of well-known and less familiar examples. For instance, Tchaikovsky was very spiritual, so I wanted to include some of his sacred liturgy.

Your gala events are something beyond conventional concerts. They are potpourris of well-chosen snippets, scripted and extemporaneous conversations, NEC standing youth ensembles, illustrious guests and ad-hoc partnerships. Do you have attention deficit disorder?

I believe that a grand celebration calls for something extraordinary. To achieve this and bring the audience something magical, you do have to think outside the box and brainstorm everything that would be exciting to really represent the composer well in just one night. You do have to be courageous and plan well in advance with everyone to bring all the different ensembles together. That’s the signature idea in my vision of a grand celebration, it’s not just another standard violin recital or a standard concert. I’ve even had ballet included in years past!

How much talk and how much music?

The concert is mostly music with some commentary from Ron Della Chiesa who has hosted so many great programs for the BSO, WCRB and WGBH over the years. It’s always nice to connect with the audience and hear his narrations to bring together all the music. Cathy Fuller also contributed her hosting for several years.​

How do you manage to fill Jordan Hall year after year?

I’m glad that my hard work to build something extraordinary resonates with the audience! While I’m lucky to have a following, I also reach out and attract different communities to each event. For example, we had consul general of Norway attend the Grieg Gala, the Russian cultural attaché came from New York for the Shostakovich gala, and composer’s son Maxim Shostakovich conducted the NEC Youth Symphony. Puccini’s granddaughter came from Italy and Italian ​wine makers donated wine for the reception. The Consul General of Spain​ attended the Rodrigo celebration, and the French Consul General and community came to celebrate Massenet and Debussy.

The Armenian consul and many UN delegates attended Khachaturian celebration which was sold out twice over, so we had to program two sold-out ​concerts in one night. I do my part to make music accessible, exciting and engaging.

One can purchase tickets HERE for the mammoth program consisting of Tchaikovsky’s: