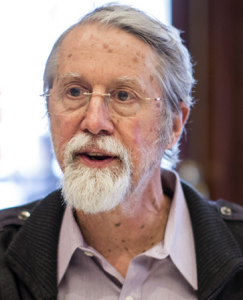 The Acoustical Society of America presents its prestigious Wallace Clement Sabine Award “to an individual of any nationality who has furthered the knowledge of architectural acoustics, as evidenced by contributions to professional journals and periodicals or by other accomplishments in the field of architectural acoustics.” The most recent winner, named last fall (it is not a yearly award), is Cambridge acoustician and sometime BMInt contributor David Griesinger.

The ASA award is named, of course, for the young Harvard physics instructor who got enlisted in the late 1890s to solve the problems of unintelligible university lecture halls, resulting in pathbreaking research that led to Sabine’s being asked to consult to Symphony Hall Boston—whose famed acoustics remain unsurpassed today.

The ASA citation for Griesinger reads “. . . for contributions to the understanding of electroacoustics and human perception of sound”. Like Sabine, Greisinger was academically trained in physics, not specifically acoustics much less psychoacoustics. His colleague Stephen Barbar’s bio (lightly edited) gives the overview:

David Griesinger was born in Cleveland Ohio. He attended Harvard, earning in physics a BA in 1966, and PhD in 1976. In graduate school, he met his wife, Harriet, who is also a physicist. They have a son, Ben, and one grandchild.

Griesinger is as well the recipient of the Gold Medal of the Verband Deutscher Tonmeister, Silver Medal of the Audio Engineering Society, and the Peter Barnett Award from the Institute of Acoustics.

Griesinger’s father was a versatile musician. He had one of the first FM radios, and a large collection of 78s. He would often organize chamber music evenings at their home. In the early 1950s he purchased the first consumer tape recorder made in America, and David soon learned to use it. Several years later David persuaded his mother to purchase Magnetic Tape Recording, by Marvin Cameras, in lieu of a book from the children’s section of the bookstore. In under two years he had built his own tape machine “out of old motors, ball bearings, rubber belts, vacuum tubes, and wood”. He was also singing in the church choir, the school glee club, and learning to play French horn.

While attending Harvard, David recorded every concert he could, working with notable conductors and musicians. He modified tape recorders, and built his own electronics to improve sonic quality, including an 8-channel mixer with independent VU meters, a novelty in its day. He even machined and built his own condenser microphones, “a vast improvement” over the dynamic microphones he had been using. A source of frustration was the inability to correct balances among instruments while optimizing their balance in the reverberation. Making this correction was tedious.

Soon David had built his own microcomputer, and the price of memory had dropped sufficiently to contemplate building a digital reverb. After constructing several prototypes, he had a system that produced the desired results, which became the basis for the 224 digital reverb from Lexicon, where Griesinger now worked. The 224 and its successors (224X and 224XL) created a paradigm shift in the audio recording industry. It delivered unprecedented acoustic flexibility in a chassis that was smaller than a breadbox. Its portability made it rentable to any studio, producer, or engineer as for specific sessions or live recordings. In addition, it enabled artists to specify the system for touring productions. The 224 was quickly recognized as the gold standard of its day.

However, the audio community was about to undergo another paradigm shift in the form of digital media. This spawned the development of the next generation, the Lexicon 480L, the platform that allowed David to create a new digital reverb as well as audio tools in the digital domain. This included one of the first digital mixers, digital compression, and digital EQ. Other tools followed. David even built a Dolby-compatible 4:2:4 surround decoder that automatically corrected azimuth errors in VHS recordings, and the resulting product, the Lexicon CP-1, started Lexicon’s consumer products division. Subsequent work led to a patent for the Logic 7 surround sound process.

Throughout this time, Griesinger remained active with recording and acoustics research, publishing papers on subjects ranging from microphone technique to binaural recording of surround sound and acoustics.

In the late 1980s, audio engineer Neil Muncy asked if David had any experience using digital reverberation to alter physical spaces, as Muncy had been hired by the Ontario Heritage Foundation to oversee the acoustics of the Elgin Theatre, one of the last remaining Lowes double-decker venues (theater built on top of a theater) in the world. Past attempts at electronic acoustic augmentation had produced systems of great complexity, limited flexibility, and less than optimum quality. David decided to investigate what was necessary to create a system that was both practical and capable of substantial improvement. This research led to the development of LARES (Lexicon Acoustic Reinforcement and Enhancement System) and a patent for the system. The first system was installed in the Elgin, and since that time hundreds of similar systems have been installed throughout the world, to critical acclaim.

Working with LARES afforded David exposure to a wide range of venues as well as many practitioners working in architectural acoustics. It also provided the opportunity to work with numerous conductors and musicians. Griesinger’s focus began to shift both to the physics involved in the perception of reverberation and to the neural processing of human hearing. 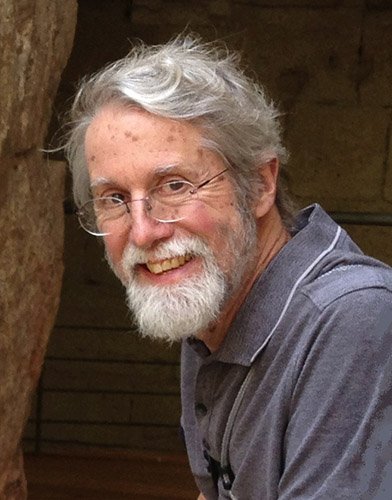 This research has led to a series of discoveries, conveyed in papers starting in 2004 (“Pitch Coherence as a Measure of Apparent Distance and Sound Quality in Performance Spaces” IOA 2006; “Phase Coherence as a Measure of Acoustic Quality, Part One: The Neural Network” ICA 2010). By 2010, David had described the mechanisms that invoke the sensations of acoustic distance and acoustic intimacy or “engagement,” and had developed the means to reliably measure it, which he dubbed LOC (the measure predicts the threshold for localizing speech in a diffuse reverberant field based on the strength of the direct sound relative to the buildup of reflections in a 100ms window). These mechanisms also explain many other aspects of aural perception, including the cocktail party effect, the ability to tune instruments to high precision, the reasons we hear pitch in octaves, why fifths and fourths sound so harmonious, why we are so good at hearing signals buried in noise, why mechanical speech-to-text systems are >10 dB worse than human hearing in the presence of noise, why we can separate two simultaneous talkers into two independent neural streams if they are different in pitch by just over a quarter-semitone, and why children can’t remember what teachers say in most classrooms.

This research also resulted in new algorithms for electronic acoustic enhancement that provides a substantial improvement in perceived clarity. The implications of this research for acoustic design of spaces built for music and speech are substantial. It represents a paradigm shift in the field of architectural acoustics equivalent to one Griesinger has instigated throughout his career. His enduring interest in the human perception of sound is manifested by ongoing research, continued writing and publishing of technical papers, and further inventions in the field to which he has already contributed so much.

http://www.davidgriesinger.com/ is the website of interest. If you have enjoyed the richness of classical (and other) recorded sound over the last 35-plus years, you have benefited from the work of David Griesinger.