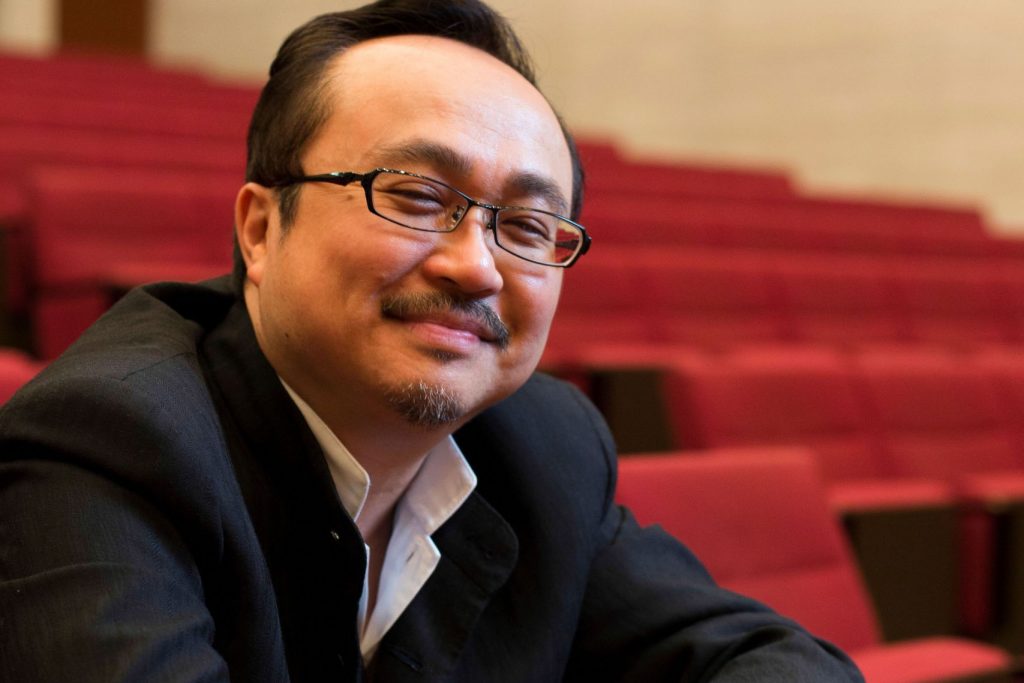 Not since Shura Cherkassky played in Jordan Hall in 1990 have I heard piano tone as beautiful as Dang Thai Son’s. And as then, I inquired whether the instrument had somehow been tricked out. The astounding Vietnamese-Canadian musician, who won the Warsaw International Competition in 1980 (and heads to the Oberlin faculty next fall), has become such a master of subtle gesture, roseate coloration, and seemingly infinite dynamic control that you could place him in front of an acoustic recording horn and mistake the result for the work of a keyboard golden ager.

For his Foundation for Chinese Performing Arts appearance, Saturday at Jordan Hall, Son began and ended with Schubert. And what an ending—has any other pianist offered as his encore the slow movement of Schubert’s B-flat Major Sonata? Son endowed that sublimest Andante sostenuto with a bittersweet, exquisite patience underscored with deepest longing. Every shading, rubato, and grace note felt inevitable.

Son set the bar for the evening in the Allegretto in C Minor, no throwaway opener. Across a range from caressing delicacy to warm forte, Son made clear his intention and inflection as inner light glowed. He virtually orchestrated the Twelve German Dances with abundant colors, charm, lilt, and winsome song, although when the music called for it he ceased old-world relaxation and sprang diabolically dramatic surprises.

A Venetian Son carried us over the dappled waters in a royal barge for Chopin’s Barcarolle, never straining a sinew yet propelling his craft with gracious ease, special moments floating by. He summarized a lifetime through Innigkeit, then triumphant speed, then brilliance in the Andante Spianato et Grand Polonaise Brillante. He can play fast and loud without ever rushing or banging while making the case for golden mean dignity.

The five short morceaux of Paderewski to which Son introduced us in the second half placed him squarely in repertoire conjuring the historical pianists his style evokes. He approached these miniature genre paintings with a reverence and respect which one guesses he could hardly have summoned for them as a 20-something world-beating competitor.

Mélodie in G-flat Major emerged from its obscurity in a ravishingly intense quietude and hesitant repose. To one part Grieg Lyric Suite and one part Song Without Words add a dollop of something Polish and martial, and you have the bold Légende in A-flat major. Without shyness, Son marched forth with his first fff of the evening. Nocturne in B-flat Major featured truly singing tone for the simplest of melodies. Recalling the earlier German Dances, the Menuet in G Major began with contagious Vienesse undulation, growing and growing before beginning anew, as a phoenix. The last of the Paderewski set, the B-flat Major krakowiak, didn’t so much erupt as unspool as a sly, exotic Bartokian comedy.

Son’s Reminicenses of Norma (after Bellini) through the good offices of Lizst gave us our third occasion in as many months to ponder this evocation of a remembered night at the opera. Rolled chords, tremolos and octaves burst and thundered, yet gorgeous vocal display always overlaid orchestral extravagance. If Maria Callas had been a pianist, she would have played it like this.

And then that sublimest of encores.