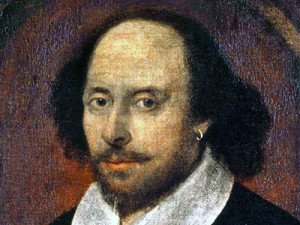 BMInt spoke with Shakespeare Concerts’ founder Summer, familiar for his recent opera The Tempest and for numerous other Shakespeare Concerts projects. He studied with Czech composer Karel Husa, attended Oberlin Conservatory, and taught theory at Carnegie Mellon before “coming to [his] senses” and leaving academe to pursue composition fulltime.

JS: Our programs are about the combinations and permutations of a solo voice (in this case a mezzo), a violoncello, and a piano. The texts are primarily Shakespeare [who Summer believes was actually Edward de Vere], but not only. Besides Prokofiev, the composers are alive and well and in fact will be at the concerts, hearing their own works for the first time. Binna Kim’s Give Me Your Hand, an evocation of Lady Macbeth, is our featured world premiere. Howard Frazin’s A Wren and Benjamin Pesetsky’s in Just– will be performed for the first time in this instrumental setting; their works don’t use Shakespeare texts. Thomas Schnauber premieres two works, one about sonnets, and the other about drinking (a song from Othello.) My own pieces include several Shakespeare settings, including the world premiere of my Sonnet LI, as well as my sonata for violoncello and piano.

Q: How did you connect with the other composers you’ve included, and why these pieces of theirs?

Last year we premiered a work by Pesetsky at the Shakespeare Concerts. I had called him to ask about writing an article for BMInt and he declined. He preferred to write a piece for the concert, and [this year] I thought I should ask him for a work. If I recall correctly, Howard Frazin called me to ask me some questions about how he could produce a CD, as I have loads of experience doing so. We had lunch and I thought, why not ask him [too] to write a piece for this program? He agreed to retool an earlier work. As for Thomas Schnauber, I’m pretty sure I recall accurately that I asked him to consider a teaching position at a college…. I knew his music, and thought the school would benefit from a composer and educator of his skills. While he contemplated my request, I asked him to write a Shakespeare setting for this project, but he told me he wanted to set Wordsworth’s Scorn Not the Sonnet, so we agreed to both. After I had Ben and Howie and Tom onboard, I realized (or maybe I was told) that they all compose for WordSong. I wanted another composer and googled WordSong and saw that the group had just premiered a work by Binna Kim. So I asked her to write a piece for the project. Only right now, as I write the answer to this question, have I realized I just coopted the WordSong composers. I thought Binna had agreed to write a short work, but she submitted a massive composition, so I made it the centerpiece.

Q: Talk about the performers—is there a connection to Korea?

The Korean focus of the concert was pure happenstance. It grew organically for a while, and then I realized what it was. SangYoung Kim is my “American” pianist. She wanted to record several of my piano works and I thought it would be sensible to include my sonata for cello and piano in her project. I was asked to produce a CD of another composer’s music and heard that this project was for cello and piano [too]. I asked if I could steal his cellist for my project. She, it turned out, was Hyun-Ji Kwon. Before inviting her to participate I googled her and discovered she was a graduate of Ewha University in Seoul. My wife teaches at Ewha every year, and I often accompany her. I thought, Why not do a performance at Ewha while my wife is teaching? So now I had two Korean-Americans and a cello/piano duo concert. It struck me then that if I added a singer I could change the SangYoung Kim project into a Shakespeare Concerts project. Ryu-Kyung Kim, a mezzo-soprano with whom I had recently collaborated and with whom I wanted to collaborate again, came to mind. I googled WordSong and found Binna Kim along with the three other composers from this project. Incidentally, last year I went scuba diving at Jeju Island in Korea.

This question would take at least 50 pages to answer. I created the Shakespeare Concerts in 2003 after 20 years of self-imposed public silence. After I founded the Contemporary Opera Company of America (COCOA) in 1983 and produced my opera Hippolytus, I became disheartened by the inordinate amount of time COCOA was taking from my composing. I absented myself from producing music for 17 years. I just sat in my studios and composed comic operas based on Boccaccio’s Decameron. The Hebdomad cycle was intense work, and I would give myself breathers between completing scenes by setting Shakespeare texts that seemed to me to be written by the Bard about my life. After two decades I had amassed a vast amount of Shakespeare settings which I had never attempted to have performed, and I realized that this superfluity was a perfect vehicle to ride toward the eventual production of my Boccaccio operas. Additionally, the isolated settings of the Tempest and Hamlet scenes (which were all commentary on my own experiences) could be fleshed out to form entire operas themselves. About 80 percent of my musical output is non-Shakespearean, but I’ve only produced, in the last 15 years of the Shakespeare Concerts, much less than half of my Shakespeare pieces. The Shakespeare Concerts encompasses texts that are not only by Shakespeare but are influenced by or influenced Shakespeare, which places nearly everything in the Western canon at our disposal. (Not incidentally, All’s Well That Ends Well, Cymbeline and The Two Gentlemen of Verona are adaptations by the Bard from Boccaccio’s The Decameron, so my Hebdomad operas might be shoehorned into my Shakespeare-themed works, but that changes the percentages above dramatically.)

Q: What other projects are you working on now?

I recently finished two string quartets, I to the world am like a drop of water, and unpath’d waters, undreamed shores, which, despite their Shakespearean titles, are about my scuba-diving adventures in Indonesia. They will be performed and recorded in 2019 or 2020. My four-hour setting of Hamlet will receive a highlights performance and recording also then. Both these undertakings have been generously funded by the Mattina R. Proctor Foundation. The latter project is in preparation for a fully staged production, the former is the beginning of a multiple CD series of my three string quartets and quintet, as well as my music for voices and strings. Recently I completed editing a new CD, Summer’s Distillation, an album of music inspired by Brahms’s Op. 17 (with music by Schumann, Benjamin Pesetsky, myself, and of course the Brahms.) That will be released as soon as I have time to spare. This concert’s music will be recorded for eventual release as well.

Comments Off on Cook Licks Own Fingers