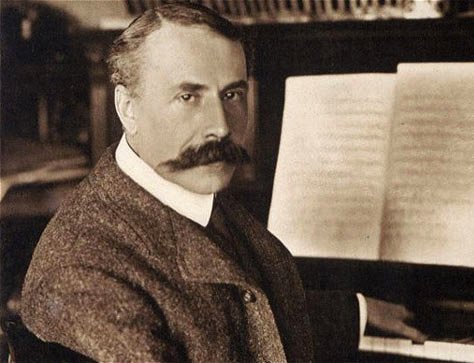 A lover of esoteric music that deserves a much higher profile, I am joyful when distinguished performers offer such works. Friday at Symphony Hall, Benjamin Zander and the Boston Philharmonic Orchestra, in collaboration with the Chorus pro Musica (CpM) and three accomplished solo singers, did this with skill and conviction in Elgar’s magnificent musical drama The Dream of Gerontius. In a pre-concert talk, Zander emphasized the rarity of American performances, taking Boston as an example, by noting that since the work’s completion in 1900, there have been all of three runs of it in Symphony Hall and very few elsewhere in our town.

Elgar’s setting of an abridged version of Cardinal Newman’s 900-line eponymous poem which elucidates important tenets of Roman Catholicism did not achieve an immediate success due in part to a disastrous premiere and in part to the still-strong hostility to the Roman Catholic church in Victorian and Edwardian England. Within a mere couple of years, however, the beauty of Newman’s verse and the wondrous creativity of Elgar’s musical setting won for it an exalted place in the pantheon of English sacred music, in England, at least.

Zander (an Englishman) clearly has this piece in his bones and is eager to proselytize on its behalf. His engaging talk therefore mixed folksy anecdote, performance history, and user-friendly compositional analysis (aided by playing musical examples on a keyboard), with occasional touches of humor. Above all, Zander’s abiding love of the work and rapturous praise of Elgar’s inspired treatment of the poem heightened our anticipation.

The orchestral prelude, somewhat influenced by Wagner’s style, sensitively established the world-weary feeling of the dying Gerontius (not a proper name but simply Greek for “old man”) and the quiet sorrow of his friends who have gathered round his bed. Among the many leitmotivs first heard here, though, also cam moments of comfort, e.g., the gently rocking “lullaby” theme, as well as instances of the character temporarily mustering his waning energy. Tenor Robert Murray, as Gerontius, entered a hair’s-breadth above audibility (“Jesu, Maria–I am near to death”), momentarily making the large space of Symphony Hall into the close quarters of a bedroom. Indeed, I generally found Murray’s introspective moments the most emotionally telling throughout. Gerontius’s attempt to describe to his friends the sensation of slowly dying is a “purple patch” in both Newman’s verse and Elgar’s remarkable setting of it, realized to perfection by Murray, Zander, and the orchestra. When Gerontius says, “‘Tis this strange, innermost abandonment… This emptying out of each constituent and natural force…,” Elgar creates an otherworldly effect by having high and low strings play ppp and without vibrato; the big gap in the middle of the string texture wondrously evokes the “emptying out.” Chorus pro Musica contributed a heartfelt “Kyrie eleison,” asking God to have mercy on their friend, with some subtle but effective varying of articulation (“Lord, deliver him”).

Gerontius’s final effort to muster his declining life-force is perhaps the tenor’s greatest physical challenge, having to sing virtually continuously for over eight minutes in a high tessitura, saving his highest note of all (B flat) for the end of the passage. When he was above mezzo forte in these passages, Murray’s vibrato tended to be widen slightly uncomfortably, but to his credit he held nothing back emotionally. If his climactic B flat betrayed a little strain, perhaps that was Elgar’s intention, placing it in the middle of “in thine own agony.” The high drama continued convincingly into “Rescue him, O Lord” with each chorus section standing successively at its own entrance. This chorus tapers to an intimate ending to lead naturally into Gerontius’s hushed final earthly utterances: his moment of death might have been easy to miss had Newman not had him break off in mid-sentence with Elgar following suit in the music. The first to notice his departure from the living is the Priest (“Proficiscere…Go forth upon thy journey”), our first hearing of bass-baritone Derek Welton whose sound is impressively stentorian but also flexible in making well-nuanced transitions from forte and fortissimo to piano and back again. The chorus stirringly returned to give Gerontius their own grand send-off but soon carefully dialed it back—as did the large orchestra—in order to collaborate with Welton without overwhelming him. Part I ended in a warm pianissimo glow of D major, representing the affection of the deceased’s friends, sufficient to keep public grief at bay.

Part II also opens with an orchestral prelude, well contrasted with the torpor and fatigue of the first one. Here the silky muted strings conveyed a “lighter than air” quality, telling us that we were no longer earthbound. The meter, as well, seems untethered from “terrestrial” patterns; Zander indicated beats but not a beat pattern. The title character, now known as the Soul of Gerontius, eventually enters with “I went to sleep; and now I am refreshed.” Murray subtly modified his singing in sympathy with the orchestral sound, perhaps using a tiny bit less “projection” of the voice but still quite intelligible at the back of the hall. The Soul soon meets his guardian Angel who will escort him through Ether, Purgatory, and ultimately to Heaven. Mezzo soprano Madeleine Shaw was perhaps rather more understated than the majority of exponents of this role, but she left no doubt about her solicitude for her charge as she explained her assigned guardian duties. The Soul and Angel combine in a brief duet (unique in this score) whose words were—perhaps inevitably—largely lost as the two soloists sang different texts in different rhythms simultaneously. Fortunately, our programs supplied the full text. The music is strikingly beautiful, however, the better to contrast with what soon follows, as the pair approach the judgment court. The Soul remarks on hearing a “fierce hubbub” which the Angel explains is an assemblage of demons gathered there hoping to collect souls for hell.

Another of Elgar’s high-points follows, the Demons Chorus (“Low-born clods of brute earth”), which is the sternest test of the chorus, with copious markings for dynamics, articulation, accents, etc. Elgar employs deliberately harsh, even ugly sounds to contrast with what preceded, and choruses, told 99.9% of the time to make the most beautiful sounds possible, generally have to be prodded repeatedly to make an intentionally unpleasant sound in this section. (As the great British conductor, Sir John Barbirolli, once told a chorus in rehearsal, “You’re not bank clerks on a Sunday outing; you’re souls sizzling in hell!”) Thanks to Zander and Jamie Kirsch, Chorus pro Musica succeeded strikingly, while maintaining sharp ensemble and crisp rhythms, which certainly made the listeners’ adrenalin pump. The excitement rose even further in the central fugue (“Dispossessed, aside thrust”) with its jagged subject and tricky rhythms. The only ensemble discrepancy I noticed the entire evening came when, after the fugue had dissolved into homophony, the chorus didn’t quite keep up with Zander’s dramatic accelerando initially; but within a few seconds, all were reunited—a testament to how well the singers watched the conductor instead of being buried in their scores. In the demons’ final section, they scoff at God’s laws and mock humankind, interjecting fiendish laughter: CpM again displayed mastery of such details as slurred “Ha! ha!’s” versus staccato ones with different accent patterns. As they palpably faded into the distance, they had a short passage of legato lines in which longing melancholy supplanted bile.

The Soul can hear the demons but not see them, and he wonders whether he will have a chance to see God. The Angel’s response is another profoundly moving passage. In her explanation she recounts how St. Francis received Christ’s stigmata, and notes that the Soul will see God for a brief moment (“that sight of the Most Fair will gladden thee, but it will pierce thee too”). Again, Shaw sang with quiet drama though, given Newman’s wonderfully personal language, she might have done more pointing up of key words. With dynamics and phrasing beyond reproach, she could also enhance the artistry with a communicative face. Without pause the women of CpM entered, now portraying angels (“angelicals”) singing “Praise to the Holiest” with ethereal sound over the delicately beautiful arpeggiated accompaniment. As the Soul and Angel come closer to the presence of God, Shaw stirred things up effectively, leading to the fff entry of the full chorus in the hymn of praise. Here, as in numerous places, the organ’s 32-foot pipes lent exciting supplemental power and gravity to the orchestral texture. But after a mere dozen measures of maestoso grandeur, another great accelerando takes us into Allegro molto (almost three times faster) and, soon, a much reduced dynamic (“O gen’rous love”) where the harmony is entirely in the chorus, the orchestra playing nothing but one pitch in various alternating octaves for some 17 measures. Zander and his forces negotiated all the transitions of tempo and dynamics with exceptional skill.

Before the Soul can see God, he must encounter the Angel of the Agony, a being who gave strength to Jesus Christ as he suffered crucifixion. His aria (“Jesu! by that shudd’ring dread which fell on Thee”) is superbly suited for Derek Welton, calling for the vocal equivalent of a trombone but also for the same ability to soften up, emotionally and dynamically, as in the Priest’s solo from Part I. In the outer parts of this arresting aria, the vocal line moves mostly in half-steps, beginning phrases in a dissonant clash with the orchestra, Elgar’s inspired evocation of physical and emotional agony; the central section allows the singer something more akin to a normal melody. Welton gave a magnificent interpretation, encompassing effortlessly all the disparate demands of the vocal writing, with powerful and expressive support from Zander and the BPO. Following this, the first Angel returns to tell the Soul that he is ready to see God, culminating with her final, most ecstatic Alleluia. Zander expertly brought the orchestra “to a boil” before a split-second’s silence, then the greatest of sforzandos (marked fffz) with every instrument in the large orchestra told to “exert its fullest force,” with the Soul responding near the top of his range “Take me away!”

He now travels to Purgatory, “in hope… and happy in my pain,” but the musical highlights of this section are consolatory, the subdued chorus “Lord, Thou hast been our refuge” and the Angel’s final aria, “Softly and gently.” In the latter, Shaw did her most affecting singing, as in a lullaby. Her lowest notes may not have been ideally present throughout the hall–the tessitura is better suited to a contralto here–but thanks to the sensitive accompanying of Zander and the orchestra, they were audible. The four-part male chorus that eventually also accompanies her was handsomely sung, followed by the similarly attractive four-part female chorus and finally a full 10-part (!) choral texture in the coda (a reprise of the “Praise to the Holiest” theme) again finishing fairly quietly though with a final swell. This treasurable reading should win many converts for Elgar’s and Newman’s masterpiece.