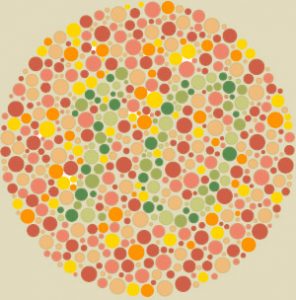 Dinosaur Annex, over the seeming eons since 1975, has pioneered and executed admirable programs dedicated to new and unusual musical repertoire of good taste. Capping its 43rd season with “Conversation Between Ear & Tongue” at Third Life Studio in third-world Union Square Somerville, Dino challenged 40 attendees to savor interplay between musical and culinary delights by participating in experiments that match flavors with quavers.

Modern concertgoers are used to the experience of visual and natural history elements entering the cross-disciplinary mix [cf. my review of On The Wing, HERE]. But examinations of synesthesia in the concert hall are still relatively rare. Synesthesia, the mutual triggering of diverse senses, might (con)fuse sound with touch, taste or color, in heightened confabulations bordering on psychedelic experiences.

Psychology professor Psyche Loui, introduced by Dino artistic director Hubert Ho, exposed us to recent research into the connection / intersection between musical listening and taste sensation. She explained those who experience the grapheme type (1-4% of the general populace) might hear or see a letter or number and sense a color, such as A = green, 1 = red. Visit synesthete.org to test your own propensities. Those in creative pursuits or industries are statistically more susceptible.

Visual/gustatory versions might include associating the taste of chocolate with a purple (Cadbury’s patented candy) wrapper or tasting blood when viewing a throbbing red Mark Rothko mural. After examining some brain scans and engaging in audience interactions, Loui zoned in on our tastebuds, reporting that some aural/gustatory synesthetes’ hearing of a simple violin tune played with dynamic, pitch or rhythmic variations might mirror the four ur-tastes: chocolate straight (bitter) or blended with sugar, salt, or lemon (sweet, salty, sour).

After each musical piece, we sampled culinary “bites” created by chef-gastronomist Jennifer Wu that she deemed “corresponded” to the music. The sole performers were Dino regulars, flutist Sue-Ellen Hershman-Tcherepnin and cellist Rafael Popper-Keizer, with an assist from Tina Tallon on live electronics on Xylography.

For Aaron Einbond’s Xylography, the principals like Lucy Ricardo, had “some ‘splainin’ to do.” Popper-Keiser borrowed a spare cello, lowered its C string nearly an octave, wired it up like an EEG patient, called upon computer specialist Tallon to elaborately amplify and tickle (read: ‘electronically map’) his largely improvisatory rubbing and fondling its wood frame, and finally bowed its strings a little. How did it sound? Like a wild night aboard The Pequod: wind, waves, creaking rigging, stumps along the deck, whale song, both grunt and whinny. And how did Wu think it might ‘taste’? Like a savory mushroom-topped black-pepper blini. Short of a fishy gesture, not bad. Neither oakum nor hokum.

The finale — Dino’s commissioned world premiere, Spring Snow — found composer Reynold Tharp on hand to offer insightful remarks on its composition (“sounds decay, evanesce”), its title (borrowed from a Japanese novel) and honorifics on late composer and muse Olly Wilson*, of whose death he learned just after he’d penned the double bar. This time, Wu’s dessert preceded the music: cinnamon-infused creamy cider topped with a half-pecan.

The brief piece exploded in a multiverse of natural sensations in lively, mutually alert nods, its shards conjuring up buzzing insects, pushing shoots, and trilling birds. An engaging vernal narrative sprung up in miniature chapters with dynamic shifts — patient/edgy, shrill/profound, lento/scorrevole — as tiny mysterious surprises burst forth from beneath the teeming, pent-up earth.

Bottom line: if Dino’s exercises proved fussy, tense and bookish, everything did come out sounding and tasting pretty good. As for the titular query? Strictly academic.

* This morning I rushed to my music den to cue up a 1970 Turnabout LP, purchased for $1 at Zoundz! back when, of Olly Wilson’s Cetus, an electronic piece realized in 1967 in the Studio for Experimental Music at the University of Illinois. The daring and innovative piece, named for the arch-like (whale-shaped) equatorial constellation that mirrors its form and sparkling pointillism, won the 30-year-old first prize in Dartmouth College’s First International Electronic Music Competition, held in 1968.

Fred Bouchard, lifelong music journalist for Downbeat Magazine, The New York City Jazz Record and other publications, has until recently contributed to Massachusetts Beverage Business and Fodor’s Boston. Now retired from teaching music journalism at Berklee College of Music, he pursues interests in writing on travel, nature and wine.

Check out this article about Jennifer’s food! Edible bites that Jen has specially developed in response to each composition will be served to each member of the audience. What you see on the left is a sample of the awesomeness that Jennifer will share with us next week!

Composer Reynold Tharp. Read our interview with Reynold about his experiences writing music.

Many elements in this piece are quite typical of much of my music, such as the oscillating intervals in the middle register (often suggesting a kind of horizon that runs through a piece), a circular form in which beginnings and endings can imply a larger cycle, textures woven from heterophonic lines or from overlapping scales, and an interest in the transient and resonant qualities of sound. In the past few years, I’ve also been concerned with clarity of form and a greater emphasis on melodic line. While I began composing this piece intending to treat the two instruments as equal partners, the result is closer to a pocket-sized flute concerto with the cello taking the role of the orchestra. I suppose this inadvertent concertante approach is actually new in my music.

Olly Wilson’s passing noted as I was putting the final touches on the piece, and in adding the date of completion at the end by the double bar, I noted the day’s sad news as if in a diary entry. Although I was never a student of his, he stands as a model of how one can successfully combine the roles of composer, scholar, mentor, and advocate. Wilson was also a distinguished alumnus of University of Illinois, where I teach, and several times in the past few years we discussed inviting him to campus. Unfortunately, this never worked out, and I’m reminded now of the urgent need to recognize and share works of our living composers of our time while we can.

To check out some of his previous work, see his soundcloud page.

Psyche Loui spoke on the cross-modal association between hearing and gustatory sensation.

Summation: Human brain is capable and flexible enough to learn and adapt to (like) new musical systems with relative rapidity, eg Bowser Scale of 13 pitch ‘octaves.’

Comments Off on Is the Tongue Quicker Than the Ear?