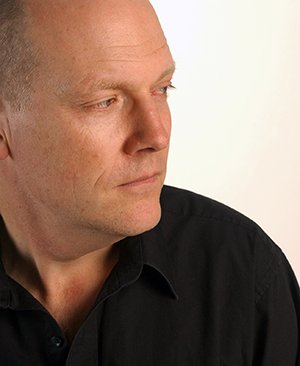 Each season since 2013, the Boston Chamber Music Society Commissioning Club, made up of nearly 30 households of patrons and subscribers, has supported the creation of a new work that features our member musicians and strengthens our commitment to the continuation of our art in our time. Past composers include George Tsontakis, Pierre Jalbert, Harold Meltzer, and David Rakowski.

This season BCMS has commissioned Daniel Strong Godfrey, who has written widely for chamber ensembles as well as for symphonic bands and orchestra. He is founder and co-director of the Seal Bay Festival of American Chamber Music, and currently serves as chair of music of the College of Arts, Media, and Design at Northeastern University. One of his next big projects will be a piano concerto with Gloria Cheng, the phenomenal, Grammy-winning pianist and new-music superstar from Los Angeles.

He talked with me about his new work, entitled Ad Concordiam and scored for oboe, violin, viola, cello and piano, which will debut on Sunday, April 8th, 7:30 at Sanders Theater to mark our 35th Anniversary season.

MT: Welcome to Boston, Daniel. You recently relocated here from Syracuse University where you and Harumi Rhodes were faculty colleagues. She recommended we contact you based on a work on which you had collaborated.

DSG: Harumi and I first met when she played in a performance of my piano quintet on the Philadelphia Chamber Music Society concert series, just a year before she joined the faculty at Syracuse’s Setnor School of Music, where I was teaching. So this concert with the Boston Chamber Music Society will be the third “venue” where we have collaborated.

As a founder of a festival that supports new American chamber music, I wondered who better than you to continue our project—and then you told me of the coincidental photo that more than suggests a sense of community among composers very similar to that among itinerant chamber musicians.

The Seal Bay Festival, headquartered on the island of Vinalhaven in mid-coast Maine, is an opportunity for living composers and top-flight chamber musicians to work intensively together in an idyllic setting, and then take the show “on the road” together, up and down the coast of Maine. Both Harold Meltzer and Pierre Jalbert were resident composers at the festival a few years back. As festival co-director, I shared this adventure with both of them. These mutual connections really do say something about the intensely collaborative enterprise we’re all undertaking to keep today’s music alive and in the public ear.

The title of your piece speaks exactly to what we try to achieve among ourselves as players, and with our audience. What would you like us to know about your piece?

“As a title for my quintet, Ad Concordiam has overlapping meanings, as does its translation from the Latin: toward (in search of, in tribute to, aspiring to) harmony (or agreement, or unity, or…Concord). Having recently moved just next door to Concord, Massachusetts, and having frequented it often since attending high school nearby, I have always found it to be a central locus of my values and my sense of place. When it comes to values, Concord represents historically the ideals that motivated the formation of our union and that established, through the transcendentalists, a new standard for intellectual and moral integrity. I can’t claim that Ad Concordiam is “about” concord—or Concord—in light of the above, but only that this sense of place and these values, which recently seem under threat in our world, have been very much on my mind during its composition.

The quintet is in four parts (Moderato–Lietamente–Scorrevole–Veloce), mostly defined by tempo, played without pause from beginning to end. The contemplative melodic fragments introduced by the oboe at the outset appear throughout the work, but combined, recombined, and expanded into longer themes. Hence the subtitle “Quintet Variations.”

Could you elaborate on this idea that your music may or may not be “about” something?

Well, in a conversation we had not long ago, I mentioned that my muse seems most communicative when what it’s communicating is not constrained by an “assignment” (an a priori theme, a pre-established program or purpose). I find, though, that the music does come together more readily when it reflects a state of mind, a view of the world, that feels deep and personal—but when it (the music) is then allowed to emerge from that inner environment on its own terms. In this case, the title Ad Concordiam is one way to identify the fearful, hopeful, uncertain yet aspirational state of mind that seemed to prevail as I composed.

By now you know that this will be Harumi’s final performance as a BCMS Member Musician before working full time with the Takács Quartet. So, it will be especially poignant for all of us.

It is very lucky for me that she and I were able to make this connection in Boston before she joins the Takács Quartet. She is extraordinary and I’m sure she will be missed here, but she is so richly deserving of this new post that it’s a great pleasure to know her talents will continue to be celebrated.