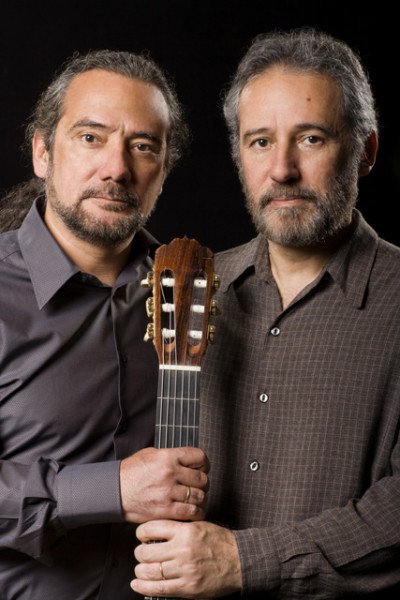 A long time ago, I worked for a large corporation as its Marketing Communications Manager. I departed from my Las Vegas trade show toil and found myself barreling down I-40 eastbound near midnight on a lonely, gusty and snowy route to Albuquerque. I found a faint FM radio signal from the NPR outlet there which was broadcasting some guitar music so utterly enthralling and virtuosic that I pulled into the nearest truck stop, put some money into a pay phone, and called the station to find out who was the guitar wizard I was hearing. Well it wasn’t one player, it was two, and they were the Assad brothers, who had recently recorded their first CD for Nonesuch. First thing when I returned to Cambridge I went to The Coop, bought the CD, and have been an enthusiastic Assad Brothers fan ever since.

Many years later, the Boston Early Music Festival brought the admirable Venice Baroque Orchestra to Cambridge for a remarkable program at 1st Church in Cambridge at which the orchestra’s guest—a mandolin virtuoso named Avi Avital—played Vivaldi, amongst others, and blew the roof off the room! [BMInt review comparing Avital to Jimmie Hendrix is HERE]

So, when Boston Celebrity Series announced a joint concert with Avital and the Assad brothers, there was no holding me back. And, to judge from the almost full Jordan Hall on Saturday, many others felt so moved.  We were not disappointed.

The wide-ranging program opened with J.S. Bach and Joseph Haydn—selections from Bach’s Sonata in E Major for Violin and Keyboard BWV 1016 and the complete Haydn Sonata No. 50 for Piano in D Major, Hob. XVI:37. They were both, as were many of the other works on the program, very skilled arrangements by Sérgio Assad. The three Bach excerpts flowed mellifluously—a soft filigree of delicate lace came to mind. The Haydn sacrificed nothing for energy and flair. As with all of the works we heard Saturday night, hardly a whit of effort was visible or audible amongst these three virtuosi no matter what the technical challenge, though once in a great while a plucked or strummed string might not have spoken quite as the player might have wished.

Next up was a remarkable Assad transposition of Debussy’s La plus que lente, originally for piano, but as the program pointed out, this work has often been arranged for other instruments. In the hands of the Assads and Avital, a remarkable sound painting emerged, sultry and pointillistic, wholly true to its origins, yet unique in timbre. This, for me, was a highpoint of this concert, demonstrating the remarkable creativity Sérgio always brings to his arrangements, and the equally extraordinary subtlety and skill of these players.

Bartok’s Romanian Folk Dances were engagingly atmospheric and flamboyant in their presentation, and the first half ended with the Assads sans Avital playing Brazilian composer Egberto Gismonti’s Baiāo Malandro, an animated folk dance based on music of the indigenous peoples of northeastern Brazil. Its energy, syncopations and toccata-like rhythmic thrust brought the first half to a rousing close.

Avital emerged from the wings to begin the second half of this concert with a dynamic and thrilling improvisation on traditional Bulgarian themes he entitled Bucimis. Among its protean charms is its asymmetric 15/16 meter which lent each of the variations a deliciously untethered, swinging swagger. Avital knows how to build suspense. He began slowly and simply, allowing the music to become faster and more driven as it approached its resounding climax—a real Bulgarian hoedown. Did we witness a wafting wisp of aural smoke rising from his mandolin’s strings? The audience loved it.

The Assads then rejoined Avi and the three presented Astor Piazzolla’s Histoire du Tango, a suite of four tangos, all performed with a requisite sensual panache. 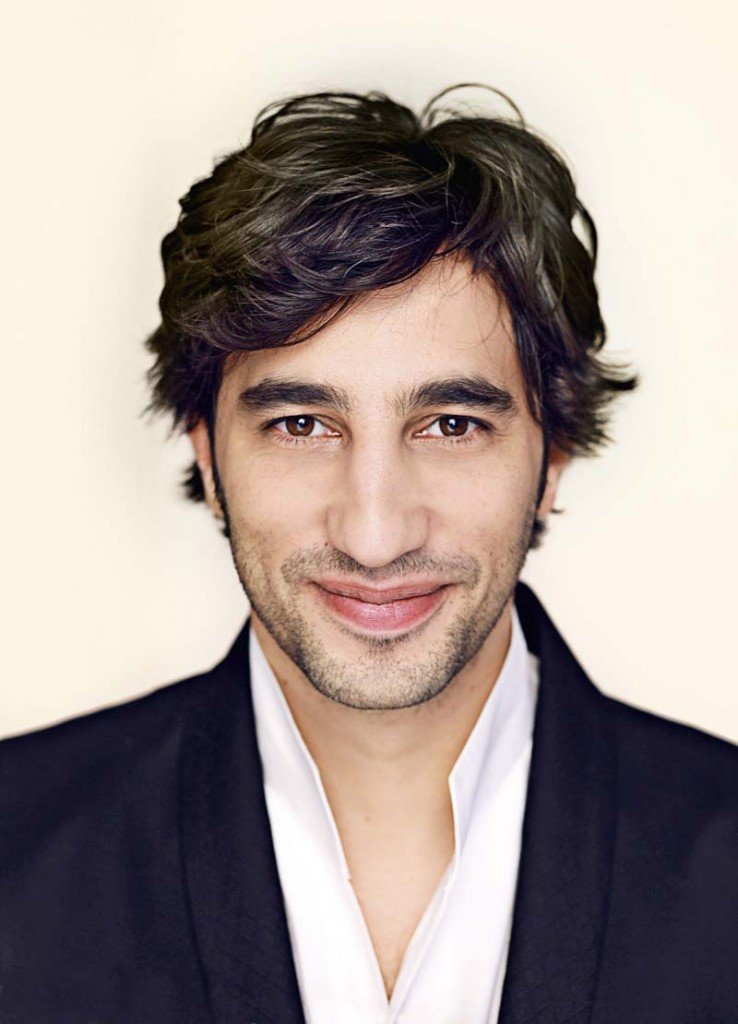 Marc Lavry’s Three Jewish Dances came next, its three movements based on diverse dances.  We heard first a Klezmer-based Hasidic dance, followed by a Yemeni wedding dance. The suite ended with a contemporary Israeli Hora.

The musicians then offered three Brazilian pieces:  Santa Morena by Jacob Bittencourt, Glória by Alfredo da Rocha Viana, Jr. (known affectionately as “Pixinguinha”, and Bittencourt’s Assanhado.  Bittencourt (1918-1969) was a mandolin virtuoso born in Rio to a Jewish mother and Christian father. His stage name was Jacob do Mandolim, and he was close friend with Pixinguinha, so this concert finale made sense as a “cultural exchange” as Avital had dubbed it earlier. Needless to say, all of the virtuoso bells and whistles were sounded, and the audience sprang to its feet at the end.

The trio obliged with a wonderful encore: Sérgio’s canny arrangement of Aaron Copland’s rollicking Hoedown movement from his Rodeo ballet.  A perfect end to a well-nigh perfect concert.

John W. Ehrlich is music director of Spectrum Singers, which he founded 37 years ago. He has been a singer and conductor in the Boston area for more than 45 years.