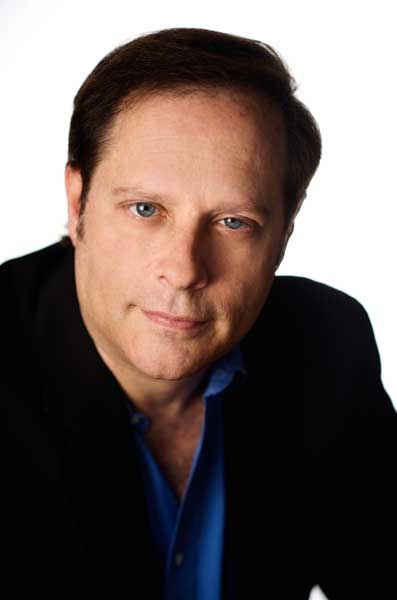 We need more recitals like Michael Lewin’s Piano Masters Series outing last Tuesday at Seully Hall BoCo Berklee, where he is professor of piano. Energetic, various, and with novel repertory it was, much delivered with somewhat oversized scale for the space. (An initially ungrateful instrument did not help.) But you should listen to this guy. Not like most others, Lewin is really, to use the tiredest of reviewer adjectives, interesting.

Beethoven began his career as an outstanding, if likely instrument-oblivious, pianist; in the substantial early (Opus 2 No. 3, the composer 25) Piano Sonata No. 3, we already hear, Michael Steinberg points out, “the play of fantasy, the depth and intensity of feeling, the humor, the rich interaction of expressive content with structure, everything that makes Beethoven who he is, all that is present from the beginning of the voyage”. Lewin had loud fun with No. 3. It makes virtuoso demands right at the start, with nasty trills. Eventually the long opening Allegro has a small surprise coming, being concertolike with an actual cadenza before a big close. The Adagio starts far away, up a harmonically startling third, a Haydn effect. The Scherzo and last Allegro charm more conventionally. Altogether the sonata received from Lewin a generally brawny and boisterous read, not always with the cleanest trilling (lots of pianists have trouble with that), but overall chiseled and, at the first movement’s many punctuating mini-cadences, fondly quiet as well. Masterly pedaling added drama wherever Beethoven collects himself to head home. It was an exciting, rhythmically vigorous start to the evening, aside from wide-dynamic-range moments when you wanted to reach for the volume control.

I believe I’ve never heard together in recital Liszt’s (also in his mid-20s) Petrarch Sonnets, three lovelorn, florid, meditative 5-7-minute songs. Under Lewin’s strong hands No. 47 lilted with power, No. 104 arpeggiated its grandeurs even as the piano began to clash with itself (or perhaps the playing also got less clear), and No. 123, the most complex in structure, fervently rolled, or rather unrolled, its showy sorrows toward the longest-paused last-notes cadence in music, ppp B-flat to A-flat. An almost unresolved mini-pilgrimage it was.

Lewin is unpretentiously droll to observe. No-nonsense, he does not gravely commune with Art after sitting and before playing. He does not conduct with his left hand. In a plain suit, he walks on with purpose. As needed, he mops his brow, clears his throat, and de-cricks his neck like Kramer. And his artistry is not the last word in elegance, polish or even the deepest beauty of tone; or at least those are not chief interests. He may not even be the subtlest of souls; he once had a reputation for a bit of banging. And yet his musicality and his production satisfy in a way that many more refined pianists do not. A keyboard maven in attendance asked, “We learned something, didn’t we?”

At halftime the Steinway received TLC, perhaps even some CPR. The evening then shifted into a different gear and headed southward to lesser-visited musical lands, Lewin presenting a sampler plate, slight to substantial, of Latin American works from 1910 Brazil through ’30s Cuba and ’50s Argentina to contemporary Mexico. (There were no program notes, darn it.) Less-known to your basic Euro- / North America- / Russo-centric reviewer, all pieces may be found on youtube, often in slightly shapelier and possibly more idiomatic renditions. This Latin half of short works began with Federico Ibarra’s serious Páramo Petréo, a 2006 commission honoring a Mexican novelist. Slowly rocking close intervals get commented on by similar bass notes, all spooky or worse than spooky, like Ligeti’s Musica Ricertata in Eyes Wide Shut. Piano students of a certain age will have struggled to strut through Ernesto Lecuona’s Malagueña, maybe in reduction, and here he was again, spreading the fever with La conga de media noche (1930), Lewin catching the slight slipped beats even as the music repeats with close to brutal difficulty, to end in a slick upward glissando. Ernesto Nazareth’s Odeon: Tango Brasileiro (1910) features a descending skipping line over and over with nifty raggy syncopation, and sounded so familiar that I wondered about the Americas’ pop intercourse which must have occurred via sheet music and seafaring performers. Scott Joplin’s famous, if very different, Solace: A Mexican Serenade was written about the same time. So what made Joplin think of Mexico (and where the heck is his local centennial celebration this year?). From the same time, Heitor Villa-Lobos’s A Lenda do Caboclo saddens wistful, bluesy Chopinesque textures with dancy rhythms; Lewin poured the cocktail perfectly.

Throughout, his sway was supple but with rigor to every rhythm figure.

The evening concluded with a return to serious, ambitious yet conservative composition. (Derivative would be a rude description.) Of Alberto Ginastera’s Piano Sonata No. 1, from 1952, it is probably provincial to note that the opening Allegro seems to borrow from Bartok, fierce clusters here emphasized (marcato) with syncopation. With Lewin the perpetual-motion Presto misterioso second movement showed a prancing approach to lean into Chopin’s wind through a graveyard, here outside Buenos Aires. The Adagio molto appassionato’s somber rising arpeggios conjured Debussy, while the Ruvido ed ostinato (ruvido means “rough”) is clearly a Prokofiev knockoff. Lewin smacked its ending out of the hall.

The first encore featured richer Ginastera, “Danza de la moza donosa” (Dance of the Graceful Maiden), from 3 Danzas Argentinas; the second, Octavio Pinto’s Run, Run, begins with a quick flurry that turns to a sort of waltz, and then flurries again. Pinto, not a professional composer, was married to the great pianist Guiomar Novaes. She, in nuanced radiance and limpid hypnosis, was about as different from Lewin as another pianist can be. Doesn’t matter. There are many ways to play the piano, especially with a recital so (pardon me) interesting. Do try and hear Professor Lewin.