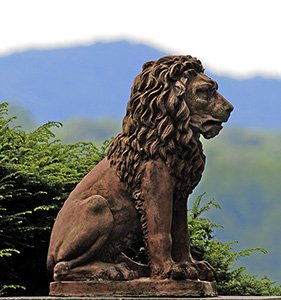 The coming Tanglewood season is full of the usual suspects, regulars, and warhorses, but more than anything else it is organized around the centenary of Leonard Bernstein’s birth. The number of performances, events, and celebrations for Lenny is large, and if the abundance seems overemphasized, we should remember that Bernstein gave his heart and soul to Tanglewood, was one of its founders, and essentially established and directed the conducting program, and so much else. The performances include nearly all of his major efforts in whole or in part. Of the stage works, there are excerpts from Mass and a live West Side Story with film, and complete performances of Trouble in Tahiti (a masterpiece that is almost a work of genius), On the Town, Candide, A Quiet Place (sequel to Trouble), and the ballet Fancy Free. The only major one I don’t see on the schedule are the three symphonies (Jeremiah, Age of Anxiety, Kaddish). There are plenty of other important cross-sections of Bernstein’s remarkably large output (though not nearly as large as it could have been if he hadn’t wasted so much time conducting orchestras; Mahler had to learn that same lesson), including the important and seldom heard Serenade for violin and orchestra (with Baiba Skride). August 25 sees a Bernstein Centennial gala, with the BSO plus a star-studded roster, Nelsons and four other conductors, “joined by members of the New York Philharmonic, Vienna Philharmonic Orchestra, Israel Philharmonic Orchestra, Tanglewood Music Center Orchestra, Pacific Music Festival, and Schleswig-Holstein Music Festival,” all groups with which LB was long associated. The gala will conclude with the finale of Mahler’s Second Symphony. The schedule doesn’t say where this will happen, and the question arises whether the Shed is big enough to hold it all. There will also be a Bernstein Memorial Concert on August 19 that will also include Copland’s Outdoor Overture, a new work by John Williams, and the perennially favorite Concerto for Orchestra by Bartók, the only work of his to be heard this summer. Complete calendar HERE.

The usual masters include:

Beethoven: Leonore 3; Piano Concertos 1 [Wang] and 4 [Bronfman]; of the symphonies only the Ninth (of course) [Eschenbach, August 26]; two concerts, each with three string quartets [Emerson Quartet]; and an interesting scattering of piano solos, including the Opp. 119 and 126 Bagatelles played by Lewis, who offers three Haydn sonatas on the same program, August 2.

Tchaikovsky: opening night with Nelsons conducting Piano Concerto No.1 [Lang Lang] and Symphony no. 5; Tanglewood on Parade with the 1812 Overture.

Puccini: La Bohème, complete and semi-staged, with Kristine Opolais as Mimi, conducted by Nelsons, on July 14, in the Shed, with supertitles.

Sibelius: Symphonies 2 [Tovey] and 5 [Adès, on same program with the Violin Concerto, with Tetzlaff]

Stravinsky: just The Firebird, but the complete ballet [Dutoit]

There are plenty of the other warhorses, typical of Tanglewood or any other summer festival:

A full concert of new orchestral music will take place during the Festival of Contemporary Music (what used to be called Fromm Week), July 26-30, under Adès’s direction.

All of this serves as a reminder that a summer festival is also a good place to try out performances of neglected music that deserves more consideration. The BSO, for instance, has never performed Franz Berwald’s Sinfonie singulière in C major, composed 1845 and one of the best symphonies by anybody during the Schumann-Mendelssohn period; but there was a performance at Tanglewood some years back by the BMC Orchestra, and it would be good to hear another one.

The chamber concerts and piano recitals should confidently put forward some of the most unusual and interesting music of the whole summer. On July 5 the BSO Chamber Players will feature Mozart’s beautiful piano-wind quintet (K. 452) on the same program with Mieczyslaw Weinberg’s Sonata for solo double bass, op. 108. Adès and Gerstein present a two-piano concert on August 1, including a piece by Adès himself, two works by Debussy including En blanc et noir, Ravel’s arrangement of his own Rapsodie espagnole, the witty and ingenious Paganini Variations by Lutosławski, and Shostakovich’s two-piano arrangement of Stravinsky’s Symphony of Psalms (which you can read about in Robert Craft’s diary of Stravinsky’s 1962 visit to the Soviet Union). It sounds like a concert not to be missed. Levit will give a recital with the JACK Quartet that includes Schoenberg’s Ode to Napoleon, Beethoven’s Eroica Variations, op. 35, and Rzewski’s brilliant The People United Will Never Be Defeated! On July 19, the Fleisher-Jacobsen Piano Duo will feature three pieces by Bach, including the lefthand arrangement of the D-minor Chaconne by Brahms, plus works by Brahms, Ravel, and Kirchner (L.H.), to celebrate Fleisher’s 90th birthday. Denk on July 11 promises the Schumann Fantasy and Beethoven op. 109, plus a real curiosity, Liszt’s solo arrangement of An die ferne Geliebte.

I’ve hardly mentioned all conductors and soloists (including at least 10 pianists). The Pops will be on hand, too, and Wait, Wait, Don’t Tell Me! and Prairie Home Companion will lead off what sounds like, at every moment, an interesting, amusing, enlightening, refreshing, and very full Tanglewood festival.