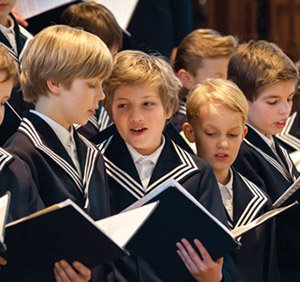 Thomanerchor (St. Thomas Choir) Leipzig was established in 1212—over 800 years ago—and centuries after its founding was led by J.S. Bach, from 1723 until his death, in 1750. During those years they premiered numerous works by the master. A major institution in Germany, the choir operates its own school just a stone’s throw from the church. In celebration of the 500th anniversary of the Protestant Reformation, the Thomanerchor will perform works by Heinrich Schütz, Johann Hermann Schein, Bach, and Mendelssohn. The Celebrity Series concert takes place Sunday at 3pm.

Our interesting discussion with Stefan Altner, general manager of the choir, follows.

FLE: According to the NY Times, “… this is what it must have been like to hear Bach lead the ensemble in one of his cantatas.” As I understand it, though, you believe that for every time in history there is a way to perform and to understand old music. Thus you are not actually attempting to replicate the way your ensemble sounded 800 or 400 or 200 years ago.

StA: That seems to us the best way to stay in contact with our predecessors at St. Thomas’s, to bring the music they gave us as a heritage in a vivid sense performed to our audience. We try our very best to learn what the music needs in order to find the way to the hearts of our singers (age 10 to 18 years) and of course to the audience all over the world.

The ensemble essentially owns the works of Schütz, Schein, Bach, and Mendelssohn that you are bringing to Boston. What are the differences for you in presenting sacred works in concert rather than in their religious context?

Our main duty is to sing three times a week in Leipzig in the Thomaskirche. On Friday in a musical service—called motette—it is like an evensong. On Saturday we perform with the Gewandhausorchester a “de tempore” Bach cantata (with modern instruments) and also some a cappella pieces. And on Sunday morning, we sing the choir church music, with the pastors and the Thomasorganist, in the service of worship.

So when we go on tour it is always our idea to bring a little bit of our experience in making music at St. Thomas Church to the foreign audience. That also means the Thomaskantor Gotthold Schwarz chooses the pieces in the program in order of a church service. So it doesn’t matter if we sing in a church or in a concert hall. Also we encourage the audience not to applaud after each piece,  to avoid a disturbance of the inherent idea of the order of the arrangement of the program.

And the Tomanenchor performs with the Leipzig Gewandhaus Orchestra, which is not a period ensemble; so how do you find a middle way between old and new?

Thomaskantor Schwarz conducts the highly professional musicians with the knowledge of historical informed performing of Baroque music, in a way that can be vivid also on the modern instruments. But of course sometimes we are also very happy to have period-instrument orchestras with us, like in the annual Bachfestival, to get the historical sound in combination with the knowledge of the historical musical rules. That way, the audience gets a realistic impression of the manner and style of Bach’s work as it was conceived. But to be frank, times have changed a lot. In the time of Bach, the boys’ voices broke at the age of around 16 or 17. Now that happens at the age of 12 or 13. Having the young singers in the treble voice / soprano only for a short time represents a big change. The Thomanerchor is not the same as it was in the Baroque time. And we perform the music also with more singers than in the time of Bach.

We do not think of ourselves as a museum of the time of Bach, but we are proud to represent our musical history of more than 800 years.

Do you imagine that Bach and Mendelssohn, to consider just two composers in your DNA, would be pleased with what they would hear in a church service at St. Thomas next week?

In all times it was and is a challenge and struggle to find a way to let the music of the composers sound like it was conceived.

We hear lots of discussion about how many singers and players were involved in Bach’s time. What do you say to the one-on-a-part movement?

For us it is also an academic discussion; we are an ensemble which sings the music from plainsongs through contemporary works, and always we have to make a decision how we will let the spirit of the music come through to the individuals in the audience.

Are there composers writing for the choir now that may become as beloved as Bach and Mendelssohn?

Yes, some, but that is a wide field.

How many of the pieces you are bringing would not exist were it not for your institution?

First of all, the three motets by Bach, and also the pieces from Schütz selected from the Geistliche Chormusik, 1648, which was dedicated by the Dresden Hofcompositeur to the Leipzig Thomanerchor.

The movie Die Thomanenchor gives a vivid impression of what it is like to be a choirboy. Do you think that this splendid anachronism can continue for another 800 years?

We are searching to find ways that parents and children want to be a part of our history and, much more important, to let them learn to embody the spirit and to implement it in their life with singing in a choir like the Thomanerchor.

Will Boston be hearing the forces we would hear in Leipzig? In other words, men, boys, orchestra, soloists? Ringers, or all your own? How large is the continuo organ?

In Leipzig we perform regularly with the Gewandhausorchestra on Saturdays a Bach cantata or, during Holy Week, Easter, Christmastime, the big oratorios or passions. On the concert tour we have only a basso continuo group with us (Baroque cello, chamber organ, pitch A 415Hz). And we have in each venue different chamber organs, because to carry our Leipzig instrument with us would be impossible.

Any thoughts on the essential and despicable aspects of Martin Luther on the Reformation’s 500th anniversary? Would we have had Moses Mendelssohn and his grandson Felix if Luther  had his way?

Luther was essential to developing the choir music in Germany, especially in Leipzig. His idea was that all the members of a congregation should “Sing unto The Lord a New Song,” and the ideas of the Reformation brought in a neverendingly new world. 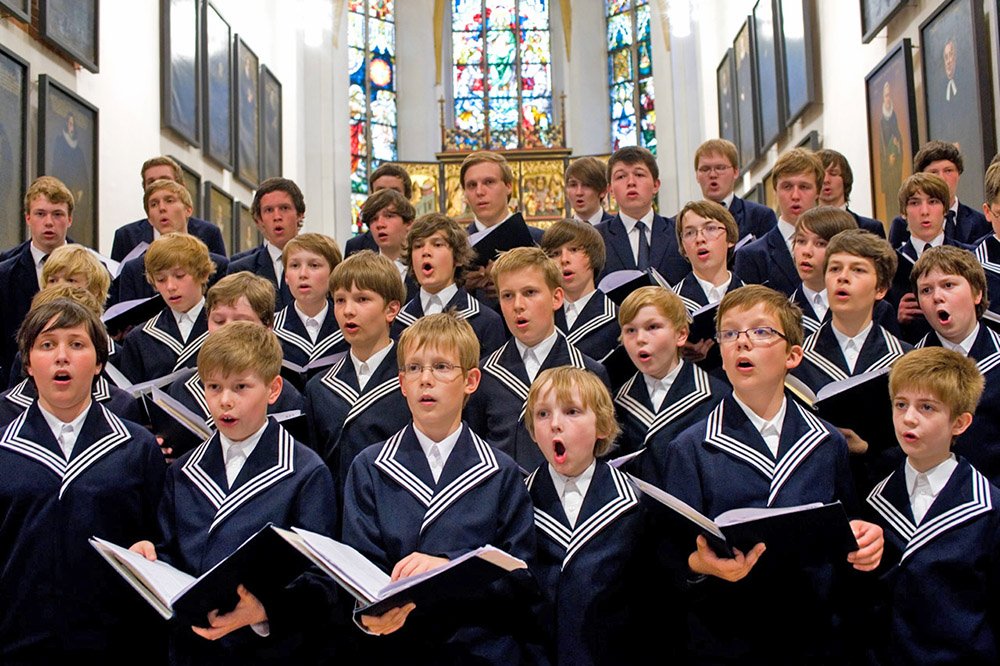