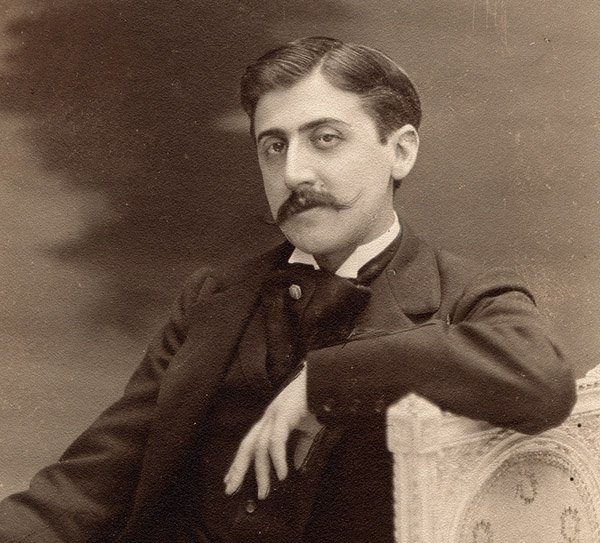 The idea for “In Search of Marcel Proust,” performed by Mistral November 5th at St. Paul’s in Brookline, came to a youthful Julie Scolnik while studying in Paris and reading A la Recherche du Temps Perdu. She noted Proust’s famous genius for depicting sensory experience of memory: “… most astonishing were his descriptions of music, and the visceral experience of listening to it.” Scolnik explained that Proust often wrote of a particular “little phrase of music” throughout his novel and created the composer Vinteuil. In correspondence, Proust wrote that this character represented several such, notably César Franck, whose works deeply influenced Proust, and scholars have long speculated about which other composers and works Proust referred to. As Mistral’s artistic director, Scolnik has created a pastiche to give an artistic feeling for what Proust might have meant by the “little phrase of music.” The composers she chose were all people whose works Proust spoke of admiringly: not only Franck but Chopin, Fauré, Wagner, Beethoven, and Debussy. Scolnik explained that they wanted to include more, but due to time constraints decided on pieces aptly linked to Proust’s “little phrase.” Before each, the performers read from the novel, talked about the author, and shared amusing anecdotes regarding the composers.

Levinson then offered Liszt’s transcription of Wagner’s “Liebestod” from Tristan & Isolde, his enduring smile informed by obvious pleasure. The work crescendos to violent forcefulness before tapering to placidity. After reveling in this tour de force, Levinson was honored with two ovations, the second one standing.

The first half ended with Beethoven’s String Quartet Op. 132 third movement, the Heiliger Dankgesang. Slow and contemplative it begins, Beethoven’s prayer to thank “the deity” after recovering from a serious illness. Suddenly all four instruments pulse in unison, rising in volume, expressing what can only be a great reawakening. This mystifying watershed moment discloses yet again a painful beauty, something akin to rebirth. Kwok’s violin splendidly phrased the melody, caressing with trills. A rich cello line pours forth. All four players (including Qing Hou, violin, and Lawrence Neuman, viola) breathed into one phrase after another, endless, creating waves in what amounted to a fantastic performance: soothing, sublime. Beethoven smiled.

Intermission found the audience enjoying madeleines in a nod to the moment in Proust’s novel where the narrator’s childhood memories are triggered by tasting this pastry dunked in tea. The treat put all in delicious expectancy for Debussy’s Apres-Midi d’un faune for flute and piano, of which Scolnik and Scolnik-Brower painted an intimate portrait.

When it premiered, Franck’s brutally passionate Piano Quintet in F Minor caused a scandal because it became evident that it was meant as a tribute to a young woman with whom the composer had fallen in love. As the pianist, Camille Saint-Saëns, also in love with her, left the stage in anger, as did Franck’s wife, who burst out of the hall in protest of its implications. It begins with an emotional outburst of turbulent crescendos. A motive of lento piano followed by dramatic strings repeats again and again. The first movement ends on a somber note with dark piano sonorities. The second movement questions with a reaching tone, more subdued than the first. A dull cello bow strikes in the midst of the other players. It is galvanizing to the point of sounding nearly errant. But it paves the way for imploring, tortured violin and viola to enter and underscore the movement’s yearning. A dreadful mood expressed by the piano along with two violin plucks ends the movement. This creates an unresolved feeling. The third movement is nonetheless electric, violins bowing fast with anticipation, a feeling of subterfuge dominant, as though the music strives to escape itself. Perhaps it’s pursuing a romantic chase. All culminates in octave bangs, after which the reinvigorated audience literally roared.

Comments Off on No Time Lost with Mistral