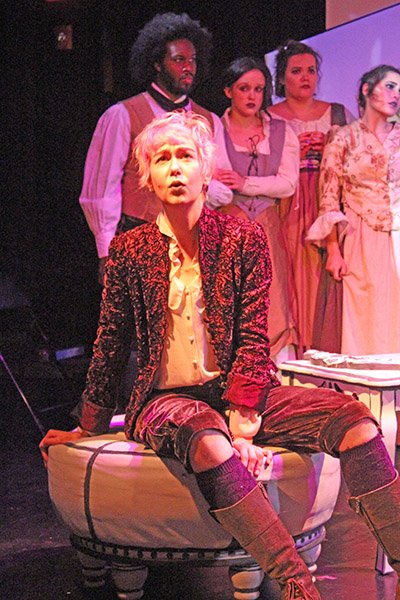 Halloween in Davis Square inevitably brings together Tufts University students, families, and the vibrant and wonderful Somerville queer community, packing the bars, the provincial Davis Square Theatre, and on Friday night, The Rockwell. In this exuberant context, Whole Tone Opera Company hosted an adaptation of Louis Bertin’s Le Loup-garou with new music from Molly Preston, called The Werewolf: A Fiercely Queer Opera (including musical librettist Teri Kowiak and spoken librettist J. Deschene), in the small underground comedy space, which celebrated queerness in opera in the 19th-century style. Comprising students and young professionals in the area, the company is associated with Whole Tone Music Academy, a staple for community music education on Highland Ave in Davis Square.

The night began with an opening act from Parlour Opera Players, whose A Game of Werewolf by Timothy Ayres-Kerr set the stage for Preston’s undertaking. The small box theater with a thrust proved appropriate for a reduced-scale opera of an experimental bent. Disappointingly, both companies faced frontwards for the entire show, leaving two-thirds of the audience to guess facial expressions. After Parlour’s showing came The Werewolf, complete with a marching band-style pit orchestra that supplied a weak, out-of-tune background to the partially-used stage. While the company gave a very spirited presentation of the Halloween work, the music in both acts revealed little more than an amateur attempt at clichéd Rossini.

While the costuming fashioned a very typical 19th century Victorian flair, a few choices frankly seemed bizarre, likely attempting to follow the quirky LGBTIA+ trends. One character wore a full coat of fur on top of what appeared to be jogging shorts, complete with casual loafers. Another wore a purple sports jacket, foreshadowing his genderqueer transformation. Another completely deviated from the 19th century style, wearing tight, leather pants with a lavender vest.

The shallow, vague plotlines supported neither nuance nor finesse. The apparent attempt at an edgy, risky operatic equivalent of the Rocky Horror Picture Show misjudged badly. The only antidote to the over-acted sentiments and perplexingly terrible puns, came in a pleasant lyric aria from soprano Jeila Irdmusa. The problematic celebration of queerness was most troubling; although well-intentioned, it led, for me, to a non-inclusive, forced vision instead of a welcoming celebration of LGBTQIA+. 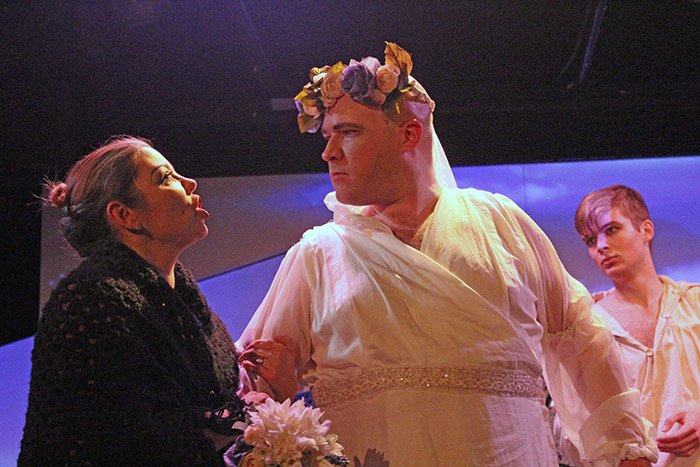 Vincent, in a purple blazer, had the potential to rise above antiquated, cartoonish stereotypes. Towards the end of the night, Count Albéric proposed to Vincent after a fraught, heterosexual love triangle exploded, asking Vincent to be his wife, slipping a wedding dress onto his shoulders, and telling him that his “true form was waiting to be revealed.” Rather than letting Vincent conclude that he identified as a woman, instead this gender role was put upon him by Count Albéric in a selfish move to make the other two in the triangle jealous. Vincent’s gender was fetishized throughout the rest of the act, seeming to convey that gender and sexuality are one in the same.

For all who need their queer fix for Halloween week, The Werewolf: A Fiercely Queer Opera continues at The Rockwell through October 31st.

Rachael Fuller is an MIT administrator who has studied piano and music theory. By night, the concertgoer is also a practicing musicologist.