In “Music in Migration,” A Far Cry explores music emblematic of human migration: Telemann’s musical “world’s fair” Overture “Les Nations” in B-flat major for Strings and Basso continuo, the debut of the first piano concerto by Elena Ruehr depicting soloist Heng-Jin Park’s own immigration story, and Symphony No. 10 for Strings, by Mieczyslaw Weinberg, an exile of genocide and war who vowed to compose in memory of its victims.

Ruehr’s Piano Concerto No. 1, commissioned by A Far Cry for Park, mirrors the pianist’s migration from Korea to the United States at age 10. The piece incorporates elements of indigenous Korean music and Pansori opera alongside material from Czerny Etudes, which Heng-Jin practiced as a young girl in Korea and during her adjustment to life in America, and seamlessly transforms itself to the richness of Brahms—one of her most beloved western composers.

The show runs in Bowld Recital Hall in Exeter NH on Friday, JP Concerts on Saturday, and at the Gardner Museum on Sunday. Details HERE. Answers to BMInt’s questions for Crier (organizer) Miki-Sophia Cloud, Elena Ruehr and Heng-Jin Park follow.

FLE: Your story is at the center of A Far Cry’s “Music in Migration.” Tell us more about your experiences immigrating to the US.

H P: The year that my mother and I moved to the US was an extremely painful period in my life. My father had just passed away at the young age of 41 and left my mother with 4 young children to raise. Also, my paternal grandmother, who lived with us my entire childhood and who raised us, passed away from grief only a few weeks after my father’s passing. My mother had no means of supporting this large brood so she reached out to her sister who had been living in the United States for many years and then decided to emigrate there; however, thinking that it would be too difficult to bring all the children over with her at once, she chose to bring me (the oldest) only and leave the other 3 behind with relatives. She assumed that the separation would be a short one but it would be 2 years before my siblings joined us in the US. Therefore, this immigration for me was not only about losing my country of birth and my culture, but my entire family except my mother.

After our arrival in the US, the transition was extremely difficult to say the least, with both of us mourning all our losses, neither of us being able to speak the language, my being thrust into an elementary school in a completely white community and being teased for being Asian, etc. etc. Music was the only thread carried over from my previous life to my new life in the US and my only consolation. It became even more personal and dear to my heart.

Did you have Western music in your life before you came here?

I started playing the piano at age 5 in Korea, so, yes, I had a pretty extensive Western music repertoire under my belt. I had already started performing in public. I related to Elena how my first piano teacher basically had me doing only Czerny exercises for the first 2 years of my training. I believe this kind of training is why I bonded with the instrument so completely. I also related to Elena how deeply connected I am to the music of Brahms, Chopin, Bach, and I believe those influences are reflected in this work.

Where is that young girl now?

Will we clearly hear the allusions to Czerny and Brahms? Which Brahms, Which Czerny?

E R: because the piece is based on a 12-note set (with tonal implications) it doesn’t so much explicitly quote as use the source material to create original music that is Baroque-Classical-Romantic in nature. Although there are some figurations that come directly out of Czerny piano studies that should be easily recognizable.”

Is the writing virtuosic for piano? For orchestra?

HP: Elena’s writing for the piano in this concerto is exceptionally virtuosic and makes enormous demands on the pianist. I have thoroughly enjoyed the challenges that this piece presented. Her approach to juxtaposing the Korean folk-like tunes with the Western harmonic structures are truly captivating.

The orchestra’s parts are no picnic either. There are numerous passages where the soloist and the orchestra trade back and forth crazy fast cascading 32nd-note passages—and A Far Cry musicians can do it!!!

You are busy with your Boston Trio as well as your own music festival in Portsmouth. Can a whirlwind like Heng-Jin ever be too busy?

HP: I once heard someone wise say, “When you want something done, ask a busy person to do it”. That’s me. I love weaving together the various parts of my musical life.

Miki-Sophia, what can you tell us about how the Telemann and Weinberg make a tasty sandwich with the Ruehr? 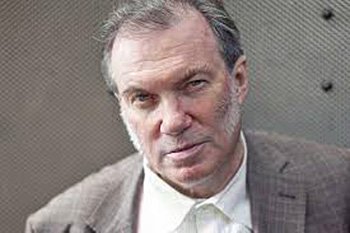 MC: I developed this program during the European refugee crisis of 2015, which moved and troubled me deeply. Great music has always been able to bring me deep inside issues that otherwise might be uncomfortable to consider or beyond my life experience. I wanted to create a program that brings the audience on an empathetic journey as it covers geographic miles. We begin with Telemann’s depiction of what is probably the most common contemporary international travel experience, a lovely trip through Europe, with snapshots of each destination.

With Ruehr’s work about Heng-Jin Park’s path from Korea to America, we delve into more personal territory. Through the piece’s juxtaposition of Korean, European and American musical materials, we get a window into the isolation, confusion, and ultimate triumph of her immigration story.

Lastly, the heart of the program is Mieczyslaw Weinberg’s Tenth Symphony. Considered by many to be among his finest works, he wrote the symphony in 1968, after he had experienced, and lost his entire family to many of 20th-Century’s darkest acts of ethnic violence. A survivor of pogroms, the Nazi invasion of Poland from which he fled as a refugee, and persecution and imprisonment in Stalinist Russia, Weinberg claimed to take ultimate refuge in his music. A remarkably prolific composer with 26 symphonies alone, he found composition as a way to atone for his survivor’s guilt, and to acknowledge the fact that he still had more to do in this life.

Comments Off on Hearing the Feelings of Refugees