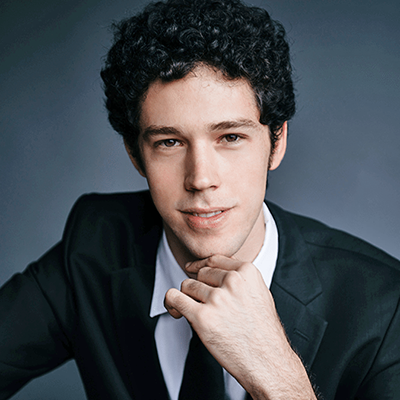 Young pianist Tomer Gewirtzman liked to hinder the natural cadences in Ravel, make predictable the deceptive cadences in Beethoven, and turn upbeats into downbeats in Stravinsky. His Sunday afternoon appearance at the Isabella Stewart Gardner Museum left much to be desired. More experience with these composers’ music and, perhaps, more mentoring from the Julliard faculty, where he continues his studies in the Artist Diploma program, might well raise his interpretive sights to levels of his prolific pianism.

The program included the music of Medtner who is rarely, if ever, heard in these parts of the country. We are reminded in Sandra Hyslop’s inviting program notes that the Sonatine in F-sharp Major “became one of Ravel’s favorite compositions,” after a strange occurrence at its birth. It won first prize in a competition calling for a first movement of a sonata not to exceed 74 measures. However, the prize was rescinded by the jury upon determining that the entry had run 84 measures, instead.

Gewirtzman’s predilection for slowing up at various cadences brought not just an obviousness but a sufficient immobilization to this intimate Ravel. Unevenness in the bubbling undulations leading to their becoming background to, rather than integrating with, the melodic line, drew attention away from Ravel’s fine craftsmanship. Focus could not settle on Ravel’s elegantly wrought harmonies. The middle minuet movement opted for an edgy stateliness rather than the desired tenderness. Expressive sheltering in the Sonatine’s animated close continued requiring the listener to work at getting the message.

The Russian Nikolay Medtner (1880-1951) wrote a considerable body of piano music, his 38 Skazki form a core part of his output. Four of the “fairy tales” validated Gewirtzman’s bountiful dexterity and copious power. He chose from Op. 26, 34, 51, and 20, performing No. 2 from each. For a while, the hippity-hop movement of Op. 26 promised real development, but neither composition nor performance was enough in sync. Content and display lacked conviction. Rapid gyrations and roaring handfuls of notes in Op. 34 could not disqualify either composer or pianist from unfavorable judgement. One ear-perking moment came with echoes of Rachmaninoff in the closer.

With Beethoven, an unexpected moment would seize my full attention, never mind imagination; the gigantic space Gewirtzman summoned in one of those breathtaking false endings of the master of such, materialized after the first very long series of trills late in the Sonata in C minor, Op. 111. Silence at last! Space! Impact.

Once again, however, it was work finding my way into this iteration of Beethoven’s marvel upon marvel, extroverted drama yielding to comic sublimity. There were near moments scattered throughout the Sonata, true, yet the only prolonged interval of extended satisfying listening came in the opening of the Arietta. Gewirtzman sustained the melodic line and the complementing bass line intriguingly. I was holding my breath during every detail and their impeccable placement in a compelling continuum.

Unfortunately, the more the repetitive rhythmic patterns of Beethoven continued, the more monotonous they became under this pianist’s hands.

Three Movements from Petrushka should not have followed the Beethoven. Gewirtzman bore down on the keys. Any dialoguing the ballet has to offer, especially in the piano adaptation, was swallowed up in torrents of furious pianism. Gewirtzman excused just about all the upbeats from the guru of rhythmic invention, Igor Stravinsky.

It was my sense that the smaller than usual crowd on hand truly appreciated this young pianist’s achievements in so far as they went.

Comments Off on Finger Feats and Upsidedownbeats