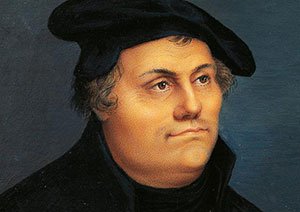 Five hundred years ago Martin Luther undertook the Reformation to protest and purge the Church of a host of corruptions and excesses. Luther’s Deutsche Messe, Ensemble Origo’s concert Friday at Old South, attempted to reconstruct what the music of the Mass would have sounded like to Luther’s. Given Luther’s motivations, the uninitiated (such as myself) might have expected severity, or perhaps a series of vernacular chorales, of which he wrote more than 40. However, the fascinating notes of Origo director Eric Rice revealed that recent scholarship has discovered that early Protestant music may surprisingly have been both catholic and Catholic.

As the Ensemble realized it, this Lutheran Mass alternated spare recitatives in German by Luther himself, characterized by simplicity and straightforward delivery. They were fluid and subdued; even the convention of having the Evangelist’s words sung in a higher range than Christ’s was subtle. Between these came chorales in German by Luther’s primary musical collaborator, Johann Walter, and, perhaps surprisingly, Josquin, one of the major figures of Catholic church music at the time and some 30 years Luther’s senior. Even more surprisingly, they took portions from Josquin’s Missa de Beata Virgine, dedicated to Mary, and sung them in Latin. Rice notes this as the most popular Mass to be used in Lutheran liturgy, a testament to the quality of the composition despite the Protestant mistrust of Mariolatry. (They simply changed the most objectionable texts to deemphasize that adoration.) An interesting conflation of poetry and prose as well as of German and Latin resulted: an opening chorale by Walter preceded the Kyrie and Gloria from Josquin, then the Collect and Epistle as realized by Luther, and so on. It wasn’t quite complete: the sources Rice used included no setting of Lord’s Prayer, so we did not hear it, and at this concert version, no “congregation” participated.

The alternation of Luther, Walter and Josquin provided textural variety, the more elaborate works of the latter set apart by Luther’s utilitarian settings. Where Josquin’s music is architectural, formal and balanced, building up its effects slowly and ineluctably, Walter’s chorales are more elaborate, emotional, expressive. I leave it to the scholars to assess the accuracy or representativeness of the collected works; aesthetically, it rose to top-notch. The alternation of style engaged our intellect, and the Rice’s essay enriched the experience. The immaculate execution positively glowed. Within the constraints of the genre and time, the Ensemble worked with a wide-ranging palette: the “Nu freut euch” of Walter especially radiant, the delivery of the Gospel (John 12:31-36, “Now is the judgment of this world: now shall the prince of this world be cast out”) dark and heavy. With no more than two voices to a part, the intimate chapel at Old South swelled with gorgeously proportioned sound. The singers projected every projected dramatically, and fully realized complexities in all their horizontality and verticality. Soothing but not lulling, richly textured while tasteful and understated, this deep immersion in Luther’s realm fully satisfied.

Comments Off on Reformation Soul Music at Old South