This year three different musicians curate the Tanglewood Festival of Contemporary Music. Each is responsible for one chamber concert, and all three contributed to Monday’s orchestral program. Jacob Greenberg, a member of the International Contemporary Ensemble (ICE) organizes Thursday’s; Kathryn Bates’s occurs on Friday’s concert, and Nadia Sirota is responsible for Sunday. The one obvious connection: all been Fellows at the TMC, and that they are all very young compared to previous curators. In consequence, the roster contains at least 14 composers never heard before at the FCM.

Thursday night’s Ozawa Hall included six works by living composers. Even at the FCM, a program without a dead composer deserves note. Two pieces were by comparatively old masters, Sofia Gubaidalina and György Kurtág; on the other side of the balance, two young composers’ works premiered. Two wildly different voices, one that spoke in vibrating metal (Phyllis Chen’s Chimers) and one jazz-influenced explosion (George Lewis’s Anthem) bookended the inner four.

The sounds in Phyllis Chen’s Chimers emerge from a working toy piano, the eviscerated internals of a toy piano, and tuning forks vibrating on the body of a toy piano. Serious about her instrument of choice, Chen has founded the biennial UnCaged Toy Piano Composition Competition (the next call for scores will be in 2019, it seems). In Chimers, five performers assemble around a toy piano whose top bristles with a set of tone rods taken from a different toy piano. Although the rods produce sound, they require significant striking force to do so, so that the resulting pitch is delivered with much percussive noise. The prevailing texture of Chimers is the constant ringing of these rods, reminiscent of high school class bells, especially when heard at a distance. This is broken by intervals where the players apply tuning forks to the wooden box of the toy piano, producing rich resonances with interesting difference tones and interference. It appeared as if all of the sound from the toy piano was sent to small, cheap amplified speaker that, introduced perhaps deliberate low-fidelity distortions. At times, a clarinet and violin contributed mournful melodies. Chimers’s unique sound-world, and its handcrafted, rough-hewn approach to performance made it an excellent curtain raiser, even if it left one still skeptical about the toy piano as a grand concert instrument.

A cobbled-together mini-recital of songs by György Kurtág followed. Small in number and generally brief in duration, Kurtág’s works compensate with compression and dense expression. They often demand intense concentration from the start if the listener is to follow the argument. His songs are more accessible, in part because the text aids the listener in tracking the course of the music as it makes its brief journey. Ryne Cherry, a baritone, and Daniel McGrew, a tenor, were quite contrasting performers: Cherry is burly and has an impressive mane of hair. The songs allotted him included two unaccompanied Hölderlin Songs, plus a song to a poem by János Pilinszky (at least that is what the program said: the text to the Pilinszky did not match what was sung; my uneducated ear suspects that the printed text was Hungarian, but that the sung text was German). Cherry stalked the stage and brought an unhinged passion to his texts, which ran a gamut from gentle philosophy to a depiction of Hölderlin’s insanity. His presence was overwhelmingly operatic, though he scaled his projection appropriately for a recital. McGrew used facial expressions and intense concentration to bring out the variety in the Three Ancient Inscriptions. He delivered the second inscription, about a man raging about his fiancé’s submission to the master’s droit de seigneur, with particular clarity and ferocity. Joshua Marzan and Adam Rothenberg provided sympathetic and precise accompaniments.

The two world premieres, The Sand Reckoner by Nathan Davis and All thorn, but cousin to your rose, by Anthony Cheung, both tackled immense and intellectually complicated texts, with more than a little struggle. Davis’s work for six voices and celeste supported with electronics delivered itd best moments when the timbres of the voices and the uncanniness of the celeste combined to create unexpected colors. The core text of The Sand Reckoner follows an important work by Archimedes whereby he proves that not only is the number of grains of sand in the world knowable, but that man can conceive and precisely define numbers that can exceed all the physical quantities of the universe. This was written in response to the idea that the number of grains of sand in the world was unknowable or infinite. Hence, The Sand Reckoner. Archimedes accomplishes this through two crucial insights: one, that one can “count exponentially” to posit huge numbers that nevertheless derive from counting; and two, that one can estimate the physical characteristics of the universe and then apply those large numbers thereto. It is this insight that lets me write that there are approximately 1082 atoms in the universe. As a set of concepts, this seems promising for a work of art. As a text, however, it suffers from the fact that Archimedes did not have positional notation, and so had to describe this concept using “myriads” of 10,000 (that being the largest number Greeks would count to), the “myriads of myriads” and so on. Davis sets this text in a kind of group recitative, and there is quite a lot of it. He finds a dramatic arc to the text by increasing its intensity until it reaches a climax where the word “myriad” piles up on itself. The payoff doesn’t quite match the effort. Davis leavens the piece with interpolations from other texts, all of which are a little too much on the nose: there is π, sung to more than 60 digits after Archimedes has given his estimate of the diameter of the earth; William Blake (“To see the World in a Grain of Sand”), the Bible (Genesis 15:5, Sirach 1:1) and a French counting song. Each of these relieves the dominant texture of the work and each has well-constructed moments, but fell less than germane. The final lines of Archimedes (“those who can reckon the sizes and distances of the earth, the sun, the moon […] might enjoy having [my] brought it to your attention”) provoked a laugh. It was a work with noble intellectual intentions whose realization said more about the prolixity of ancient Greek mathematical writing than about its broader visions.

Anthony Cheung’s work All thorn, but cousin to your rose for soprano and piano takes on something even more fearsome: Vladimir Nabokov and the perils of translation. About half of the text takes up excerpts from Nabokov’s famous, scathing 1941 essay “The Art of Translation”; another portion comes from his poem “On Translating Eugene Onegin” and from that translation itself. After a brief fragment of solo humming, the work proper opens in the guise of a lecture: soprano Paulina Swierczek read much of “The Art of Translation,” singing only occasional words. Her delivery, while rather plummier and more italicized than I imagined Nabokov’s voice from the page, was intelligent and humorous in the right places. Like Davis, Cheung breaks up the primary text with interpolations, but these seemed to miss the point. When Nabokov complains how Russian translations of Gertrude’s account of Ophelia’s death substitute higher-class flowers for those the original, “crowflowers, nettles and daisies” transformed into violets, carnations and roses, Cheung set an “interstitial continuation” of round-trip translations of Google Translate through several languages: in all of them, “nettles” remain unmolested. The falling dead-pan delivery brought laughter. Is Cheung making fun of Nabokov’s insistence on fidelity to the text? Is Google Translate just funny? Similarly, in response to Nabokov mocking K. Balmont’s translation of Poe’s The Bells, Cheung sets just the first verse of that poem, in the original. It is pleasant enough, but that first verse just sets up the terror that only later ensues. The stanza doesn’t stand alone, the setting doesn’t stand alone, and it doesn’t make a major difference in the work. Finally, Cheung sets a couple of stanzas of Nabokov’s Onegin, a controversial effort called “bald and awkward” by Edmund Wilson. Here, Cheung’s music gets some purchase, a lyrical voice becomes audible that makes vivid and lively Pushkin’s emotions despite the knottings-up that Nabokov has imposed on them. Swierczek ‘s wafted both rich and nimble, and both music and voice evaporated gorgeously at the end. 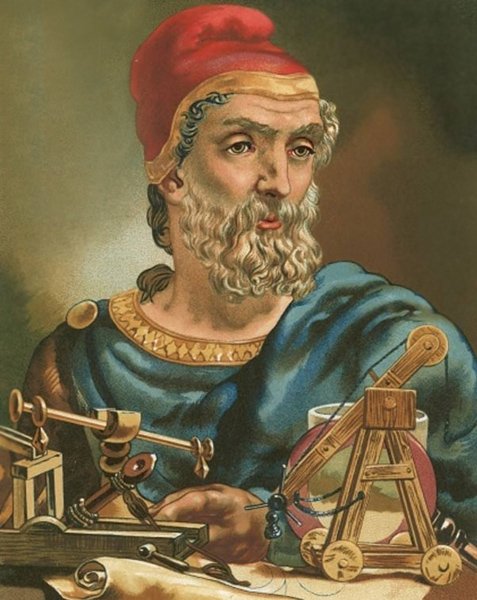 Sofia Gubaidulina’s Meditation for harpsichord, string quartet and double bass, though fitting awkwardly into this miscellany, delivered the heftiest punch. Its ideas and gestures derive from what has traditionally been considered Bach’s final work, the chorale “Vor deinen Thron.”  The harpsichord awakens the ensemble, which cautiously assembles and disassembles the small fragments of Bach at its center, often lead by the double bass. Bach appears in small bits and pieces; then, in a striking moment, sounded with col legno bowing in the bass and cello, coalesces from a great distance. The ensemble struggles to preserve this precious melody, and at the end it suddenly sings it out, a moment at first triumphant but then tragic, as the statement contains the seeds of its own destruction. The harpsichord precipitates the collapse, before shrugging in desultory cadence. Like much of the composer’s work, Medication is formally complex, shot through with numerological and geometric structure. On this evening, with the fine TMC performers, and perhaps in the light of our current geopolitical situation, it felt frightening and dramatic, and disclosed no hint of consolation.

What joy, then, to be sent out into the night with George Lewis’s Anthem, for soprano, flute, saxophone, drumset, piano, soprano and electronics. Brash, loud, exhilarating, and explosive, it nevertheless repaid careful listening (well, as careful as one can be at a first exposure as the music careens past you). The redoubtable soprano Kate Soper thrillingly executed the stylistic demands. The handout contained the Lewis’s entire text of the work, but in this case, Soper sang the core of the text, the phrases “I gotta/I wanna” and “want power,” with complete clarity. As the music crashed around her, Soper came into and out of audibility, at first breathless and jittery, later seductively bullying. Anthem sounded like some of the wackier moments of avant-garde jazz composer Anthony Braxton crossed with Milton Babbit’s All Set (but shorn of its mathematical turgidities). Lewis is in his 60s and teaches at Columbia; this was his first time at Tanglewood and the first time I have heard of him. At the beginning of the second half he participated with Chen, Lewis, Cheung and Greenberg in a talk with Robert Kirzinger, and spoke of James Joyce and James Brown in the same sentence. When Kirzinger made joking reference to this juxtaposition, Lewis spoke briefly and powerfully of the “creolization” of music, garnering scattered, passionate applause. I don’t think we’ve seen many people like George Lewis at the FCM; much praise to Jacob Greenberg for bringing him to our attention.