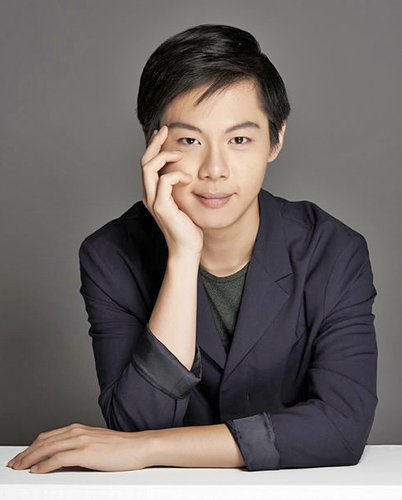 Have you ever attended an all-Liszt piano recital? If not and you wish to, look for one played by Han Chen, who did just that Monday evening in the Foundation for Chinese Performing Arts Music Festival at the Walnut Hill School. The Taiwan-born and Juilliard-trained (bachelor’s and master’s) pianist currently studies with NEC’s Wha Kyung Byun.

It’s not simple to report what happened here. Chen’s playing, close to superhuman, astonishes, again and again. There seems nothing he cannot do, and with grace, musicality, even bounce. Yet Liszt the man, his episodes, and his programs perplex again and again. Charles Rosen (student of a Liszt student) observed “most performances of Liszt are generally intended not as a specifically musical experience, but chiefly to display the pianist’s technique”. Chen does both, to a fare-thee-well. Yet Liszt remains episodic in a way often difficult to appreciate. Alfred Brendel, on the “allure of the fragmentary”: “It is the business of the interpreter to show us how a general pause may connect rather than separate two paragraphs, how a transition may mysteriously transform the musical argument. … By some process incomprehensible to the intellect, organic unity becomes established…”. I don’t know about that. But if it can happen, Chen is today’s provider. One can understand how he got the Liszt Naxos deal he did, with a debut CD of opera transcriptions.

The Wikipedia note for Ballade No. 2 In B Minor (1853, the composer early 40s), taken from a Tanglewood booklet, author uncredited, makes you wish Liszt lived now, to score for the modern horror genres: “… he drew his program from Gottfried August Bürger’s once widely read Gothic horror ballad Lenore [, which] tells of Lenore’s wild hundred-mile midnight ride with the zombie of her recently slain soldier-fiancé, toward a cemetery where their nuptials are solemnized amid a riotous gathering of skeletons and specters”. Chen made this mini version of the B-Minor Sonata fully as strange as it needs to be.

The Bellini I Puritani: Introduction et polonaise, by a younger Liszt (from 1840), is more intelligible, and Chen made it sparkle and explode even more than in his recording. The Bellini-inspired Grosse Concert-Fantasie on Sonnambula, from the same period but reworked more than three decades later, introduced Chen’s jawdropping pyrotechnical chops. With radiance and zero clatter, he shocked the air in Keiter Hall with runs and scales in both hands, pausing for rousing tunes in the middle, and then miraculous feats to the end, with passagework of velocity and accuracy and number of notes per unit of time such as you seldom see or hear. Several times he bounced off the piano bench, although as far as I can recall he did not put his foot up on the keyboard.

(This operatic transcription, audience-free, shows both the musicality and the miraculous technique which Chen has developed. Check the righthand at 6:20ff, not loud and flashy, just nuts to write and play; listen to the sound created 14:21ff, not only hands but masterful pedaling, like a god out of a machine; and when Chen is really motoring, 16:51ff, you probably have to stop staring at the impossible digit doings in order to hear what he is achieving.)

After break came the youngest piece yet, Liszt mid-20s, the Rondeau fantastique sur un thème espagnol — El contrabandista. More than one pianist has declared it unplayable, perhaps intentionally written to be so. Actually, it’s cute: tuneful and structurally accessible in a Marx Brothers or maybe a videogame way, with melodies conveyed by lots of those wide-interval skips and jumps. Nonetheless it felt as though we had arrived at much of a muchness, a lot of Liszt going a little way. Chen played this quasi-transcription more humanly than the preceding, his wonderfully mobile mouth silently singing and exhorting his nods and headshakes or maybe just responding to the wonder of it all, thrice the notes of a normal piano recital. The ending exploded marvelously.

The big Sonata ended the Lisztian night. Even though Chen found the ways to show how that work echoes itself, the handful of themes cycling back to find their partly buried repeats, much of it seemed undersavored, other of it oversavored—a subjective and probably ultimately meaningless thing to say about Liszt. Perhaps I was tuckered out. But even as he dramatized the work’s form, Chen does not yet have the fullest sense, nor has he developed the long view that produces sweep and arc and ultimate grandeur. Righthand parts were a bit in shadow the entire evening, and here in particular it was noticeable that the left hand starred. The ending did roar.

Alas, the audience insisted on an encore, so Chen obliged with the Schubert G-flat Major Impromptu in a read so soupy, trembly, and rhythmically wayward that it had been better left unplayed. In that moment, one felt badly for Schubert and for this outstanding artist; but the Liszt reverberates.

Comments Off on Lisztian Lightning from Han Chen