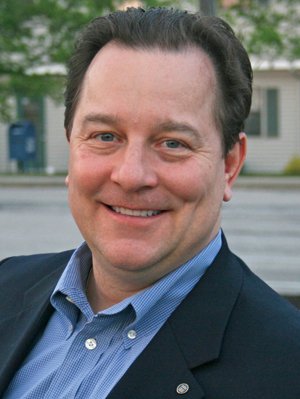 One year shy of its 50th anniversary, the Newport Music Festival has disclosed that the family behind its operation since 1975 will cease to be involved following the conclusion of this season.

Artistic Director Mark Malkovich IV, and his 85-year-old mother, Joan Malkovich, an invisible but potent force in the office, recently announced their retirements a year before the celebratory anniversary season that they had been enthusiastically touting only a couple of weeks earlier.

While he was not the founder of the enterprise, paterfamilias Mark Malkovich III transformed it to an international extravaganza. Papers of record such as the New York Times and the Boston Globe took frequent note of the imaginative programming of unjustly neglected romantic chamber music in robber-baronial venues, and celebrated the debuts of both young and legendary artists anointed by M3.

Former Globe classical critic Richard Dyer recalls an early visit to Newport with his predecessor Michael Steinberg when Metropolitan Opera diva Regine Crespin sang. But it was M3’s uncanny ability to persuade important pianists to come to the festival that most characterized his reign. Dyer continues, “Among the elderly and legendary pianists he presented were Vlado Perlemuter, Magda Tagliaferro, Earl Wild, Sergio Fiorentino, and Dame Moura Lympany. Midcareer people he gave a boost to were Dubravka Tomsic, Cecile Ousset, and Maria Tipo among others, and his youngsters included Andrei Gavrilov, Nikolai Lugansky, Gergely Bogany, and Jean-Philippe Collard. There were a lot of competition winners, violinists and singers, and he had also assembled quite a capable and ever-expanding cadre of resident artists to play in programs of unusual music and his annual summer surveys of someone’s complete works.”

One of the glories of the festival is the excitement that comes year after year from newly acquainted musicians winging it on one rehearsal. That the results have been so consistently good testifies to the chops and sightreading abilities of farflung players who encamp in luxury dormitories across the street from the Breakers.

My own enduring memories, even when Marc Andre Hamelin played Alkan or Bella Davidovich extended her legend, center on a dinner-jacketed M3 always present, presiding with pride like Anthony Athanas at Pier Four. Considering how he embodied the festival, it must not have been easy for Mark IV to succeed to command after his father’s death, in a traffic accident in 2010. Yet Malkovich mère and fils soldiered on for seven more years. Could they have done it without Elmer Booze? Known to audiences as the page-turner, the former research librarian at the music division of the Library of Congress was also the individual who uncovered and recovered a lot of the “lost” music that was revived.

The 49th season of the Newport Music Festival will take place July 7-23, with 57 performances in 11 venues in and around Newport, including the celebrated Newport Mansions such as the Breakers, Chateau-sur-Mer, the Chinese Tea House at the Marble House, Blithewold Mansion, Gardens & Arboretum, and the Elms. The festival will include over 80 musicians from around the world. Tickets and more information are available at www.NewportMusic.org.

According to management, highlights include:

Responsibility for planning and executing the 50th-anniversary season will devolve to Pamela A. Pantos, opera singer, speaker of five languages, musicologist, and nonprofit-organizational guru. Word has it that ingredients in her secret sauce will include more full-time ensembles and more American performers.