Hard to think of how anything could be more blissful: an entire afternoon of Dvořák Quartets, played by the superb Miró Quartet, in the lovely surroundings of the Maverick Concert Hall in Woodstock. Not including the wonderful but overplayed “American” Quartet. And with cooperation from the climate, which was very comfortable. That’s what we got on Sunday, June 25. And for a listener who has a portrait of Dvořák hanging on his living room wall, it couldn’t get much better. But it could have gotten a little better.

The program opened with five selections from Dvořák’s “Cypresses,” a series of 12 songs (from a cycle of 18) written by the young composer for voice and piano and arranged for string quartet by Dvořák more than a decade later. These pieces are little gems. The performances were lovely, enhanced by readings of the original song texts. Violist John Largess could have another career reading for audiobooks if he wanted one, and the others were fine also. 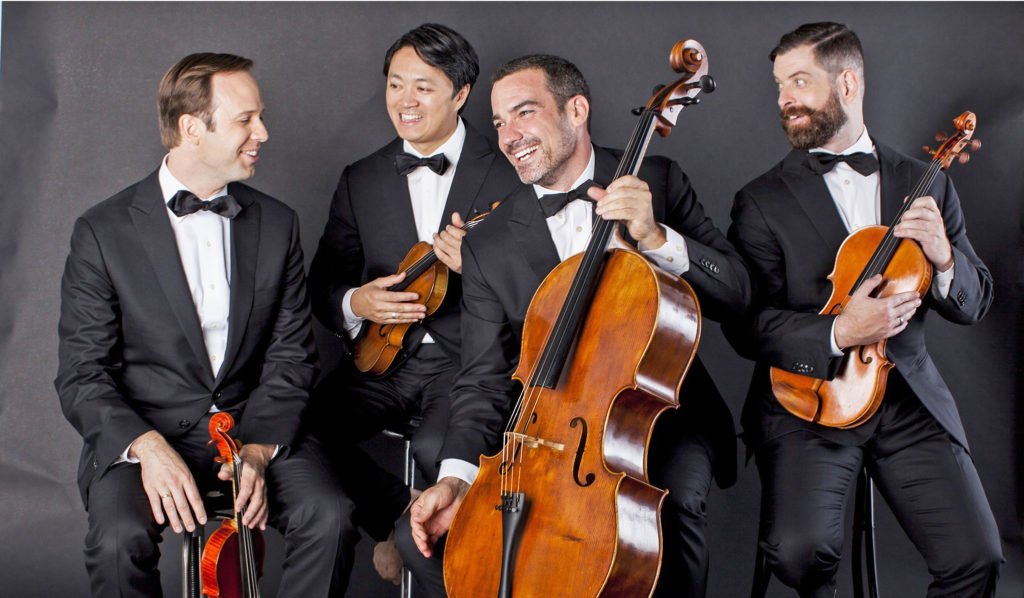 The Quartet in D Minor, Op. 34, is already the ninth of Dvořák’s Quartets but it’s the earliest one which regularly gets any performances. (Most of the earlier ones went unpublished in the composer’s lifetime.) It’s a wonderful piece and I would be happy to hear it every year. The Miró performance was altogether admirable. This ensemble produces a particularly beautiful sound. Its approach to the music was mellow but still dramatic and had a “lived in” quality, as if the players had been working with it for a considerable time. The superb balance was another plus factor, as was the tender, melting quality of the Adagio.

But I wasn’t as happy with the playing of Dvořák’s last string quartet, the Quartet in A-flat Major, Op. 105 (actually written shortly after Op. 106). Here the drama seemed to take over at the expense of the composer’s characteristic qualities. The first movement was a bit aggressive for my taste, the second considerably too aggressive. Things improved considerably in the Lento, which was very mellow and highly emotional, just right for Dvořák. But the high-octane finale was once again somewhat over the top.

I don’t mean to imply that the Miró Quartet did any injustice this piece. That’s far from true. But the group’s approach to 3/4 of it wasn’t to my personal taste, and kept the concert—like nearly everything else in my experience—from reaching my lofty ideals.