Newton becomes Nürnberg for a night as Meistersingers duel for artistic gold rings (Niebelungen beware). An audience of Hans Sachs manqués attempting to tilt the decibel meter for their favorites at Newton Highlands Congregational Church (and again at Mechanics Hall in Worcester) will witness contests of glass-shattering and wallpaper-stripping from a cohort of Russian and Ukrainian baritones and tenors armed for bear. Additionally, two prima donnas promise to provide inspiration, color, and relief. Voices and egos will be large, but so too should be the artistic rewards for those with big appetites.

To provide a chivalrous  joust to settle matters involving honor, love, and musical chops, David Gvinianidze has authored this musical contest between the two male vocal timbres involving larynxes at close range, with attendant bantering and bellowing. Yelena Beriyeva, virtuoso pianist from Georgia, will preside at the piano while dodging the high notes.

Raúl Melo has performed in practically every prestigious opera house in the world, including the Metropolitan Opera. He is originally from Cuba, and his voice has been proclaimed as “magnificent” by critics, and compared with Luciano Pavarotti’s legendary timbre.

Benjamin Sloman hails from Australia and possesses a “voice of staggering power and technical excellence” (Australian Opera News). A soloist with Sydney Opera Theater, Sloman was supposed to follow in the footsteps of his famous brother, cantor David Sloman, but the opera world offered Benjamin instant recognition of his exceptional talent.

American tenor Adam Klein performed as soloist at the Metropolitan Opera as a young boy, and then returned in 2000. He has performed many solo roles, as well as Loge in Das Rheingold with Bryn Terfel and Eric Owens (which was broadcast in movie theaters all over the US). In addition to being a professional tenor, Klein is a linguist, composer, and American folksinger.

Anton Belov has been named “a champion of Russian diction”. His textbooks are used in many conservatories throughout the US as an authoritative method of teaching Russian diction to the singers. As to his singing, Belov’s baritone was described by the New York Times as “… a rich, mellifluous voice”, and Opera News enjoyed his “performance of emotional honesty, singing straight from the heart”. A competition favorite, Belov has placed first in eight prestigious events including the George London Competition, Metropolitan Opera Competition (Eastern Region), Licia Albanese-Puccini Competition, and others.

Vasil Kolkhidashvili has conquered the hearts of the audiences with his acclaimed interpretations of such tour-de-force roles as Rigoletto and Renato. He has sung with New York City Opera, New Jersey Verismo Opera, and at Carnegie Hall, among other places.

David Gvinianidze, founder and president of Talents of the World, recipient of the UN Medal for promoting arts and culture, has performed with Batumi Opera (Georgia) and at Carnegie Hall; his lyric baritone, full of youth and power, is perfect in many musical genres, from opera to American songbook to jazz, where he shows that solid classical technique, coupled with his passionate nature, make performances unforgettable.

Christine Petkus, Canadian, is a “standout [who] showcased her vocal agility and dramatic abilities”. This is Petkus’s début with Talents of the World; her repertoire includes some of the most demanding soprano roles, such as Norma, Tosca and Turandot.

Olga Lisovskaya is a Ukrainian soprano and director of Talents of the World (USA branch). Hailed by critics as a “wonderful coloratura soprano with the flexibility to caress the highest range notes,” Lisovskaya has performed with many opera companies in the US. She is also an active concert performer, whose uniqueness lies in Ukrainian classical repertoire performances, which have received glowing reviews and were featured on American and Ukrainian TV. 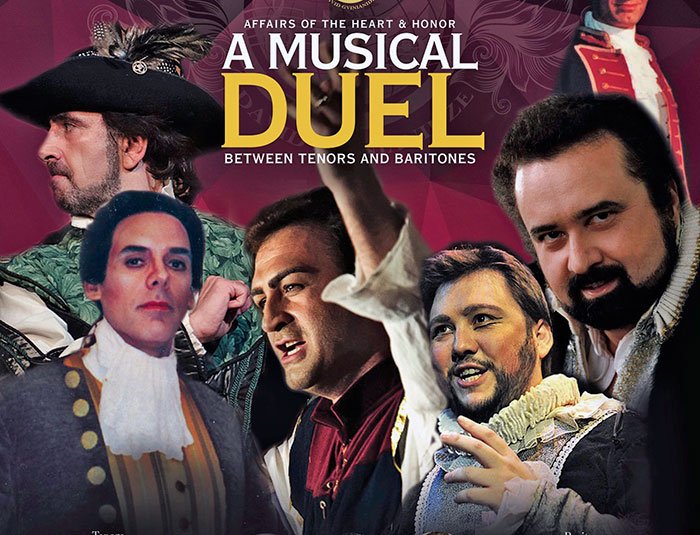 Yelena Beriyeva is a virtuoso pianist from Georgia. A child prodigy, she played a concerto with orchestra at the tender age of five. Beriyeva is a winner of several international piano competitions and regularly performs as soloist with orchestras in Europe and North and South America.