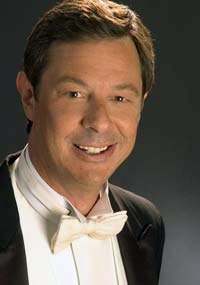 Following an opening night gala by Renaissance Men, Boston’s acclaimed male vocal chamber ensemble on June 2nd, at 7:30 in the Village Church, the Nahant Music Festival has inked three concerts and associated masterclasses during the subsequent 7 days and nights. The complete schedule is here.

Artistic director/baritone Don Wilkinson, a Boston fixture for 30+ years, and his festival are herein profiled in a first person-styled account by executive director Eric Christopher Perry.

I was born in Salem, and so I’ve always been a North Shore guy! I’ve lived in the Boston area my whole life. My mom was very instrumental in getting me piano lessons when I was age 6. I was in the children’s choir at St. Peter’s Episcopal Church in Salem. Throughout my time at Beverly High School, I had a wonderful musical education there. I wanted to study music in college, but I was reluctant because I heard that it was very difficult to make a living, especially in the beginning. So, I chose Lowell University and did electrical engineering, but I also studied voice with Ivan Oke.

I was a microelectronics test engineer at GTE but when I was a senior in college, I auditioned for Craig Smith at Emmanuel Music when I was 23 years old, because I saw in the ad in the paper about their Bach cantata series. I had no idea what Bach cantatas were, but after I explored the repertoire and learned more about Emmanuel’s reputation I knew it was the person I had to sing for first. That was in 1983.

After I started singing for Emmanuel Music, I then began to sing with Boston’s other venerable musical groups like the Handel and Haydn Society, Boston Baroque, Boston Camerata, and Cantata Singers. I still owe this in thanks to Craig Smith, who I consider to be one of my greatest teachers and mentors. I also consider John Harbison to be one of my great mentors as well. It wasn’t long before I decided to sing full time.

I was fortunate enough to participate in young artist programs in the past: Tanglewood, Carmel Bach Festival, and others, and knew that someday I wanted to give back to young singers the same way. I have been living in Nahant for 15 years and I love it here. You know that famous line, “It takes a village?” Well, that’s definitely what Nahant is. It’s an island. And there is a strong community that has already developed a strong cultural landscape outside of Boston. We have Jim Walsh at the Ellingwood Chapel Music Series, and our devoted Nahant residents to thank for that.

We have taken in nearly 20 vocal apprentices over our last four seasons, both local singers and young artists from around the country (and Canada). They have house stays, we cook meals family style for them, and they get to participate in concerts and sing in masterclasses with some of the world’s great teaching artists for the Festival’s two week run. This year we had a record number of applicants, and as our Festival gets stronger, the decisions get more difficult!

We open this season with a concert by Renaissance Men, the new male vocal chamber ensemble in Boston that is doing really exciting things these days. This year we feature a double cast production of Gilbert and Sullivan’s H.M.S. Pinafore, semi-staged, directed by Don Bravo, with musical direction by Timothy Steele, and with the Spectrum Singers directed by John W. Ehrlich as our guest chorus. We also will give our annual concert of Bach Cantatas with members of the Emmanuel Music Orchestra, as well as a night of world premieres of song cycles by various composers.  And because we are the Nahant Music Festival, we want to connect with our home as much as possible, and Nahant Calling by Francine Trester, which will sung by our Vocal Apprentices and will prominently highlight the Island in this musical way.

The first time I worked with Francine was in her opera 334 Bunnies back in 2012. I played the role of Officer O’Hare. It was one of the most difficult pieces I’ve ever sung, and some of the most satisfying music I’ve ever performed. In the second season, the Nahant Music Festival commissioned Francine to premiere her opera Sleeping Beauty.

And on this same concert, I will premiere Audubon’s Birds I with Shiela Kibbe at the piano. 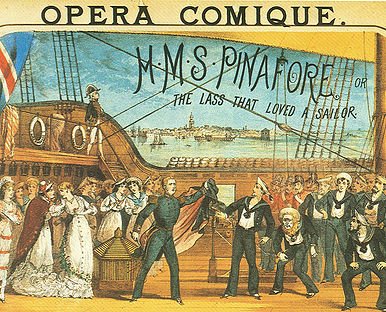 When I was a Tanglewood Fellow, I would wake up at 6:00 AM when everyone else was asleep. I had a library copy of Peterson’s bird guide, and would go birding every morning. At that time, I was living in the city, and didn’t realize how much beautiful nature I was missing out on. I’ve since given bird touring guides across the world, and have seen over 700 species. The song cycle, with songs composed by some of my favorite composers, also ties in my other life’s passion.

I close with some advice. As a young singer these days, you have to be able to multitask and be musically versatile. You have to be able to do a little bit of everything, and do it well. That is why our Festival is so musically diverse. Also, information being so fast these days, you always need to be on top of auditioning. Always. I’ve kept a list of everyone I’ve sung for, every performance I’ve given, and all the information regarding those, since I began. This list is really important, and should always be growing as you continue to work your way to making a living